Summary: After updating your Mac to the latest macOS Ventura, you find your drive read-only. This article from iBoysoft provides you with three ways to gain full NTFS read and write support with a professional NTFS driver - iBoysoft NTFS for Mac, format NTFS, or BootCamp Windows installation. 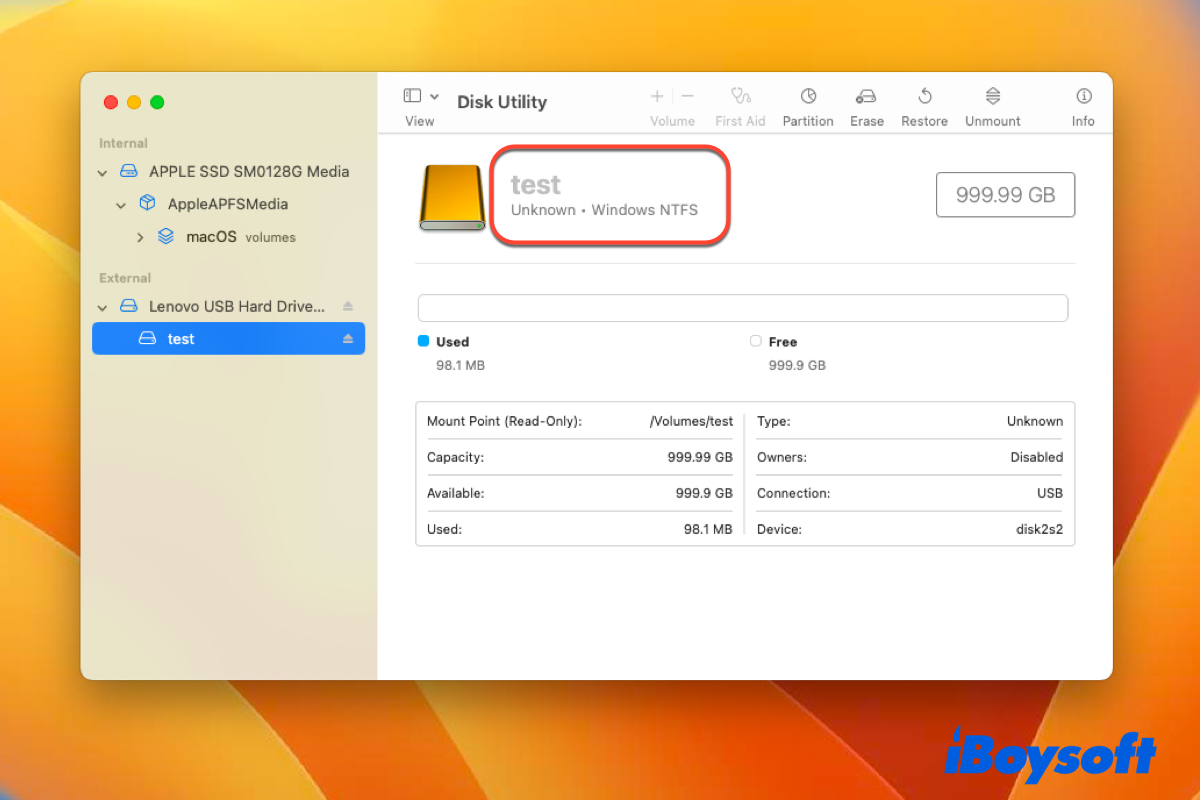 macOS Ventura finally came to Mac users on October 24. However, the problem that users cannot write to the NTFS drive on macOS Ventura still exists. 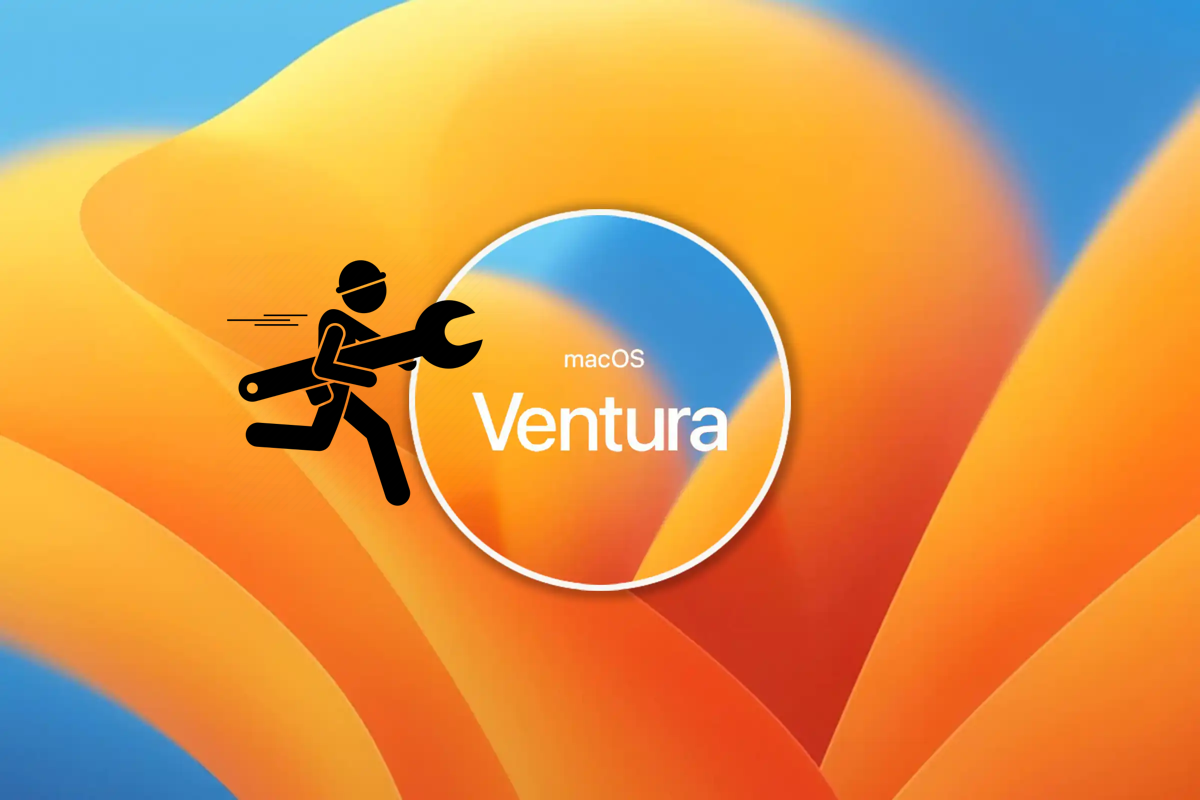 Top 10 macOS Ventura Problems and How to Fix Them

This article from iBoysoft is a roundup introduction of the 10 most common macOS 13 Ventura problems and illustrates the most effective solutions to each problem. Read more >>

Even worse, macOS Ventura has ceased the support for manually enabling NTFS write support in macOS by an end-user, which shuts all free NTFS for Mac drivers out. Don't quit just yet. This article provides you with three alternative ways to gain write access to the NTFS drive on macOS Ventura. How to write to the NTFS drive on macOS Ventura?

A free NTFS for Mac driver is an ideal option for occasional use instead of a long-term solution because it is unstable. Now that macOS Ventura has completely turned down the free methods, the ways to enable writing access to your NTFS drive are limited. The 3 ways include:

Use iBoysoft NTFS for macOS Ventura

iBoysoft NTFS for Mac a robust NTFS for Mac driver as well as a basic disk management tool. It immediately mounts your NTFS partition in read-write mode as you plug your device into a Mac computer. This software has been upgraded to perfectly work with macOS 13 Ventura and all Intel/Apple silicon Macs. Any external drives including SD cards, external hard drives, USB flash drives, etc. formatted with the Microsoft NTFS file system can be easily managed.

How to write to the NTFS hard drive on Mac with NTFS for macOS Ventura by iBoysoft?

It's really simple for you to use iBoysoft NTFS for Mac with its clean and user-friendly interface. Here is how:

You can always format NTFS on Mac to make it fully compatible with macOS Ventura. If you have many important files on the NTFS disk, formatting is the least recommended.

If you have an empty hard drive or the NTFS hard drive doesn't contain any important data, you can format it with Disk Utility. The instructions below lead you through the entire format procedure by using the example of formatting NTFS to APFS for Mac users only:

Moreover, if you intend to apply the NTFS drive on Mac and Windows, you'd better format it to FAT or exFAT instead. FAT and exFAT file systems are supported by Mac and Windows.

If you're using a previous Intel-based Mac installed with the latest macOS 13, You have one more option than those who are using an Apple silicon Mac for accessing NTFS with full read and write capability. You can install Windows on an Intel Mac by using Boot Camp Assistant, and then read and write your NTFS drive natively after booting into Windows on Mac.

Installing another operating system on Mac's startup disk will bring much inconvenience. For example, you need to switch from macOS to Windows for writing an NTFS drive. Also, the Windows partition takes up your storage and you can't write to the Windows partition on your Mac when running macOS Ventura.

What happens when you use an NTFS drive on macOS Ventura?

Microsoft NTFS is the most widely used file system as it is the default file system for the modern Windows operating system as well as its high security and flexible allocation of capacity. However, the NTFS file system is not fully supported on macOS versions. That's because NTFS is a proprietary file system developed by Microsoft for Windows, and Apple Inc. doesn't have a license to implement it.

After you connect an NTFS drive to your Mac through the USB port, the drive will be mounted automatically and shows up on the desktop, but in read-only mode. You are allowed to open your NTFS drive on Mac and view the contents. But you cannot write to the NTFS drive on Mac, which means you can't make any changes (edit, rename, create new, convert, delete, etc.) to the drive or files on it.

Fortunately, you can gain full read and write access to the NTFS drive on macOS Ventura with the right tools.

Free NTFS drivers will not be supported on macOS Ventura

Mounty for NTFS on Mac is a free NTFS for Mac toolset, and it enables you to write to your NTFS drive on macOS Monterey and any previous macOS versions for free. Nevertheless, its developer talks that Mounty stops providing NTFS for macOS Ventura support due to technical issues.

Apple has changed the entire mount process from the previous kernel based architecture toward one that runs in user space. The ability to mount NTFS file systems in read/write mode was never a supported end-user function, and was only implemented in NTFS kext to support the BootCamp install process. This is now obsolete in Ventura and deactivated in the UserFS NTFS plugin. And sadly Mounty will not work anymore.

Moreover, the approach to force open Mac's NTFS to write through Terminal is impracticable, either. Apple removes the /System/Library/Extensions/ntfs.kext kernel on macOS Ventura. Mac users, hence, lose the channel to write to an NTFS drive without this kernel.

How to write to an NTFS-formatted partition then? The first part already explains three approaches to help you bypass the NTFS support limit on Mac.

As a major macOS update, macOS 13 embraces lots of new improvements, including wonderful features in Visual Look Up, Sticky Notes for Mac, Apple Notes, Stage Manager on Mac, Continuity Camera, and the Photos app that allows you to delete duplicate photos on Mac easily.

So many exciting new features, but still no full NTFS support on macOS Ventura. Hopefully, this article will mitigate your pain after knowing macOS Ventura terminated the kernel for NTFS writing support through the terminal and free drivers. Using a professional NTFS for Mac tool like iBoysoft NTFS for Mac is the best and easiest way to manipulate your NTFS drives on macOS Ventura.

QWhy can't my Mac running macOS Ventura write to my NTFS-formatted drive?
A

Because NTFS is a proprietary file system Apple hasn't licensed, your Mac can't write to NTFS natively. When working with NTFS files. You'll need a third-party NTFS driver for Mac if you want to work with the files. iBoysoft NTFS for Mac drive is highly recommended for its powerful and excellent function.

QHow can I edit the files in my Seagate NTFS drive on my MacBook Air 2020?
A

QWhy can't I apply Terminal to write to NTFS drive on my macOS 13 Mac?
A

QIs iBoysoft NTFS for Mac safe to use?
A