SD card - Everything you should know

Summary: This post will walk you through the common types, and supported file systems of SD cards, as well as their storage compacity. Read through to know how to use an SD card on a computer. 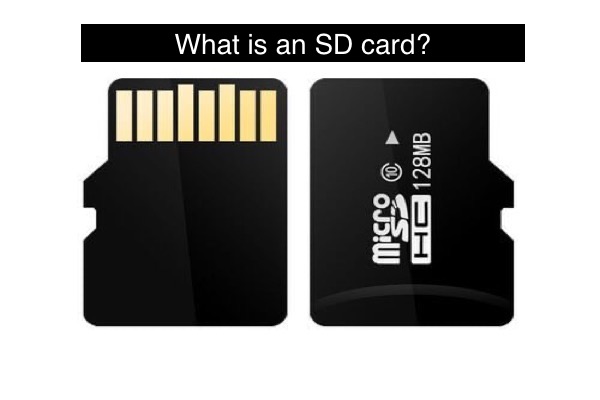 What is an SD card

Introduced in August 1999 by SanDisk, Panasonic (Matsushita), and Toshiba, the SD card (Security Digital card) is a proprietary non-volatile memory card that is used to store data. It is mainly used for mobile devices, like digital cameras, mobile phones, and handheld Game consoles.

Unlike other data storage devices, such as hard disk, USB flash drive, or CD, SD card is very light, thin, and small. 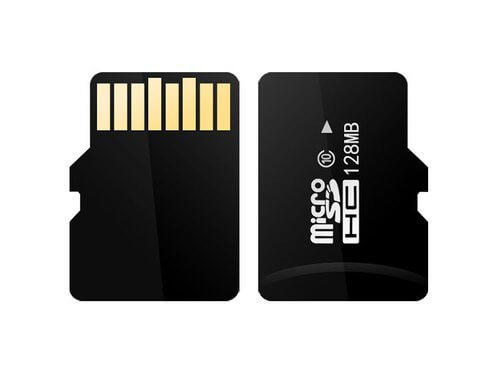 According to the size, SD cards have been divided into three types:

With different capacity, the typical file system of an SD card also varies:

The physical size of an SD card isn't an indication of its storage capacity but the standard to which your card adheres. No matter what type of SD card is, there are four capacity standards: 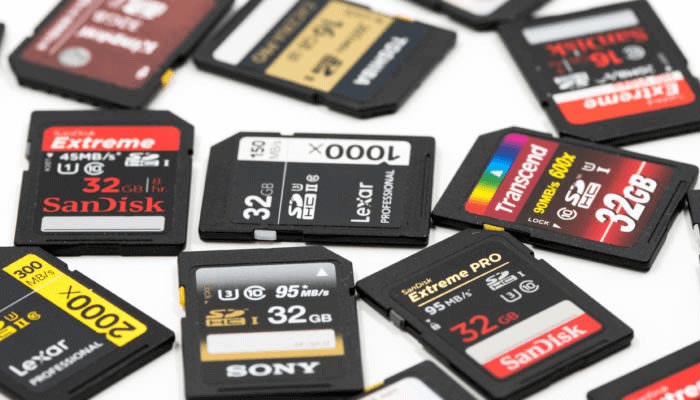 The standard read and write speed of an SD card is 12.5 MB/s. To support digital cameras having a 1.10 spec version, High-Speed Mode (25 MB/s) was introduced.

Besides, the Express bus was released with 985 MB/s full-duplex and over. 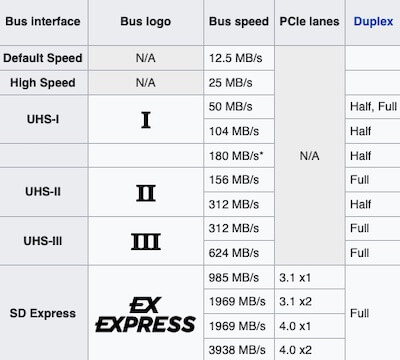 Guide to use an SD card on a computer

SD card is usually used on cameras, smartphones, and handheld Game consoles. But due to data transferring, moving, copying, etc., sometimes you need to take out the SD card from these mobile devices and use it on a computer.

How to use an SD card with Mac

Before doing this job, you should check if the Mac has an SD card slot or if the SD card slot is compatible with your SD card.

Note: The MacBook Pro starting with 2016 models never include an SD card slot. And the MacBook Air 2015 and later never have an SD slot. (M1 Max and M1 Pro MacBook excluded)

If your Mac has an SD card slot, insert the SD card with the card's metal contacts facing down and pointing to the inside of the slot. 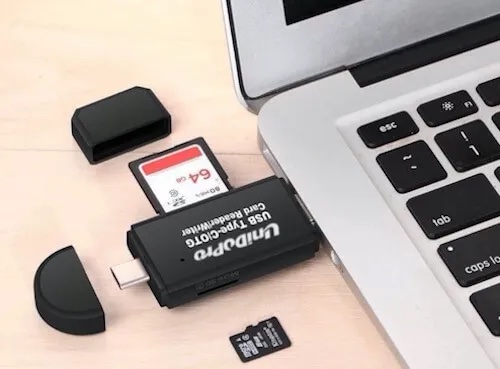 Case 3. Insert a Micro SD card into a Mac: 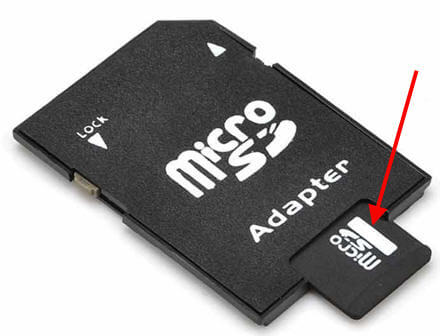 After the SD card is connected to your Mac and detected, it will list on the left sidebar in Finder. Select the SD card, and the files like documents, pictures, and videos will show up on the right pane. You can copy or move files from the SD card like a local drive.

Open Finder, right-click the SD card under Locations, and select “Eject”. Wait for the SD card icon to disappear from the Finder's sidebar, then remove the card from the Mac SD card slot (or remove the SD card reader/adapter from Mac).

How to use an SD card with Windows

Step 1. Insert an SD card into the Windows computer

In the first place, check if your Windows computer has an SD card reader. The SD card slot is usually located at the front of the tower, or it is on the side of a laptop. Then, insert the SD card with the card's metal contacts towards the inside of the slot.

If the SD card is not compatible with the slot, prepare an SD card adapter. Then, insert the SD card into the adapter, and then connect the card to your Windows.

To access the SD card on Windows, open Start > File Explorer. Choose the SD card and you'll see files stored on it.

How to format an SD card

To fix the corrupted SD card, change the file system, or just want to clean up the SD card that has been filled with data, you can format it. Formatting an SD card is simple but it will lead to data loss. So, before taking any action, don't forget to recover or back up important file from the SD card.

How to format an SD card: