How to Use NTFS Drive on Mac: A Step By Step Guide

Summary: In this article, we explain how to use NTFS drive on Mac, and provide you with 4 feasible methods. Furthermore, the easiest way to read and write to your NTFS drive on Mac computers is using iBoysoft NTFS for Mac. 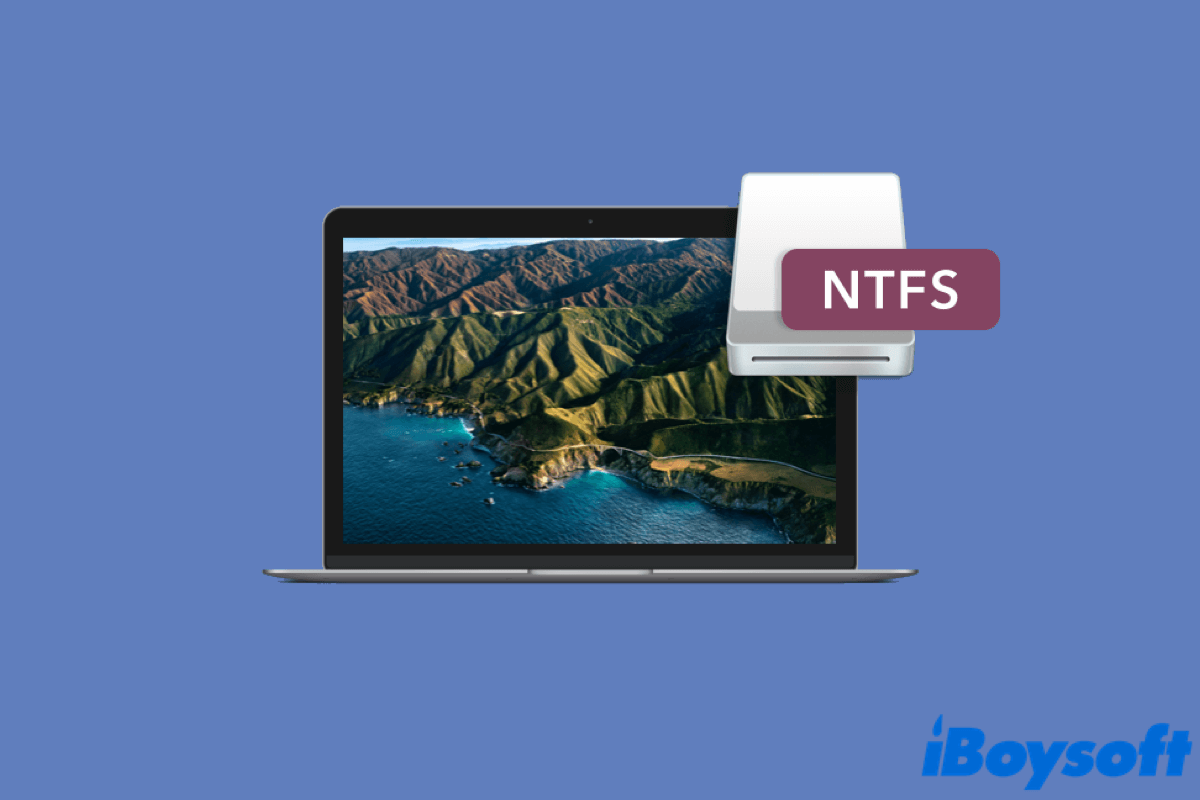 Though Mac computers are getting increasingly popular nowadays, there's no denying that Windows computers are more widespread. That's why most of the external storage devices, such as external hard drives and USB flash drives, are pre-formatted to NTFS by default.

When you plug an NTFS-formatted drive into your Mac, you may encounter several problems like the USB drive is read only Mac issue, and you're prevented from writing to it. But don't worry, read this article to learn how to use NTFS drive on Mac, and gain full read-write permission to the NTFS drive. Let's get started!

What is an NT file system?

Before we dive into how to use NTFS drive on Mac, it's worth understanding what NTFS actually is. It would help you better use NTFS drives on your Mac as well. 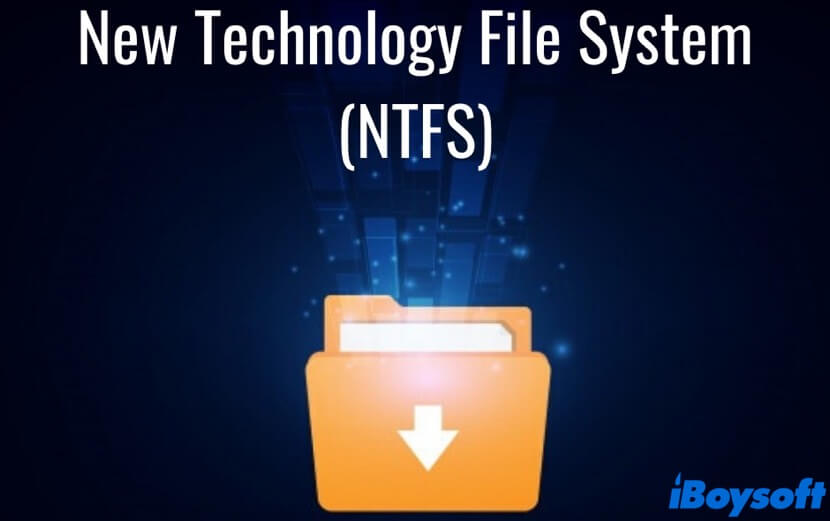 NTFS stands for NT file system, which is also sometimes called the New Technology File System, was first developed by Microsoft in 1992 with the release of Windows 3.1. Like FAT32, ExFAT, and APFS, NTFS is a type of file system, which manages how and where your files would be stored on a storage disk.

Since it is patented by Microsoft, NTFS is not compatible with macOS. Besides, you can only read NTFS on Mac but not make any changes to it, including editing, renaming, moving, pasting, deleting, or copying files to the NTFS drive on Mac. To be honest, this is a kind of cross-platform incompatibility issue.

How to use NTFS drives on Mac?

Since you already know what is NT file system, it's time to learn how to use NTFS drive on Mac. Without further ado, let's dive in!

First of all, as we mentioned above, you can read and view your files or documents stored on the NTFS drive on Mac normally. So, if you only need to view the contents through your Mac computer, and plan to left all "write work" to your Windows computer, then you can directly connect your NTFS drive to your Mac, and browse the wanted contents.

But, if you want to write to your NTFS drive, you should do some tricks to it. You can follow these methods to use NTFS drives on Mac, and acquire full read-write control over it.

Format an NTFS drive to FAT32 or ExFAT

If your NTFS drive does not contain any important data, or it is totally blank, you can straightforwardly format NTFS for Mac, reformatting it to FAT32 or ExFAT is the simplest way for reading and writing to it. Unlike NTFS, FAT32 and ExFAT are compatible with both Windows and macOS, which means you can read and write to your drive in both operating systems.

Though both of the said two file systems will work for macOS, you should be aware that the FAT32 format has several limitations, for example, it only supports file sizes of up to 4 GB. Besides, it is not as sufficient as NTFS. Moreover, reformatting will erase all existing files on your drive, before you do that, make sure you have had it backed up already.

Here's how to use NTFS drive on Mac by reformatting:

After reformatting your NTFS drive, you can read and write to it on your Mac now. If, however, your NTFS drive contains important data, you should consider an alternative solution. Just move on!

Use a third-party NTFS for Mac software

If you have important files or documents stored on the NTFS drive, and want to read as well as make changes to them, a third-party NTFS for Mac software can get the job done easily.

iBoysoft NTFS for Mac is one of the best NTFS drive managers for Mac in the market, which works as a Mac NTFS mounter to mount and unmount your Windows NTFS drives on macOS. Also, it is an NTFS reader and NTFS writer. With it, you can have full read and write control over the NTFS drive in a macOS environment without formatting it with a Mac-compatible file system.

Here's a video tutorial on how to use NTFS hard drive on Mac, and obtain full read and write permissions to it using iBoysoft NTFS for Mac.

If you are not a video type, check this text version:

If you think this method is quite helpful, share it with more people who don't know how to use NTFS drive on Mac!

In addition to using professional NTFS for Mac software to gain full read-write permission to NTFS drive, you can also use sudo in Mac Terminal to achieve that goal. But, compared to using NTFS for Mac software, it is much more complicated to gain NTFS write support using Terminal. Besides, it poses a risk of corrupting your drive and files.

If you want to take the risk anyhow, here's how to do it:

If the Terminal method doesn't work, you should check if you entered all command lines into the Terminal window correctly. One wrong character is enough to derail the entire process. Again, this method is not recommended, instead, you can use iBoysoft NTFS for Mac to read and write your NTFS drive. 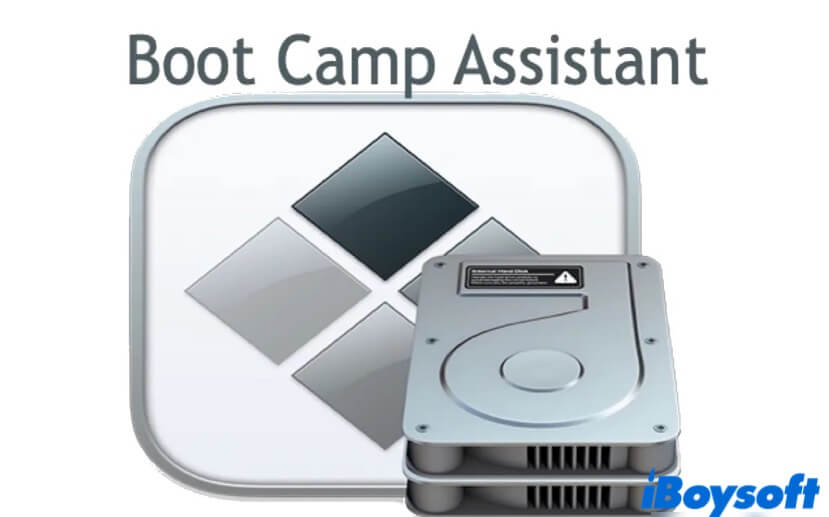 Boot Camp Assistant is Mac's built-in utility for installing and running Microsoft Windows on your Mac natively. It allows you to boot your Mac into both Windows and macOS at a time. Once you installed Windows through Boot Camp Assistant on your Mac, it will run in the same way as it would on a regular PC, thus, you can read and write your NTFS drive by simply connecting it to the device.

But for Apple silicon Macs, things are a little bit tricky. Apple silicon Macs will not have the access to Boot Camp Assistant. Besides, it seems unworthy to install a whole operating system on your Mac to merely gain the write permission on an NTFS drive. Anyway, if you want to know how to install Windows through Boot Camp, you can read this article. 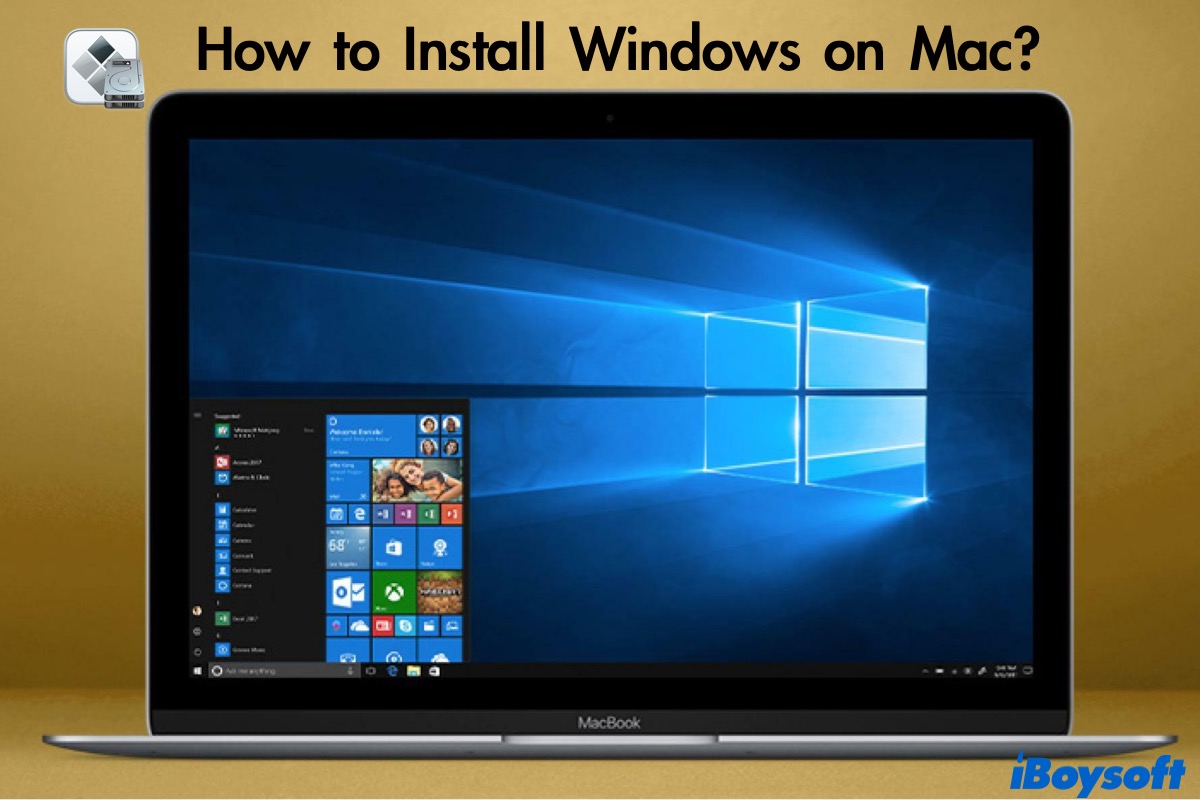 How to Install Windows 10 on Mac? [Completely Free]

Installing Windows on Mac for free isn't that hard. Boot Camp Assistant is a better Mac tool to do the job without charge than free virtual machine software. Read more >>

Know how to use NTFS drive on Mac now, share this article on social media now!

In this article, we provide you with 4 practical methods to tell you how to use NTFS drives on Mac. Also, things you should know about the NT file system are covered as well.

When you try to access your NTFS drive on a Mac computer, finding you can only read but are not allowed to make any changes to it is quite annoying and frustrating. In this situation, don't hesitate to use iBoysoft NTFS for Mac to help you!

FAQ about how to use NTFS drive on Mac

Mac is able to read files or documents that are stored on an NTFS external hard drive, all you should do is connect that drive to your Mac computer. The write permission is banned by Mac by default. If you want to write to it, you can download iBoysoft NTFS for Mac.

QCan a Mac format to NTFS?
A

Mac cannot format a drive to NTFS. The available file system formats on Mac are APFS, Mac OS Extended, FAT, and exFAT. If you want to use your drive both in Windows and macOS, you can format it to FAT or exFAT.