Sudo in Mac Terminal: What It Is & How to Run It 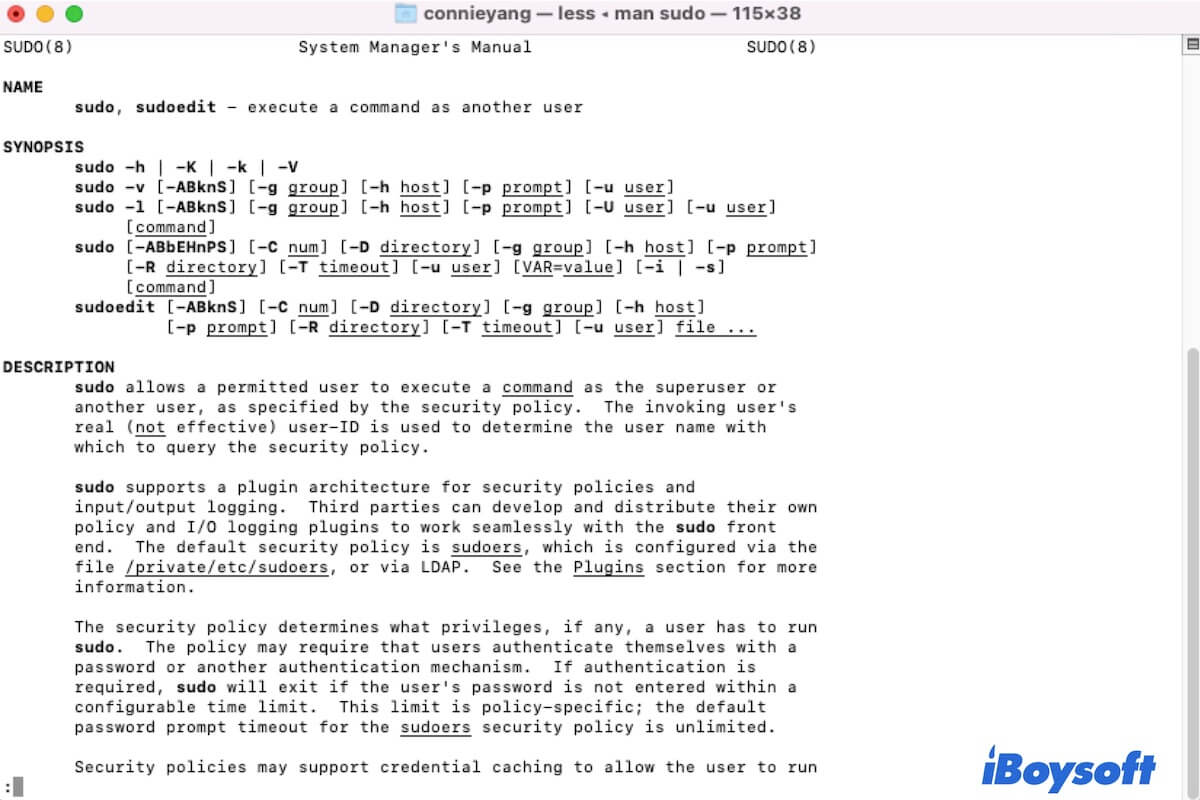 If you need to run as the root user in Terminal on Mac to do some system-related changes or fixes that need the root privilege, you need to use the sudo command. If you are not familiar with sudo in Mac Terminal, follow this article.

What is sudo in Mac Terminal?

Sudo is short for superuser do. It allows the permitted user (the administrator user) to run commands in Mac Terminal as a superuser or another user with extra security privileges.

For security reasons, the operating system of every device separates the normal user (or we say the user who is currently logged into) from the root. When you perform tasks that require to access the hidden and deep areas of the system, you will be asked to run as the root user. But it is not safe to enable the root user on Mac. So, running the sudo command in Terminal is the best alternative.

Share to tell more people what the sudo command is in Mac Terminal.

How do you run Terminal in sudo mode?

By default, the root user mode is disabled on Mac. And it is not advisable to enable it for security reasons. If you need to fix some issues or do some changes on Mac that requires the root user privileges, you can run commands as an administrator in Mac Terminal. In other words, that is to run Terminal in sudo mode.

To enter sudo mode in Terminal, you need to run the fixed command with "sudo". For example, if you need to turn off your Mac, type in the shutdown command line with sudo, just as below:% sudo shutdown 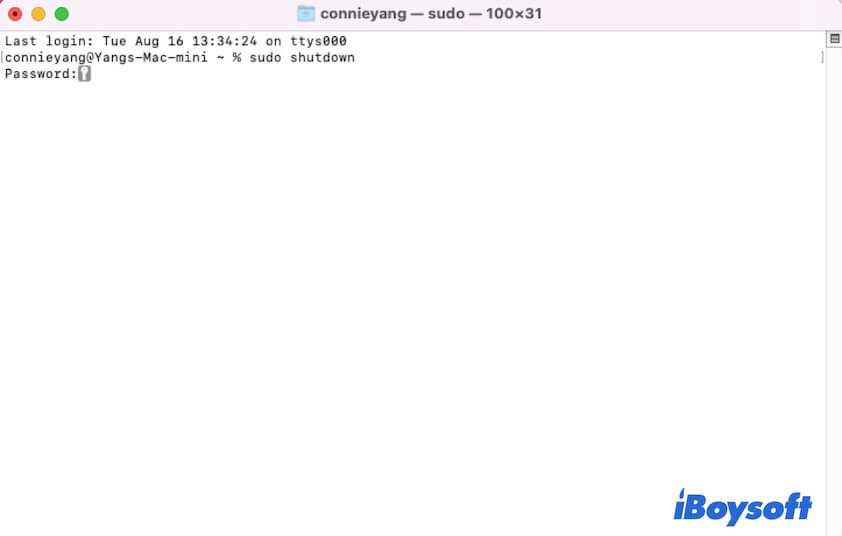 Don't hesitate! Share the way to enter sudo mode in Mac Terminal with your friends.

You may prepare to run a sudo command in Mac Terminal but get the error message "Sorry, try again" after you enter the password. Running the sudo command in Terminal requires you to log into your Mac with the administrator account. Or, sudo is invalid.

If you are sure that you type in the right admin password, you can try the following troubleshooting ways to fix the sudo password that's not working on Mac.

QWhat is the difference between sudo and su?
A