Mac/MacBook Air frozen, how to unfreeze it? (For Intel & M1 Mac)

Summary: About how to fix the frozen Mac without losing your work (All scenarios included). If your Mac keeps freezing and won't start, run iBoysoft Data Recovery for Mac in macOS Recovery to recover lost files. 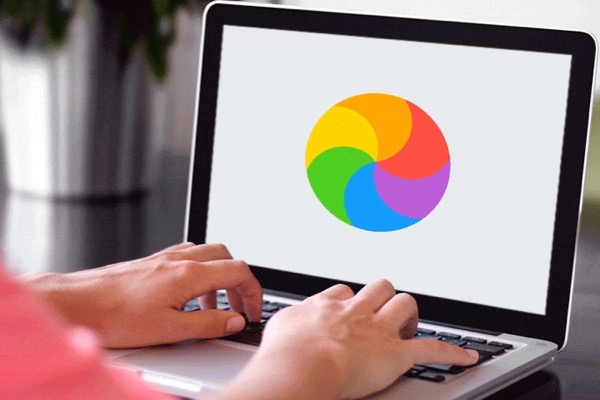 Without warning, your Mac or Apple M1 Mac becomes unresponsive, which prevents you from continuing your work.

Usually, you may run into the occasions listed below:

If your MacBook Air froze, this article could help you dispel the dark clouds.

Following this article, you can unfreeze your Mac and M1 Mac, including MacBook Air, MacBook Pro, Mac mini, iMac without losing your unsaved documents. The difference in detailed solutions varies from different Mac Models. 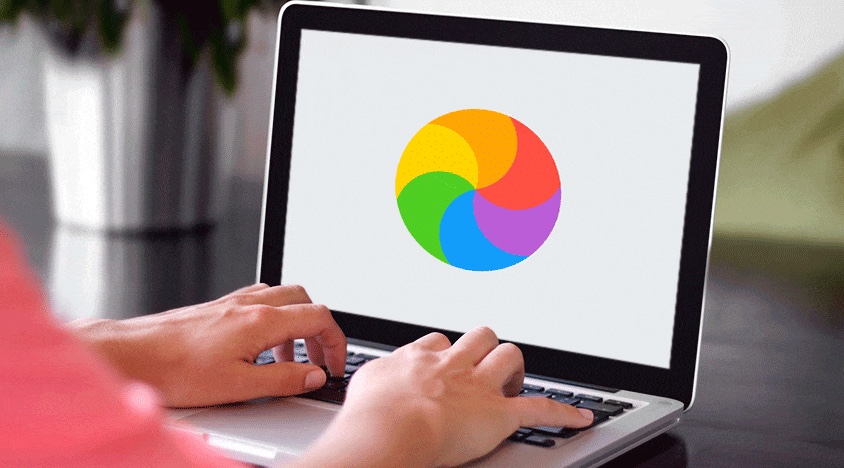 Solutions for unfreezing your Mac:

How do you unfreeze your Mac/MacBook Air?

The most common scenario is that your Mac or M1 Mac froze during apps or programs working. Or even worse, it stuck exactly when you open the desktop.

Usually, you can wait a few minutes to let the app buffer, and then it can go on working. But sometimes, it is in vain. In this case, you need to try some other ways.

Here, we offer efficient solutions for troubleshooting your MacBook Air that froze on a specific app with a spinning wheel.

If your Mac freezes when using an app but is still responsive on other programs, it shows that the app freezes rather than your Mac computer. You can force-quit this app to end the long-lasting unresponsive process.

Here's how to force close a frozen program on Mac: 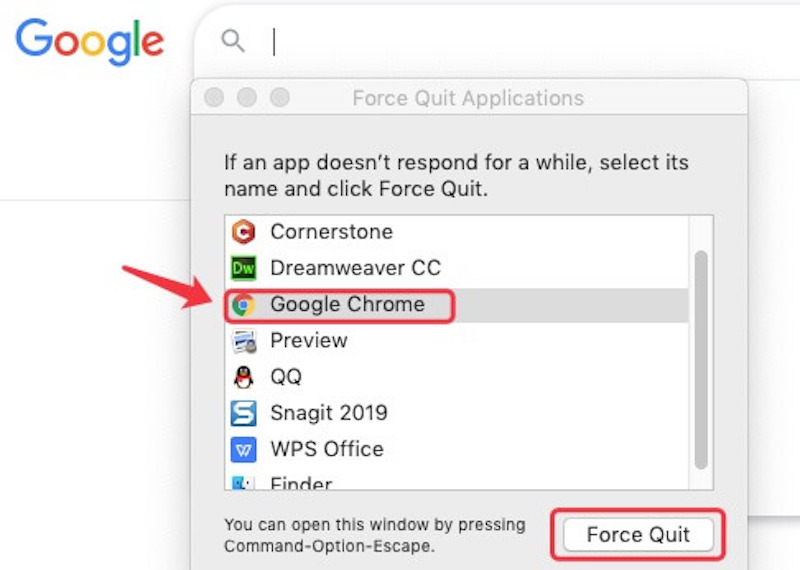 Or, you can press the Command + Option + Esc keyboard shortcut keys to open the Force Quit menu. Then, select the app and press Enter to close it.

If unfortunately, you fail to force quit the unresponsive app, or the entire MacBook freezes after login, you can try to force shut down your Mac then restart your Mac. That's because rebooting the Mac can make the stuck system back in good condition.

If the cursor that won't move, you can force reboot your Mac with these steps:

If your cursor is responsive, click the Apple menu > Restart to reboot your MacBook.

After the Mac restarts, check if it continues unresponsive.

Sometimes, the corrupted or incompatible peripherals will lead to your Mac freezing. If you have plugged some external devices recently, unplug them. Then, replug them one by one to figure out the culprit. 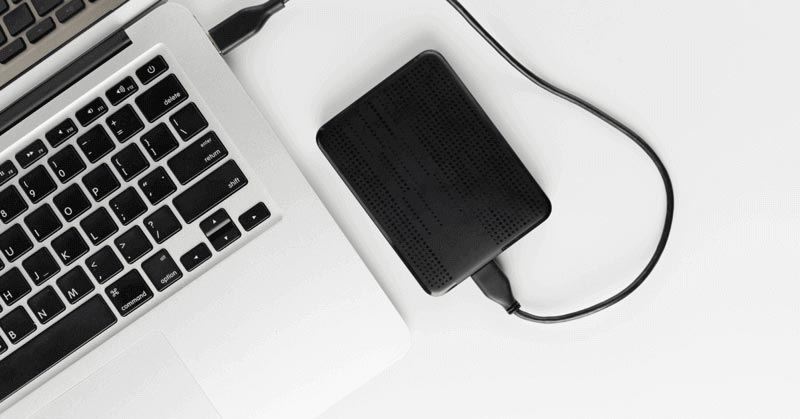 Perhaps, the outdated system is not compatible with the latest software and slows down your Mac performance or result in your Mac freeze.

This problem is more usual on the new M1, M1 Pro, or M1 Max Mac because much third-party software hasn't been updated to support the powerful Apple Silicon Mac and macOS Monterey.

Or, the system bugs make your MacBook freeze. You can update your Mac to fix this problem.

If you've installed apps recently and your MacBook Air freezes whenever you open these apps, you need to take care of them.

Some third-party programs carry a virus or are incompatible with your Mac. When you run them, it will slow down or freeze your Mac.

So, you can uninstall these apps one by one to find out the troublemaker and enable your frozen Mac back to normal.

Boot your Mac in Safe Mode

If you've failed in the above three ways, you have to try to safe boot your Mac.

Safe Mode can clean up some re-creative cache files to replenish the insufficient memory (RAM), and it can repair some hard drive issues. Moreover, in Safe Mode, you can uninstall the recently installed third-party software that caused your Mac or M1 Mac to be frozen.

To boot into Safe Mode:

For an Intel-based Mac, you should shut down your Mac first. Then restart your Mac and hold the Shift key until the Apple logo appears.

Note: Don't worry that force quit an unsaved document, restart your Mac, or shut down your Mac will make unsaved files lost. In most cases, it won't. Read the following part to recover your unsaved Word.

If your memory (RAM or Random Access Memory) almost wears out, there's no sufficient space for cache files generated by running the system and programs. Therefore, your MacBook Air freezes from time to time.

You can do the following to free up memory on your Mac:

Check and repair your startup disk in macOS Recovery

If your startup disk has any errors, your Mac will perform abnormally like frequent crashes or freezes. You can use the OS built-in tool - Disk Utility First Aid to check and repair your startup disk in macOS Recovery mode.

Then, wait for First Aid to check and repair errors on the startup disk. But note that First Aid only repairs the detected minor errors on the disk. If your MacBook Air is still frozen, you could try to factory reset your Mac or contact the Apple authorized service provider for more help.

Fix MacBook freezes when opening the lid to wake it up

You MacBook goes into sleep mode as usual. But when you back to open the lid, it freezes on the login screen.

What happens? That may because the sleeping Mac makes the working CPU powered off suddenly. Thus, the CPU can't finish its work by following a program's instructions to process the data. Finally, it caused the Mac frozen.

And there's also another possible reason: the Mac can't return to the system state that it was. When a Mac is in sleep, only the RAM is left powered. If a power failure happens, data on the RAM (RAM stores the state of the system before it went to sleep) will lose.

Keep calm! At first, wait for a few minutes and then check if you can stop your Mac from sleeping. If can't, you have no choice but force restart your Mac first:

If it failed, try to boot your Mac into Safe Mode. Next, you need restart your Mac by clicking the Apple icon > Restart.

Usually, boot into Safe Mode can save your unresponsive Mac. But if no changes, you have to reinstall your macOS because the system is probably corrupted.

• How to reinstall macOS on Intel-based Mac

• How to reinstall macOS on M1 Mac

How to fix your MacBook Pro freezes when booting

If your Mac became unresponsive during booting like you fail to hear the startup sound, you should consider if it is the recent failing system upgrade corrupted the system.

Or because you have updated an incompatible boot drive driver or installed a third-party driver, especially for M1 Mac. Moreover, insufficient RAM for cache files produced from the startup process is also a possible reason.

As the startup process of a Mac is complex, the occasions of Mac frozen on the booting process are various. Here we have concluded some solutions for different Mac frozen scenarios, go to find the one suitable for you. 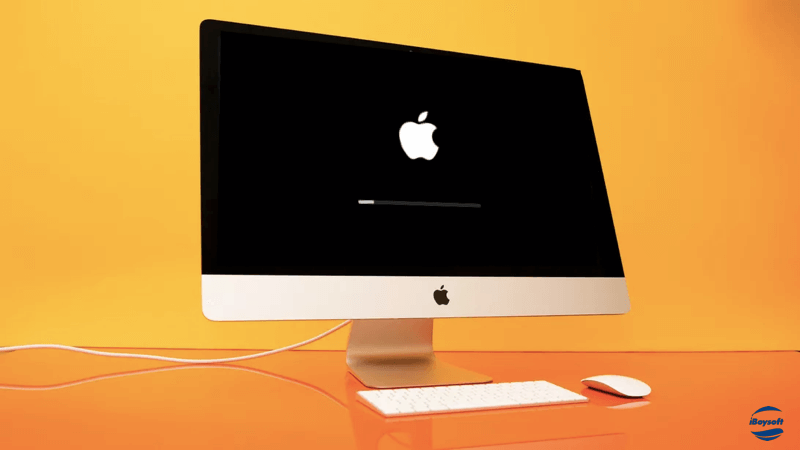 A complete guide to fix 'Mac won't turn on' problem

Here is the detailed tutorial to fix the Mac won't turn on issue in all cases.

Recover the unsaved documents from your latest frozen Mac

You don't worry that forcing quit apps or restarting the Mac will make your unsaved Word or other document loss. On most occasions, it won't.

The recovering steps are:

2. Type the follwoing command in Terminal and press Enter to open the TMP folder (It is created automatically to save temporary files).

3. Find out the TemporaryItems folder. Then, right-click the desired unsaved document.

Note: If your Mac froze during the system update, data loss would happen if the system is corrupted.

But, it is also possible that your Mac keeps freezing and won't turn on. At this time, you can try some data recovery software like running iBoysoft Mac Data Recovery in macOS Recovery mode to recover files from your unbootable Mac.

Unfreezing your Mac doesn't mean that all the problems that caused Mac frozen are solved. Don't turn a blind eye to these issues because they risk freezing your Mac again. You need to optimize your Mac in routine. If you don't have any ideas about that, take a look at below:

It is a big trouble that your iMac, MacBook Air, MacBook Pro, or M1 Mac is frozen all of a sudden. This article supplies solutions to unfreeze Mac when working, startup, and waking up from sleep, which can help you get out of trouble. Moreover, it also offers you some tricks to avoid your Mac freezing once again. Hope you can get help from this article.

1. Why is your Mac not responding?

2. How do you unfreeze a MacBook Air M1?

Connie Yang is the primary columnist in the computer field at iBoysoft. She is enthusiastic about sharing tech tutorials on data recovery and solving operating system-related problems.