How to write to NTFS Drives on Apple Silicon M1 Mac?

It's a big trouble that you can't edit, delete, or save files on an NTFS drive on the latest Macs introduced in 2020. Even with some third-party software that you've used before, you still can't write to NTFS drives on your Apple Silicon M1 Mac.

In fact, the latest Macs introduced in 2020, including MacBook Air, MacBook Pro, and Mac mini, are all equipped with M1 chip. 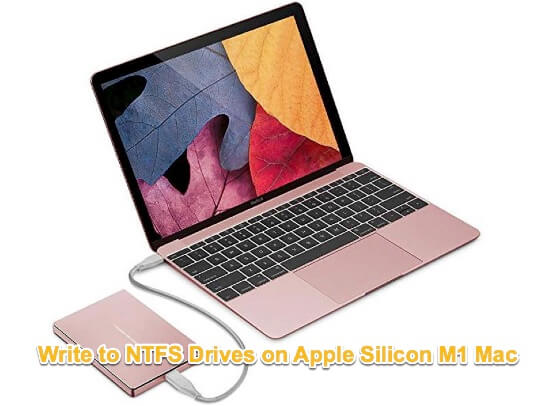 So, how to read and write to NTFS drives on Apple Silicon M1 Mac? Please read this article to get solutions.

How to write to a NTFS drive on Apple Silicon M1 Mac?

Here will offer you the three solutions step-by-step to make your NTFS drive write support on Apple Silicon M1 Mac.

Solution 1: Use NTFS for Mac software (The easiest & recommended)

So far, iBoysoft NTFS for Mac has been updated to fully support NTFS drive read-write on Apple Silicon M1 Mac.

iBoysoft NTFS for Mac takes the particular technologies to enable NTFS drives to be written to without the risk of data loss on ARM-based Macs, including M1 Macs.

If the files or folders on an external NTFS drive become invisible when connected to Apple Silicon M1 Mac, iBoysoft NTFS for Mac is a proven way to make them show up.

As the best NTFS for Mac software, iBoysoft NTFS for Mac can make your NTFS drive work as a native disk in macOS. And iBoysoft is an identified developer that trusted by Apple, it’s safe for your Mac. You can free download it to have a trial.

In fact, macOS supplies experimental write support for NTFS drives. However, most of Mac users haven't learned about that. Because it is disabled by default. To make it enable, you can use Terminal utility. But this method is not secure and recommendable.

As the M1 has changed the way of memory management, and there may exist Terminal incompatibility issues on M1 Mac, some big-size folders may not be displayed when you use the Terminal to enable to write to NTFS drives. And even worse, it may also corrupt the data on the NTFS drives.

Then, you are able to access the NTFS files on the drive, such as copy a file, rename a file, delete unnecessary NTFS files ......

Note: To disable the default write-setting of NTFS drives on Mac, you can follow steps 1 and 2 again. Then, delete "LABEL=NAME none ntfs rw,auto,nobrowse" that you have added and save the change. Then, restart your computer.

If you want to make your NTFS drive write-support on Mac in a simple way, formatting it is a good choice. As FAT32 and exFAT are both supported on Windows and macOS, you can format the NTFS drive to one of them. But if you decide to use the NTFS drive only on your Mac, you'd better format it into APFS (It is the default file system for Mac). 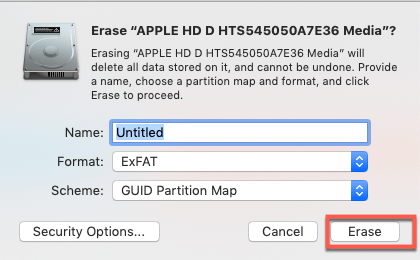 • How to format a drive to NTFS on Mac?

More about iBoysoft NTFS for Mac

iBoysoft NTFS for Mac outperforms other NTFS for Mac software on Intel-based Mac with enhanced features. Even more amazing, it has newly updated to be the best solution to read-write NTFS drives on ARM-based M1 Macs.

With the release of macOS 11 Big Sur and the first delivery of ARM-based M1 MacBook Air, MacBook Pro, and Mac mini, iBoysoft followed closely to offer users NTFS for Mac that supports macOS Big Sur 11 to macOS 10.13 High Sierra. It also fully supports Macs with Apple M1 chips. The newest version of NTFS for Mac has added many fantastic features as below:

About the Apple Silicon M1 chip

M1 chip is the first ARM-based system on a chip for Apple. Combined with multiple chips' features, including the processor, I/O, security, and memory, the M1 chip has replaced the Intel-based chips to be a CPU for Macs.

Featured with two types of cores: high performance and high efficiency, the M1's 8-core CPU is quite different from that of Intel. It is designed to crush tasks with the least amount of power and outstanding performance.

And the Unified Memory Architecture (UMA) on M1 enhances memory performance. Because the GPU, CPU, and other parts of the processor on M1 can access the same data at the same memory address.

Since the processor and the memory management on M1 is different from that of Intel, the operation code varies. So, it may bring incompatibility problems for programs and applications on Mac, especially for those third-party applications.

To fix this trouble, Apple introduced Rosetta 2 software to enable the programs that support non-M1 Mac to compatible with ARM-based M1 Mac. Since Rosetta 2 just works to bridge the transition between Intel and Apple processors, and the M1 architecture is not changed at all, there still have incompatibility issues when some programs and software running on M1 Mac.

• What does the Latest MacOS Update and Apple Silicon Transition Mean to you?

To help you get out of the trouble that unable to write to NTFS drives on your Apple silicon M1 Mac. This article supplies three solutions to help you get out of trouble. And the most recommended and secure way is to use iBoysoft NTFS for Mac, which has a 7-day free trial. Its powerful features and easy operations can make your NTFS drive write support on Mac within a few minutes.

• How to reinstall macOS on an M1 Mac

• How to Reset Your Mac to Factory Settings

Was this article helpful?YesNo

Was this article helpful?

We appreciate your kindness of sharing your personal experience to help others solve their problem.

We value your suggetstions to help us further improve this article.