[Fixed]The Item Can't Be Moved to Trash Because It's Open

Mac Says the Item Can't Be Moved to the Trash Because It's Open, How to Fix?

Summary: This post guides you on how to fix the error that the item can't be moved to Trash because it's open. After reading, you can delete the target app from your Mac thoroughly. 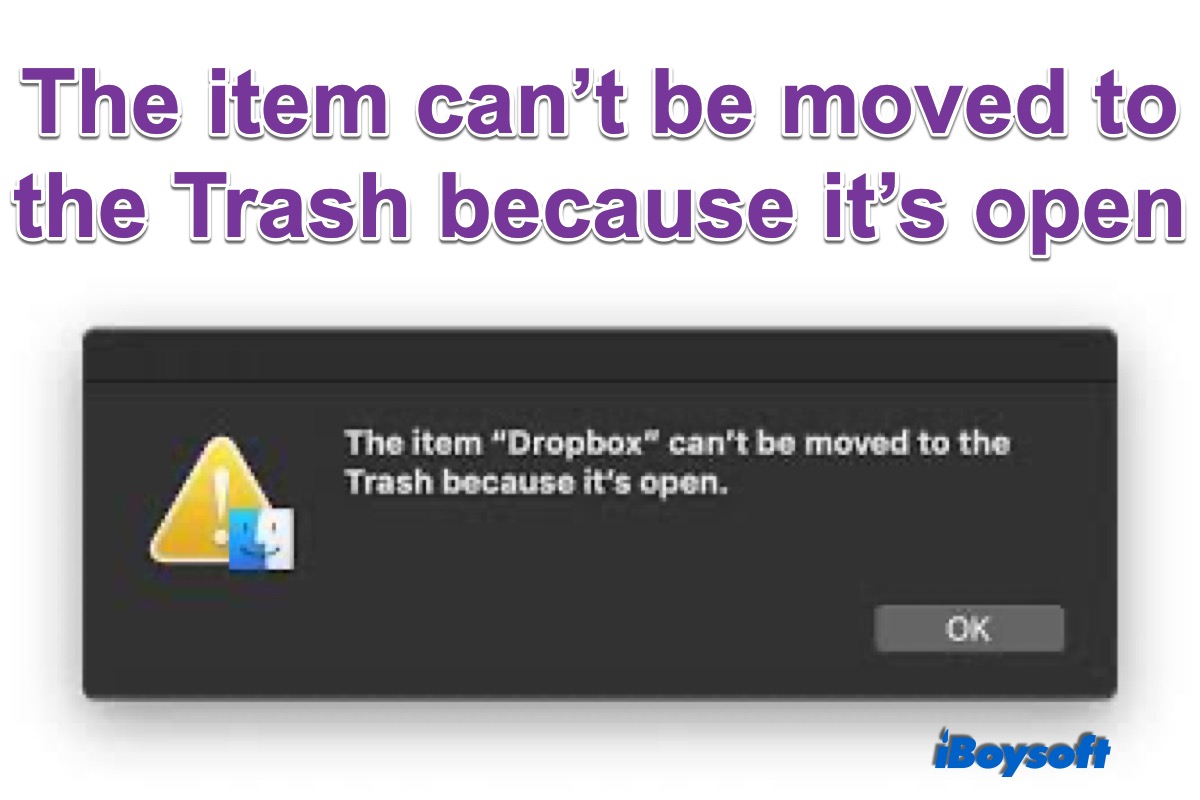 In addition to the apps that came with the macOS, you can also install apps on your Mac from Mac App Store and outside of the App Store easily. For some reason, you need to uninstall the apps from Mac, be it to free up disk space, to troubleshoot malfunctioned apps, etc.

However, you drag and drop the unwanted app into the Mac Trash as you used to, only to see the error message saying that The item [app name] can't be moved to the Trash because it's open. Reading this post, you will know how to quit apps on your Mac and thoroughly uninstall apps from Mac without seeing the pop-up dialogue.

The item can't be moved to the Trash because it's open

When the designated task can not be performed by the operating system, a window may display on the screen with a piece of the message explaining what is going on such as Disk Utility can't repair this disk, File system verify or repair failed, and The item can't be moved to the Trash because it's open.

The error message clearly tells you the reason why you can't move it to trash, it is that the app you want to delete is still running on your Mac. You have to quit the app so that you can proceed to move it to the trash.

You may think you have already quit the app but the Mac still says it's open. Perhaps, you just close the window of the app from the screen and the app actually is processing in the background without realizing it. Or, you definitely quit the app but also fail to move it to the trash. Keep reading to get the fixes!

You need to thoroughly quit the app on Mac

As we explained above, a running application can't be moved to the trash directly. Therefore, you need to completely quit the app, then continue to delete the app from your MacBook Air/Pro/iMac. Here we will walk you through the detailed steps to quit an app on Mac in multiple ways.

Quit the app from the Mac Dock

An open application is displayed in the middle volume of the Mac Dock. In this way, you need to control-click the icon of the app and choose Quit from the menu. 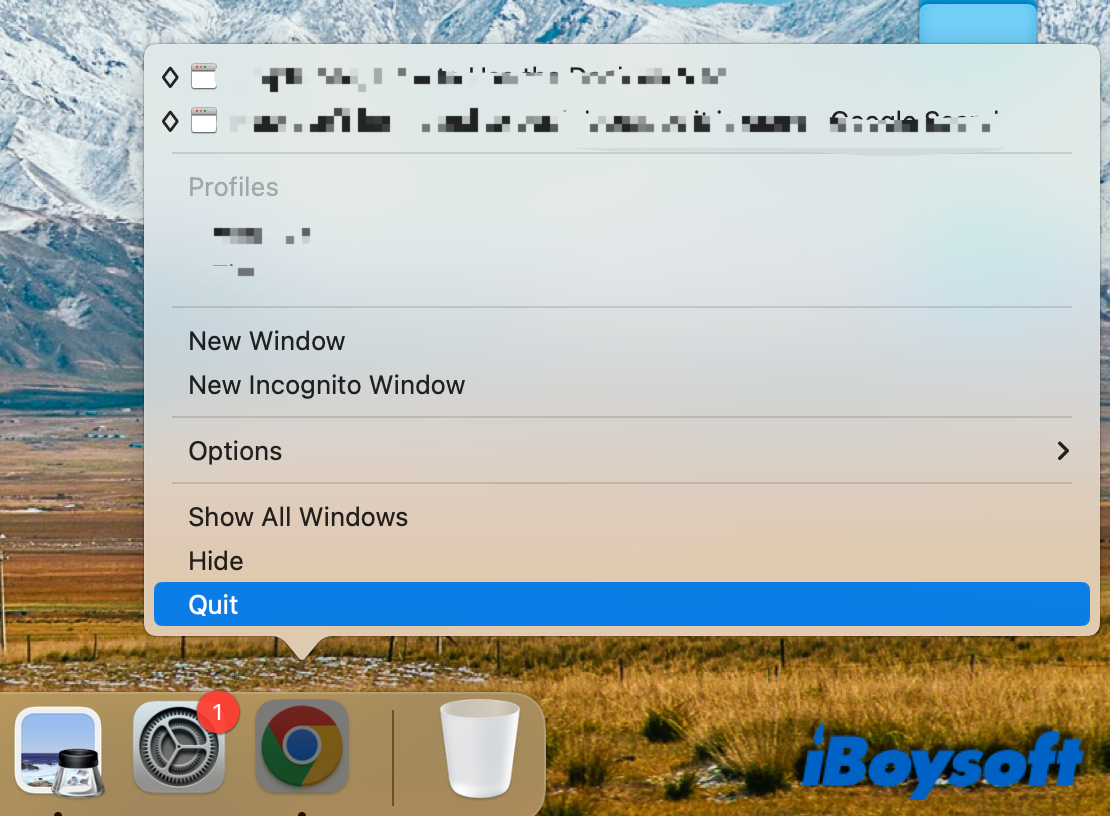 Quit the app with the Apple Menu

Apple Menu locates in the upper left corner of your screen, featuring an Apple logo. Clicking on the Apple logo, you will see a drop-down menu that contains a Force Quit option. Choosing Force quit will open a new window namely Force Quit Applications which lists all the open applications on your Mac. 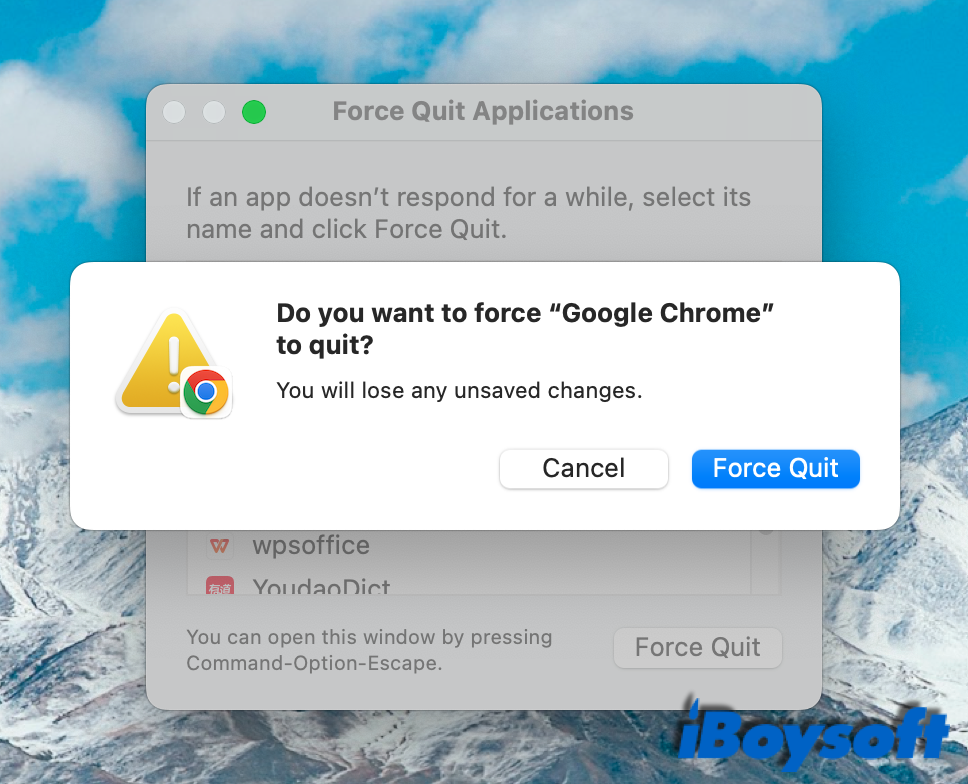 In addition to the Apple Menu, the keyboard shortcut Option + Command + ESC can also trigger this Force Quit Applications window on your Mac. 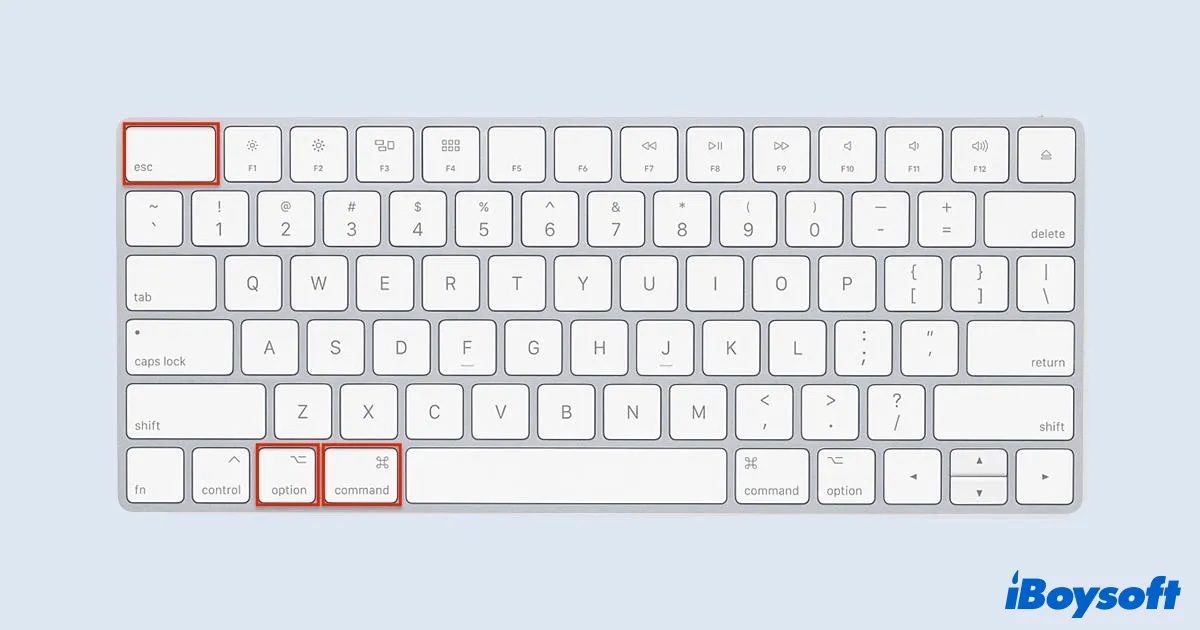 Then, find the unwanted running app in the Force Quit Applications window, click it and tap the Force Quit button at the right bottom, and choose Force Quit again to confirm your decision. It will remind you that unsaved changes will lose after you force quit the app.

The Force Quit feature also helps to stop spinning wheel on Mac when it is caused by an unresponsive application.

Quit the app via Activity Monitor

Another alternative way to quit an app on Mac is the Activity Monitor, a macOS built-in utility. It monitors all the Mac processes in real-time including the usage of CPU, RAM, energy(battery), disk's read and write speeds, and data receive/sent speed of the network.

It not only gives you a way to check the process when your Mac performs abnormally but also enables you to quit any process here. Let's dive into the steps. 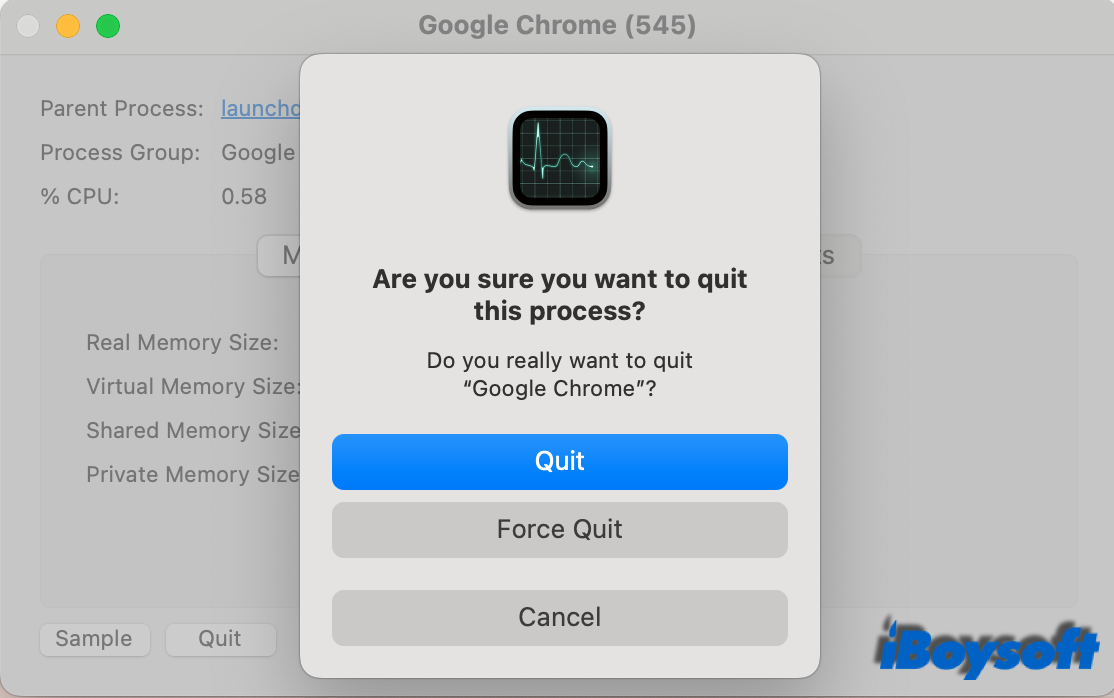 Except for Apple's solutions to uninstall an app on your Mac, there are also some third-party uninstallers you can choose from such as Advanced Uninstall Manager, Macbooster 8, and CleanMyMac. It usually detects all the installed apps on your Mac and enables you to uninstall an app with one click. It will force quit the app and uninstall it. What's more, such an uninstaller can scan out the leftover of the deleted app so that you can remove the files of the app thoroughly from your Mac.

Next time you see the error message "The item can't be moved to the Trash because it's open," you will know it requires you to quit the running application that you want to remove from your Mac. There are multiple ways to quit an app on your Mac. If none of them works to get rid of the error, you can try to restart your Mac to terminate all processes, but you'd better save your work to avoid data loss.

FAQs about can't delete because it's open

QWhy can't I uninstall apps on Mac?
A

You can not uninstall an app that comes with macOS. As for other third-party apps, you can't uninstall them when they are still processing. You need to quit the app in the fofirst place, then move it to Trash and empty the trash to uninstall an unwanted app.

Q How to Delete Apps from Mac that Won't Delete?
A

You can force quit the running app on your Mac. Use the keyboard shortcut Command + Option +ESC to open the Force Quit Applications window, choose the app your want to delete, and click Force Quit to quit the app, then close the window and try to move the app to the Trash again.

QWhy can't I move things to trash on Mac?
A