How to Convert HFS+ to APFS Without Losing Data?

How to Convert HFS+ to APFS Without Losing Data?

Summary: Guide on how to convert HFS+ to APSF on Mac. It explains whether you should perform an APFS conversion on your HFS+ formatted drive and also provides solutions if you can't convert to APFS.

Most Mac users would like to upgrade their hard drives from HFS+ to APFS, here we will elaborate on the essentials you should know about converting HFS+ to APFS and guide you to convert HFS+ to APFS without losing data. Keep reading to know more.

Should you upgrade HFS+ to APFS?

With the advent of the more advanced APFS format on Mac running macOS 10.13 and later versions, some Mac users may ask whether they should upgrade the format from older HFS+ to newer APFS. To get an answer to this question, you need to know the pros and cons of each file system.

APFS features highlights such as strong encryption, space sharing, snapshots, fast directory sizing, and improved file system fundamentals. It is better for SSDs and Flash drives. It doesn't backward support the macOS version before High Sierra. So an encrypted APFS drive can only be accessed on another Mac running macOS High Sierra and later. And it is incompatible with Time Machine before macOS 11.

HFS+/Mac OS Extended supports all Mac OS X and macOS versions. It is better for HDDs and is available on Fusion drives. However, the cons of HFS+ are concurrent access of the file system by a process is not allowed, no snapshots, limited native file support for other file systems, etc.

Perhaps, your Mac model is too old to support macOS 10.13 and later so you cannot convert HFS+ to APFS, or some applications you need are only compatible with HFS+, then you have to stay on HFS+. Generally, it is recommended to convert HFS+ to APFS for better performance, unless you may encounter some Update problems such as "This Volume is Not Formatted as APFS," etc.

To know more details about the comparison of HFS+ and APFS, read this post below. 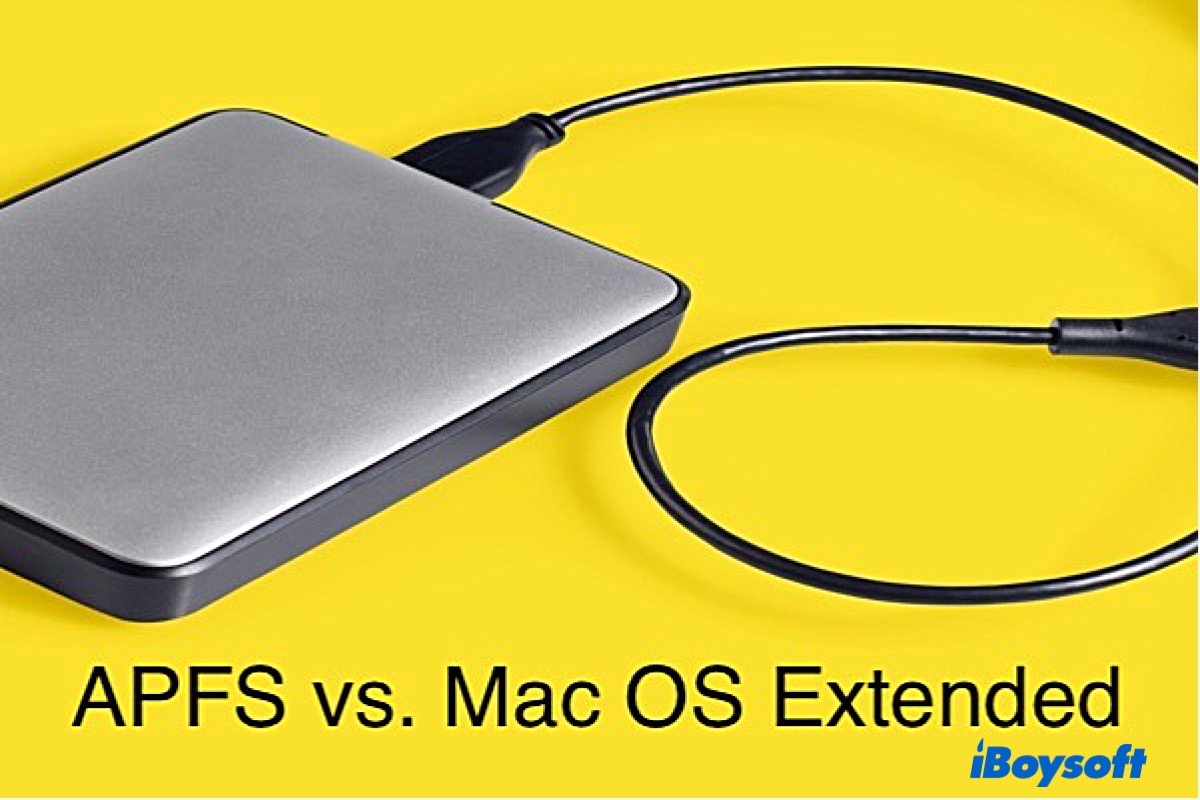 APFS vs. Mac OS Extended - Which Format Option is Better

A guide about the differences between APFS and Mac OS Extended in speed, Time Machine backup, and encryption. After reading, you'll know which one is better for Mac hard drives. Read more >>

How to convert HFS+ to APFS on Mac?

APFS was officially introduced with the release of macOS 10.13. For Macs with SSDs before 2016, it automatically converts HFS+ to APFS format when you upgrade macOS to High Sierra/Mojave/Catalina/Big Sur/Monterey. And you can also manually convert the file system of your startup disk using Disk Utility.

Before we proceed to the specific steps to convert HFS+ to APFS. There are some things you may concern about:

Can you convert HFS+ to APFS format? You need to identify the Mac model to see whether it is supported to run macOS High Sierra and later versions(Which macOS/OS X Can My Mac Run). And the hard drive should already be formatted as Mac OS Extended, you can not straightforwardly convert other file systems to APFS.

Use the steps above to convert to APFS? Share it with more people.

In addition, you can also try to boot Mac to Recovery mode or Internet mode to access Disk Utility there, some Mac users have got the Convert to APFS option available there.

If the solutions above help fix the problem that you can't convert to APFS, you can share them with others troubled in the same condition.

After reading this post, you know how to convert HFS+ to APFS on Mac by either updating macOS or manually converting it in Disk Utility. It usually doesn't cause data loss on the volume, but you'd better create a backup for the volume, just in case. And if you can't convert to APFS, try the solutions mentioned above to fix it.