Power Nap on Mac: What Is It & How to Turn on/off It

Get to Know the macOS Feature - Power Nap

Summary: This post explains the Power Nap on Mac and tells how to turn it on/off on macOS Ventura and earlier versions. After reading, you will have a deep understanding of the Power Nap feature on Mac. 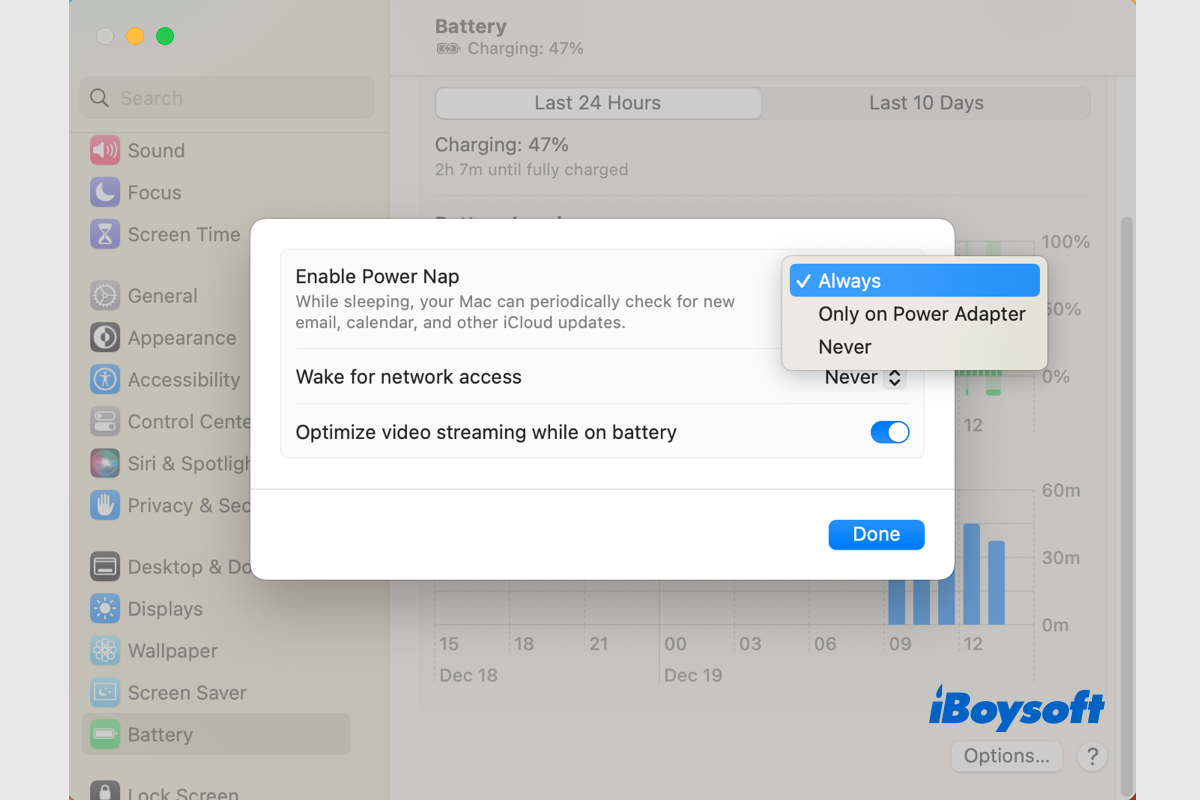 What is Power Nap on Mac?

Apple released Power Nap in 2012 along with some Mac models running OS X Mountain Lion. It is also called App Nap on some earlier versions. Tasks like iCloud syncing and Spotlight indexing may be completed silently on the Mac thanks to Power Nap.

The Power Nap feature is available only on the following Intel Macs with SSD storage. Due to the "always-on" processor technology on Apple silicon Mac, M1/M2 Mac doesn't have or need Power Nap.

Even if you put your Mac into sleep mode, Power Nap regularly activates to refresh data on your Mac. And the updated information varies depending on whether the Mac is running on battery power or is plugged into the power adapter. When using battery power, only low-energy duties are carried out; greater energy chores are handled by AC power.

Power Nap will receive new Mail messages, update Contacts, Reminders, Photo streams, etc., when it is using the battery power. And if the Mac is charging, it can also launch Time Machine to back up, index files in Spotlight, update Help Center, and download the software update.

How to turn Power Nap on/off for Mac?

The Power Nap feature enables your Mac to keep updating information in the background while sleeping and always makes your Mac ready to access. And it is proven that Power Nap doesn't drain extra much power. When the Mac is connected to a power adapter, the Power Nap feature is enabled by default. And you can turn it on manually.

If you don't want your Mac to keep receiving Mails, updating Contacts, and some other tasks when it goes to sleep, you can also disable Power Nap on your Mac. Additionally, turning off Power Nap also helps when you encounter problems like Mac kernel panic while in sleep, Mac won't go to sleep when lid is closed, etc.

Given that the latest macOS Ventura comes with a revamped System Settings app, the steps to turn on and turn off the Power Nap are different from that of macOS Monterey and earlier versions. Follow the steps below to set Power Nap on your Mac. And there is a little difference between a Mac notebook and a Mac desktop.

On a MacBook Air/Pro: 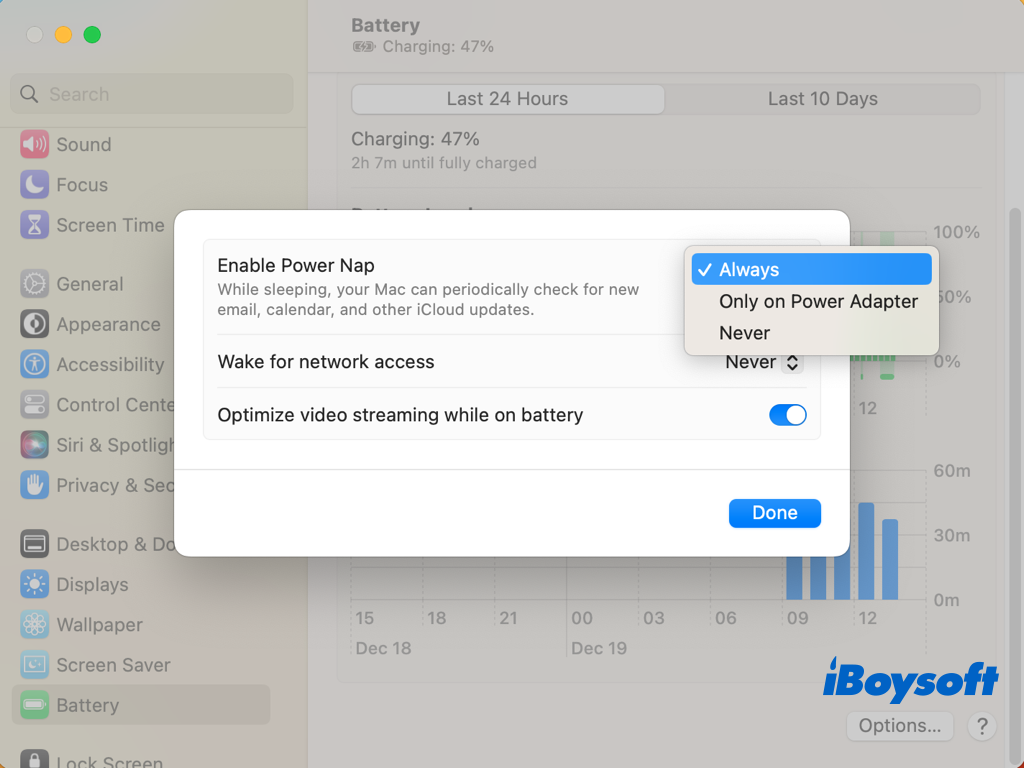 On a MacBook Air/Pro: 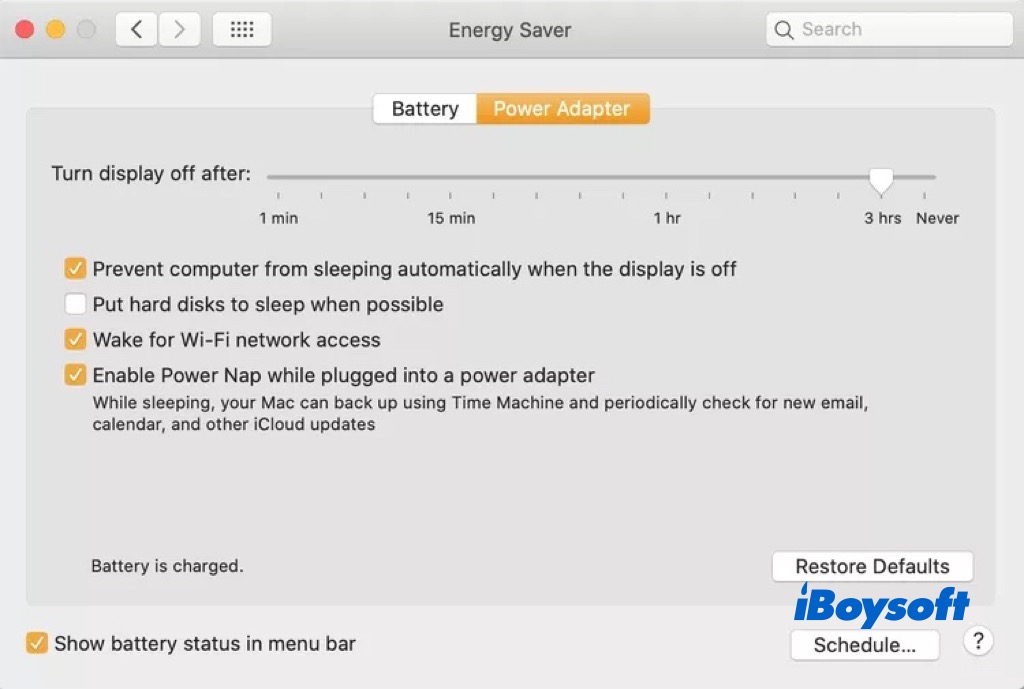 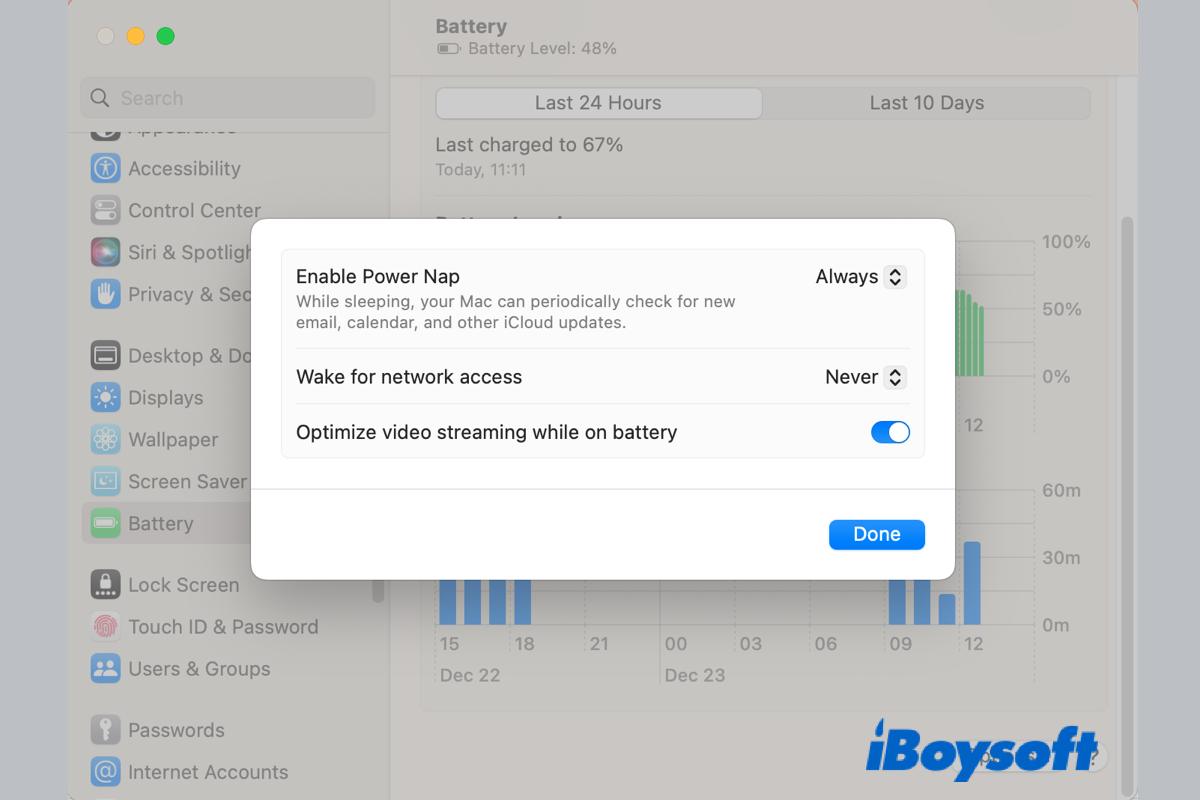 Apple removes the Energy Saver from the System Settings on MacBook Air/Pro running macOS Ventura. This post provides other workarounds to schedule your Mac on macOS Ventura. Read more >>

Now you know what the Power Nap is on Mac computers. Based on your own needs, you can turn Power Nap on or off on macOS Ventura and earlier versions. Both Mac notebooks and desktops are covered in this post. If you think this post is useful, you can share it with others.

FAQs about Power Nap on Mac

When the Power Nap is turned on, the Mac is always ready to use and performs some tasks in the background. It would keep your Mac updated to date and would not miss any messages or updates. Power Nap minimizes delays and interruptions while making sure that everything is there for you when you need it.

QWhere is Power Nap on Mac?
A

QHow do I enable Power Nap on Mac M1?
A

There is no Power Nap feature on Mac M1 because of the Apple silicon's "always-on" tech, Apple silicon Mac always has to listen to calls, texts, and alerts.