Your Screenshot Can’t Be Saved on Mac, How to Fix?

How to Troubleshoot Screenshot Can't Be Saved Error on Mac?

Your screen shot can't be saved. You don't have permission to save files in the location where screen shots are stored.

How to fix the screenshot can't be saved issue? Depending on the reason that triggers this problem, this post will offer you three working solutions. Let's move forward. 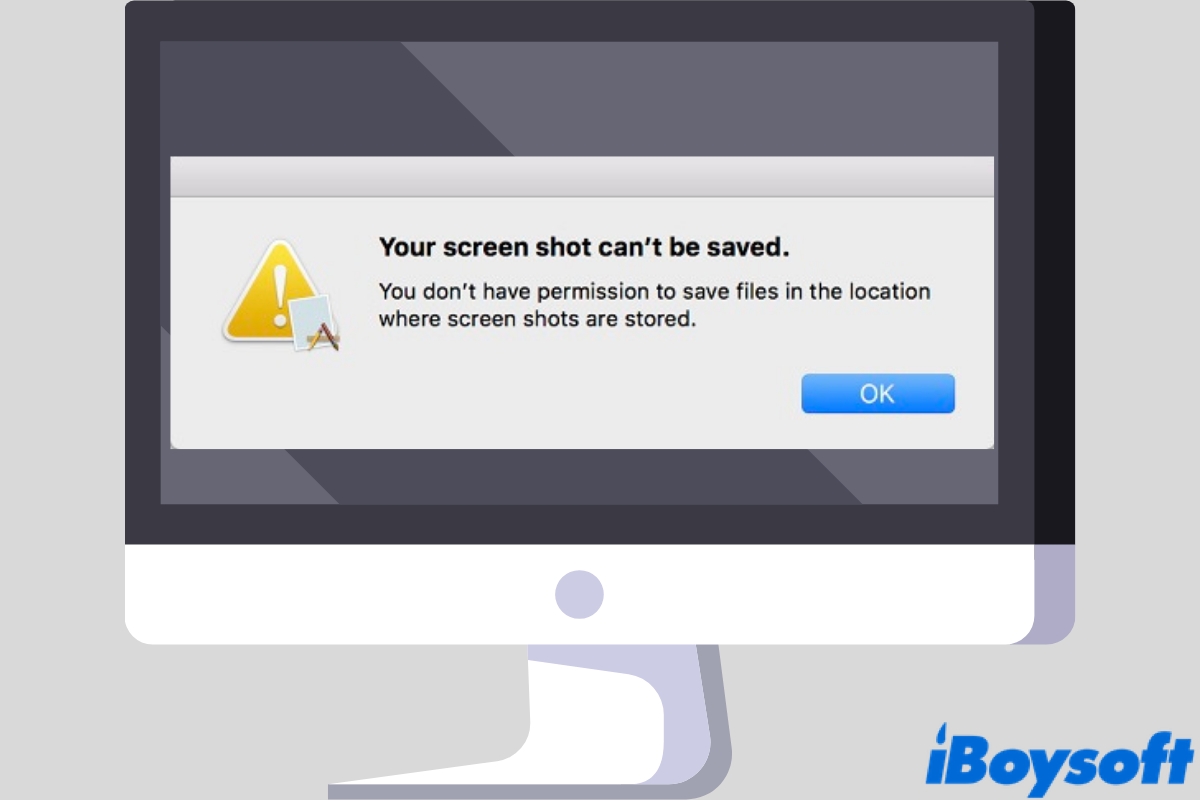 Restart the Mac to fix the system glitch

The first thing you can do is to give your Mac a restart. By doing so, it's possible to fix some system glitches and prepare your macOS in an ideal status. Simply click on the Apple icon and select Restart. 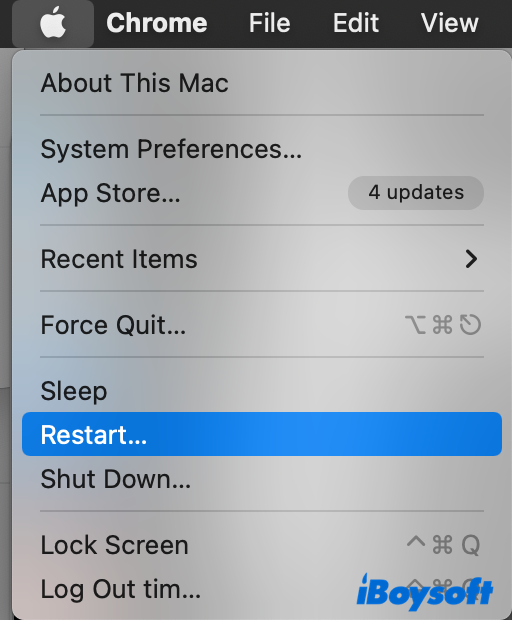 Check and reset the screenshot folder with Terminal

Oftentimes, the screenshot can't be saved error is caused by the permission issue with the default folder that stores your screenshots. To begin with, you should find out where are your screenshots automatically saved. That's when Terminal comes in.

Step 2. Enter the following commands and hit the return key.

Step 3. You should see the path of the screenshot default folder. In most cases, it should be /Users/default/Desktop, which means the screenshots will be saved to your Mac Desktop.

Note: If you are seeing this message: defaults delete com.apple.ScreenCapture, means you have incorrect permissions or access to the screenshot folder.

It's possible to fix the screenshot can't be saved issue by resetting the default screenshot folder and rebooting the system UI. Again, you are going to need the Terminal.

Note: You can replace Pictures with any location you prefer to save your screenshots, say, Documents, Downloads, and Desktop.

Step 2. Reboot the system UI by entering the commands below. Hit Enter afterward.

In this case, the macOS will restart your Mac menu bar and save the changes you make. Take a screenshot now, is the problem fixed?

Another way to fix the screenshot can't be saved error is removing all macOS screen capture configurations and restoring it to the default. You can have a fresh start to take screenshots on Mac then. All you need to do is enter the following command lines in Terminal and hit Enter.

After that, restart your Mac and see if the problem's solved.

Step 1. Go to the default screenshot folder which you can find from the method above.

Step 2. Right-click on the folder and choose Get Info from the context options.

Step 3. Under General, you should see the Locked option. Make sure the box is unchecked. 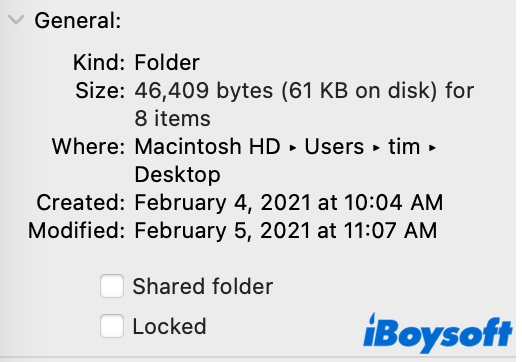 Or, you don't have read-write permission to the folder. You can keep scrolling down the Get Info list and find the Sharing & Permissions section. Under Privilege, make sure the folder is granted read-write access. 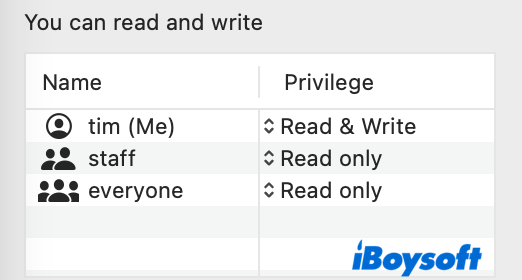 It's reported by users from the forum that Mozilla Firefox has a screenshot compatibility issue. Luckily, users can fix it by upgrading or downgrading to certain versions of Firefox to capture the screen freely, say, Firefox version 91 or 93. Alternatively, you can choose a different web browser such as Chrome and Safari.

Safari vs Chrome: Which is Better?

Some Mac users are hesitated between Safari and Chrome web browsers and want to know which is better. This post will analyze the two web browsers and distinguish the differences between them. Read more >>

One more possibility is some third-party software, especially the one related to banking or accounting, has blocked screen capturing to prevent cyber fraud, online theft, etc. For example, if you've installed Trusteer Endpoint Protection (Rapport), you should go to Console > Security Policy > Block Screen Capturing and choose Never to fix the screenshot can't be saved error.

After reading this post, you should know how to fix the screenshots can't be saved issue in four effective ways. You can restart the Mac, reset the default screenshot path, unlock the screenshot folder, and change settings in third-party programs. Do these solutions work for you? Leave a comment below!

FAQs about Your Screenshot Can't Be Saved on Mac

QWhy is my screenshot not saving?
A

QHow to get permission to save a screenshot on a Mac?
A

Right-click on the default screenshot folder and choose Get Info. First, you should uncheck the Locked option. Then you should go to Sharing & Permissions and make sure the folder is read-write allowed.