How to Transfer Files From Broken Mac to New Mac?

Summary: Read this tutorial to know how to transfer files from a broken Mac to a new Mac and ways to fix your broken Mac. Before transferring or fixing, you'd better use iBoysoft Data Recovery for Mac to recover data from your dead Mac first. 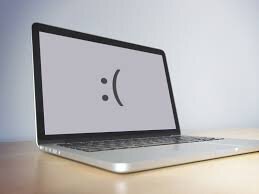 Unlike an external storage device, Mac's internal hard drive is sturdier and it doesn't run into problems as often as flash drives. But it can't last forever. Sometimes, the Mac hard drive tends to get corrupted, broken, or dead. And then your Mac can't start up. Let's see a real-life example first.

Hi, my 4-year-old MacBook Pro has died (Model A1260). The people at the Apple Store have confirmed that it's a dead logic board. I have some important files on the computer that were not backed up. How can I retrieve these files? Preferably, I'd like to be able to access these files on a PC, but if need be, I can borrow my friend's iMac to do the transfer. Thanks!

It is always advisable to keep a backup of your data on a Mac. If you have used Time Machine to back up all the files on your broken MacBook to an external drive, then it's very simple to transfer data from a broken Mac to the new Mac.

If unfortunately, you didn't have any backups of your broken MacBook Air or MacBook Pro, don't worry, go ahead to try the below solutions to get files off a dead MacBook Air or Pro.

Fix 2: Get files off a dead MacBook through Target Disk Mode

Apple provides a very useful boot mode called Target Disk Mode on Intel-based Mac. This mode can be used to share your (dead/broken) Mac's internal hard drive with another Mac to transfer files. If your broken Mac computer is fitted with an Intel chip, then use the below steps to solve how to transfer data from dead Mac to new Mac:

What if your broken or dead Mac is designed with an M1 chip or later, then how to transfer files from a broken M1 Mac to a new Mac? Actually, the Target Disk Mode in Intel Macs has been replaced with Mac Sharing Mode in Apple Silicon Macs. Mac Sharing Mode is very similar to Target Disk Mode, though it works a little bit differently. Let's see how to transfer data from dead Mac to new Mac using it:

In addition to the above solutions, to get files off the dead Mac hard drive, you can use third-party software to help you. iBoysoft Mac Data Recovery is a handy Mac hard drive file recovery software that has helped lots of users transfer files like documents, pictures, audio, videos, and emails from broken Mac to new Mac.

With this data recovery tool, there is no need to physically take out the broken Mac internal HD and access files in it. Instead, you are allowed to run the software through the iBoysoft Server or create a bootable USB and then get files off the dead MacBook. Well, using which method will depend on your situation.

Case 1: If you only have the dead Mac computer

If you have only one unbootable Mac or MacBook at your hand, the best solution you can try is to run iBoysoft Data Recovery for Mac through iBoysoft Server for recovering files. Before starting data transfer process, you need to prepare a healthy external storage device with enough free space to store the recovered data.

1. Boot your Mac into macOS Recovery mode. Even though your Mac can't boot up normally now, there's a recovery partition on your Mac machine to allow you to run some basic macOS utilities.

2. Choose a network for your Mac. You need to make your Mac connected to the Internet all the time.

3. Click Utilities in the top menu and select Terminal from the drop-down menu. 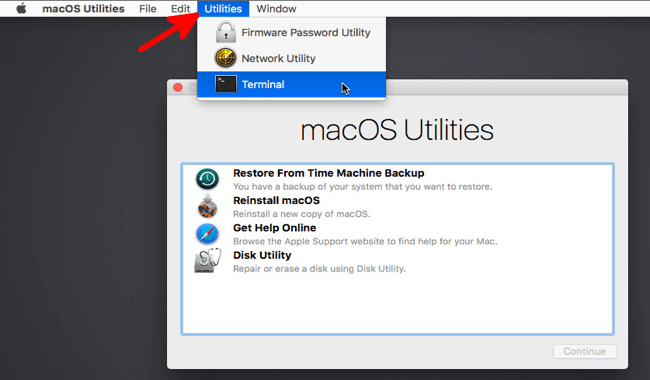 4. Type in the command line below and then press Enter. This will launch iBoysoft Data Recovery for Mac through iBoysoft Server.  :

5. When iBoysoft Data Recovery for Mac is launched, select the Mac hard drive in the list and click on Search for Lost Data to scan for files on this drive. 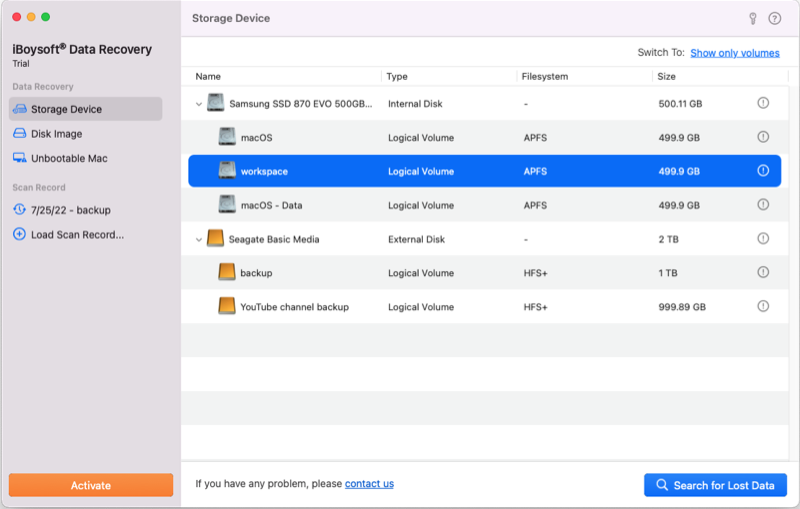 6. Select the files you want to get back, click Preview to preview them and click on Recover to recover them. Save the recovered files to the external drive you prepared. 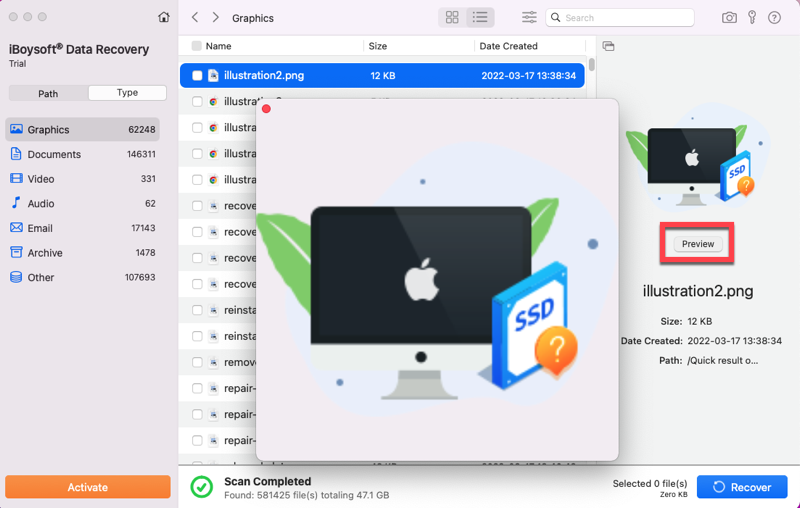 Case 2: If you have a broken Mac and a new Mac

If you have another new Mac and an empty USB drive, you can try the below steps to recover data from dead Mac hard drive. This solution is a little complicated, make sure you can follow every step patiently and carefully.

Step 1: Plug the USB drive into the healthy Mac computer.

Step 2: Download the two files below and save them to the root directory of the USB drive. These two files will install iBoysoft Data Recovery on the drive.

Step 3: Connect the USB drive to the dead or broken Mac.

Step 4: Boot the Mac into Recovery Mode following the steps mentioned above. This time, use Command + Option + Shift + R keys on all Intel Macs.

Step 5: Open Terminal from the drop-down menu of Utilities at the Apple menu bar.

Step 6: Run the command below to list all mounted disks/partitions.

In the picture below, the USB drive which contains the downloaded files is named Work Space and its path is /Volumes/Work Space.

Step 9: Recover lost data from the broken Mac after the software is launched.

How to fix a broken Mac computer?

After transferring files from a broken Mac to a new Mac, you can troubleshoot the "MacBook won't turn on" problem by doing the following to make it usable again.

QHow to get files off Mac with broken screen?
A

If all is well, your Mac with a broken display will appear as a mounted drive on the new Mac and you can access it in Finder.

QHow long does it take for Mac to Mac Transfer?
A