Mac VoiceOver: What Is It & How to Enable It on Mac

What Is Mac VoiceOver & How to Turn It On and Off

Summary: In this article from iBoysoft, we're going to talk about Apple's built-in visual accessibility feature - Mac VoiceOver. It details what VoiceOver is, the steps to turn it on or off, and how to use VoiceOver on your Mac computer. 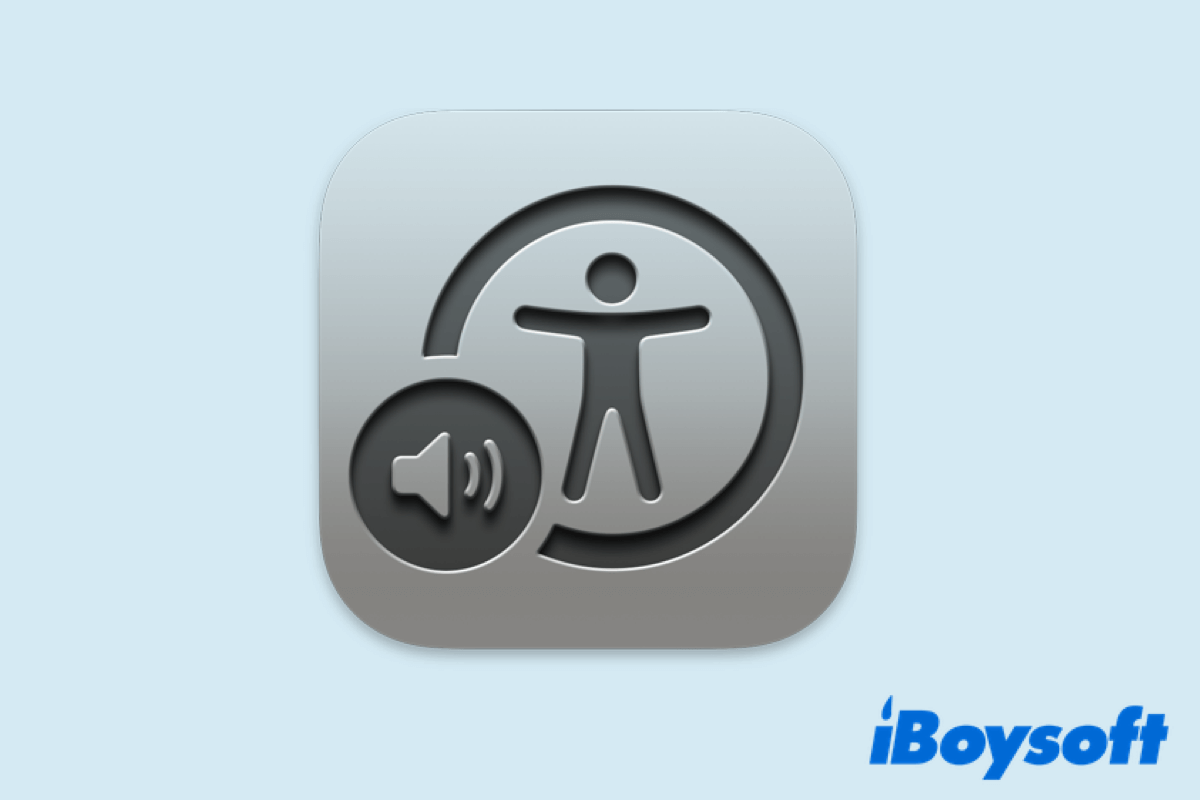 The digital screen is an inseparable element of modern electronic devices, such as Mac computers, tablet PCs, and smartwatches. Also, the screen is a very important part of human-computer interaction. It shows all the information and all we need to do is to literally 'see' it.

Though it is convenient for us to get what we what to learn from digital screens, the blind and visual impairment would hard to do so. For this concern, Apple provides its own solution - Mac VoiceOver, a visual accessibility feature that allows users to operate Mac using merely a keyboard while having items on the screen read out loud. To learn more about VoiceOver on Mac, read on!

What is Mac VoiceOver?

VoiceOver, the sophisticated screen reader developed by Apple, comes pre-installed on all iOS and macOS devices, for example, Macs, iPhones and iPads, and even Apple Watches. For those who are visually impaired and those who suffer from reading disorders, it is an exceptionally handy tool.

When Mac VoiceOver is enabled on your Mac computer, it will automatically speak aloud what appears on the Mac screen, including the text and information that are in documents, windows, and web pages. With it, users with visual disabilities can control their computer using a rich set of keyboard commands and gestures, instead of by clicking buttons or links on the screen.

How to turn on or off VoiceOver on Mac?

There are multiple ways to enable VoiceOver on Mac, and you can turn it on with the methods provided below at any time:

Moreover, if you're not comfortable with keyboard shortcuts or using Siri, or your Mac doesn't have Touch ID, you can turn on VoiceOver by following these steps:

If you recently update your Mac to macOS Ventura, the steps to enable or disable VoiceOver change a little bit since System Preferences on macOS Monterey or earlier versions are turned into System Settings. Here's how:

How change the voice of VoiceOver?

Since VoiceOver helps users control their computer by speaking aloud the content on the screen, if you find the VoiceOver voice a little bit difficult to understand, you can change it at any time.

Additionally, you can speed up or slow down Mac VoiceOver by clicking and dragging the slider next to Speaking Rate.

Improvements in VoiceOver on macOS Ventura

The latest version of macOS offers new features to Mac VoiceOver to let you better control your computer. In macOS Ventura, Apple added the following features for VoiceOver:

This article introduces what is Mac VoiceOver on macOS, and also it tells you the way to turn it on or off. If you have friends or family members who suffer from visual impairment, you can recommend this app to them, so they can better control their Macs.