What is RAM & How to Check RAM Usage on Mac?

What is RAM & How to Check RAM Usage on Mac?

Summary: This article concludes what RAM is, RAM vs. ROM, and RAM vs. Storage. How to check RAM usage on Mac and common RAM types are also covered. 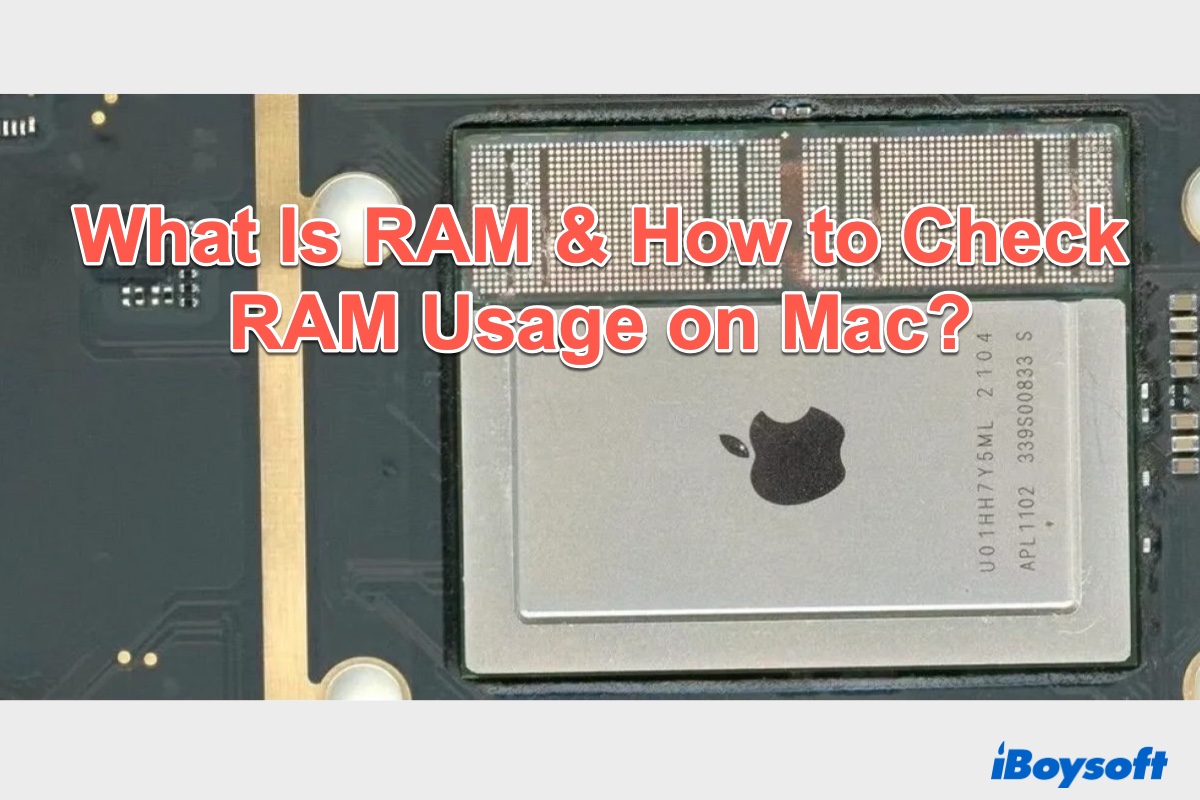 RAM or random access memory, is known as your computer's short-term memory. It is a crucial hardware component for your Mac or PC to perform smoothly. Here, we'll explain exactly what RAM is, the difference beteween ROM and general storage, and how to check RAM usage on Mac.

RAM (random access memory) stores the data that help your computer perform its most important tasks, such as loading apps, browsing websites, and editing documents. RAM lets you open apps and files quickly because your computer can easily find the data in its short-term memory, different from virtual memory. 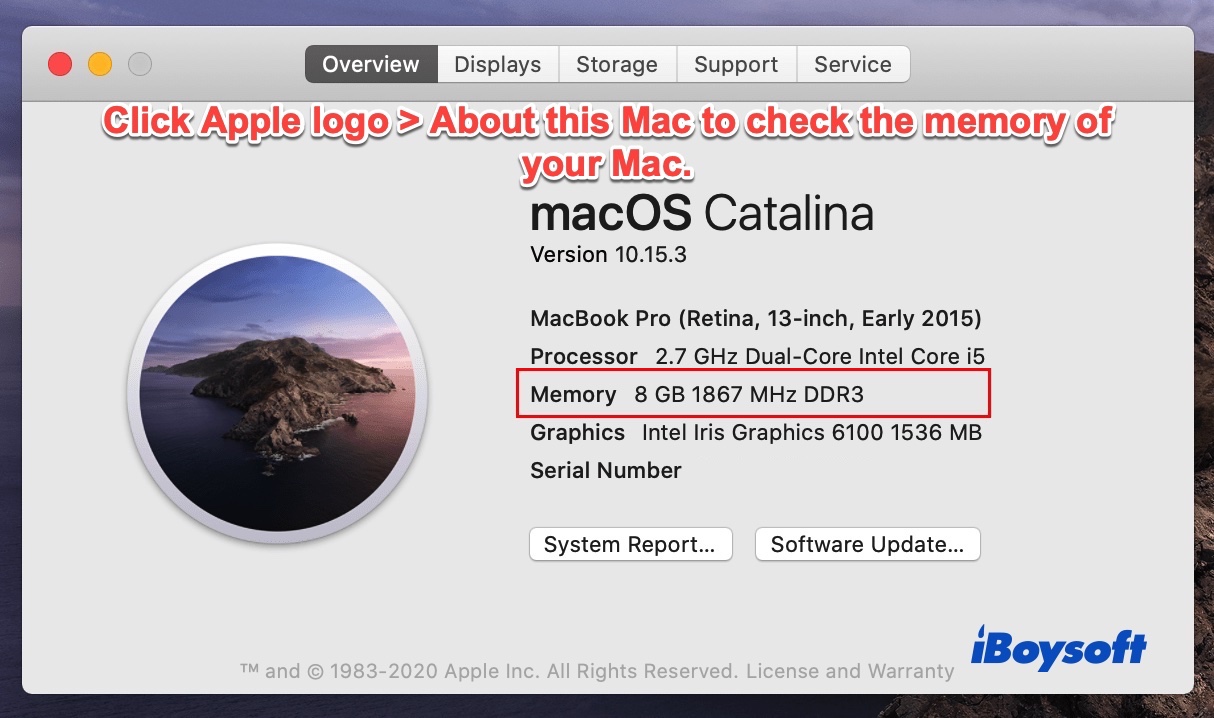 What are the main types of RAM

Normally, there are two main types of RAM: SRAM and DRAM.

SRAM (static random access memory) data is stored in transistors and uses power constantly to keep data fresh. That's why it's called static because it doesn't need to be refreshed. SRAM is used in cache memories, like the small files your processor (CPU) accesses all the time.

DRAM (dynamic random access memory) data is stored in capacitors and slowly discharges power. It's called dynamic RAM because the gradual energy decline means that it needs to be refreshed periodically to work properly. When the power is cut, the electrical charges dissipate and the RAM is emptied of data. 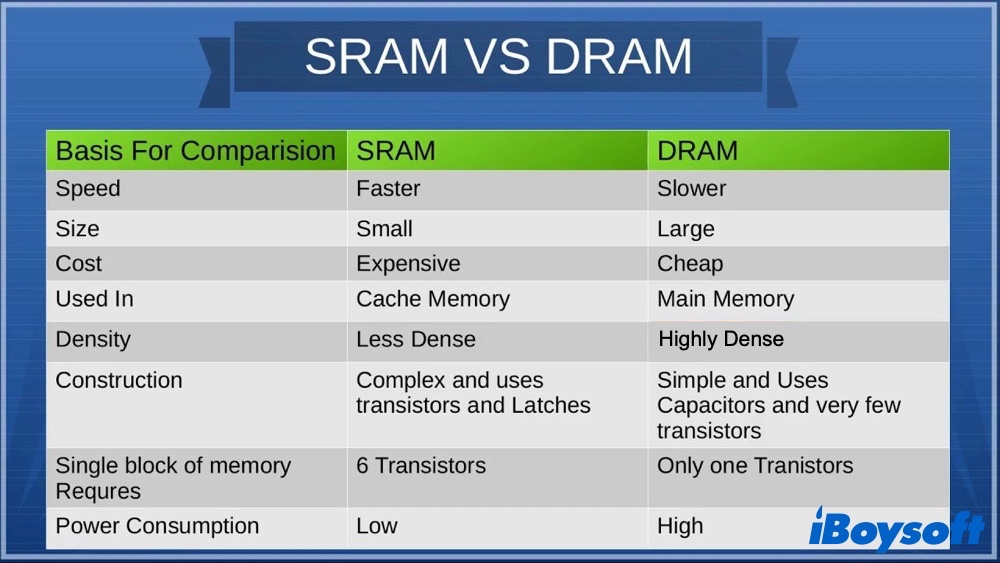 What's the difference between RAM, ROM, and general storage

When talking about random access memory vs. Storage, you should know they are two different types of data storage devices. Storage is the internal HDD or SSD where data is permanently stored for future access. And these data are non-volatile. RAM is volatile and data disappears after the computer is off because it only stores the computer's temporary data.

When referring to RAM vs. ROM, you may be more confused because their acronyms are so similar. ROM, short for read-only memory, is computer memory containing data that can only be read, not written to. ROM contains boot-up programming that is used each time a computer is turned on. It generally can't be altered or reprogrammed. 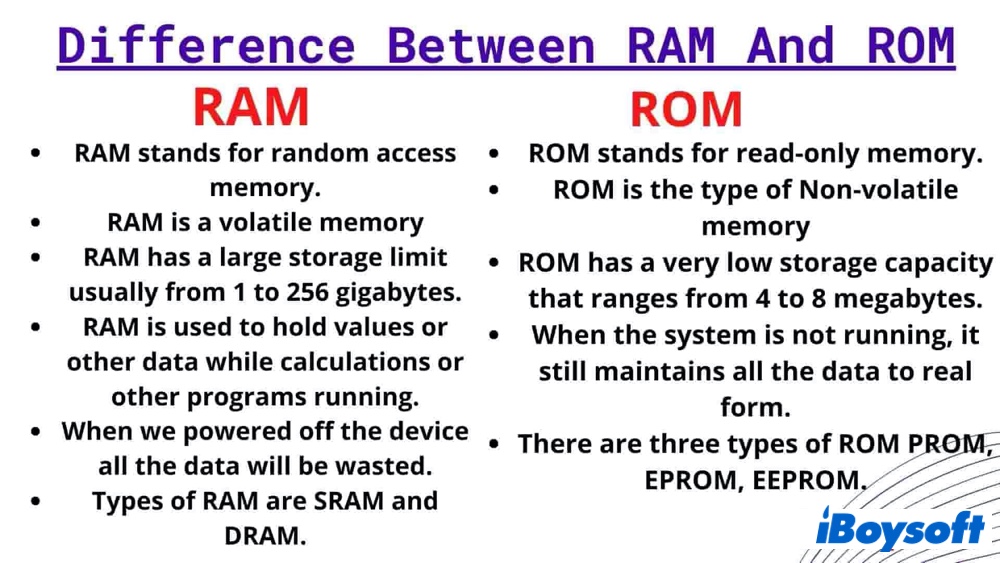 The data in ROM is nonvolatile and isn't lost when the computer power is turned off. As a result, read-only memory is used for permanent data storage. random access memory, on the other hand, can only hold data temporarily. ROM is generally several megabytes of storage, while RAM is several gigabytes.

How to check RAM usage on Mac

Your Mac's total RAM capacity is different from how much available RAM you have right now. But checking your RAM usages on Mac is easy too.

Physical memory is your total RAM, while Memory Used, including App Memory, Wired Memory, and Compressed,  is the amount of RAM your Mac is currently using. If you think a lot of RAM is currently being used, freeing up some of this memory will help to speed up your Mac.

How much RAM do I need

Regardless of the type of RAM you use, you may notice inadequate memory can lead your Mac or PC to perform poorly and even pop up an error saying "Your system has run out of application memory". You may start to wonder how much RAM do you need. The amount of computer RAM you need depends on what you do.

8GB of RAM is a standard memory size for modern computers. If you browse the web and edit basic documents like Word and Excel files, 8GB of RAM is enough.

If you're a game addict or need to do multimedia work, most computers will perform very well with 16GB of RAM. 32GB of RAM always applies to high-end computers like Mac Pro and is widely used by those professional engineers.

QHow do I get more RAM without upgrading?
A

If you don't want to spend money on RAM upgrades, then the best way to get more available RAM is to close those apps or broswer that are taking up too much memory. Besides, you don't need to run a dozen applications at the same time.