How to Boot into Mac Single User Mode and Repair Your Hard Disk?

How to Boot into Mac Single User Mode and Repair Your Hard Disk? 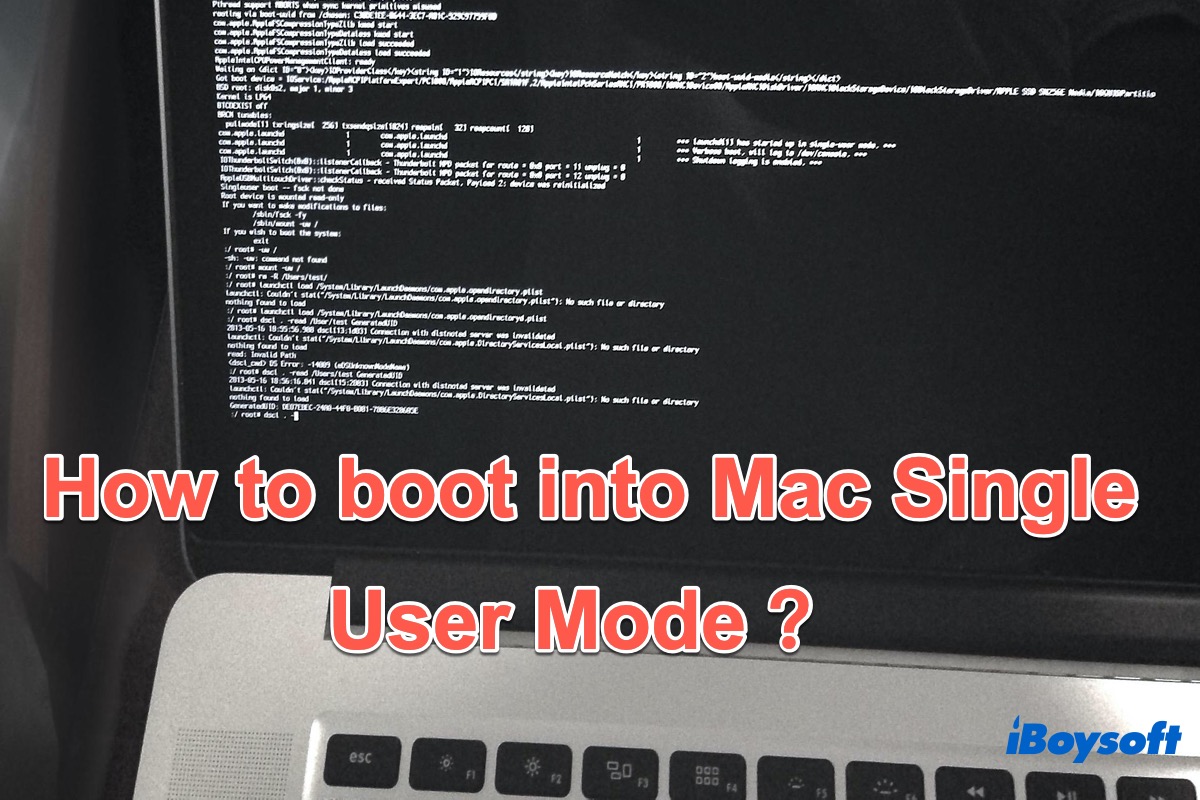 What does Mac Single User Mode do?

Single User Mode is known as one of the special booting modes on Mac to troubleshoot Mac problems and perform administrative tasks. It will boot your Mac into a minimal text-based environment with no graphical interface and no drive volumes mounted on startup.

You'll only have access to a Unix prompt, into which you'll need to type commands. There are quite a few Unix commands available in this minimal environment to allow you to perform basic repairs to the startup drive, mount the storage drives as well as read and write files.

How to boot into Single User Mode on Mac?

Here is how to enter Single User Mode as your Mac boots up. But please be noted that if you are running an Intel-based Mac with an Apple T2 Security Chip, you need to change Full Security to No Security in Startup Security Utility under Mac Recovery Mode first.

If you want to always start up your Mac with Single User Mode, you need to utilize Terminal to make it.

How to repair a hard disk via Mac Single User Mode?

Then press the Return key. And your Mac will run a diagnostic on your internal drive, and attempt to repair any damage it finds. It may take some time, depending on the condition of your drive, how big it is, and how full it is.

If "FILE SYSTEM WAS MODIFIED" appears on the screen, it means one or more problems have been found and repaired. Since additional issues may exist after a repair is made, you should rerun fsck until you see the message:

"The volume (name of your volume )appears to be OK"

This means your hard disk has no problems now. You can exit Single User Mode and boot your Mac normally.

Can you exit the Single User Mode on Mac?