[Explained]How to Use Script Editor on Mac

Get to Know the macOS Utility - Script Editor

Summary: This is an explanation of Script Editor, a macOS built-in utility. After reading, you will know what the Script Editor is on Mac and how to create a script on Mac. 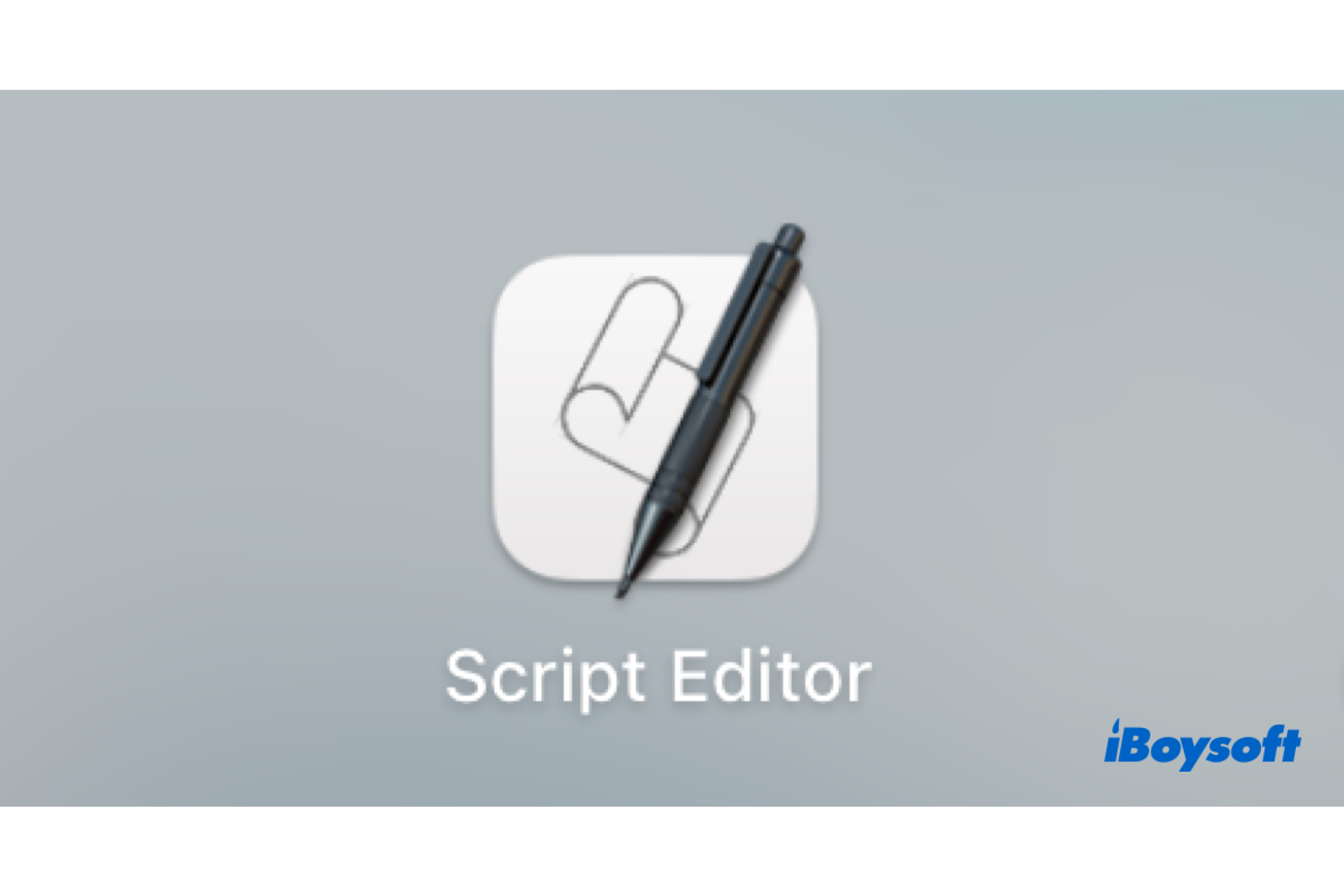 Mac computers are suitable for software partitioners given that based on Unix, macOS is friendly to the software developer, the system is stable and secure, and there is various professional software for you to boost productivity. Here, we are going to talk about the Script Editor, a utility included in Mac OS X and macOS.

What is Script Editor on Mac

The script is a kind of programming language, a sequence of computer commands for a program to interpret. The utility to handle script-related work is called Script Editor(called AppleScript Editor from 2009 to 2014) on your Mac. It is used to view an app's scripting dictionary, edit saved scripts, and create powerful scripts, tools, and even apps.

You can use Script Editor to create scripts to perform repetitive tasks and automate complete workflows( these can also be realized with other two macOS features, the Monterey Shortcuts app, and Automator). Besides, you can create scripts to control the app and even the system.

How to use Script Editor on Mac

Navigate to Finder > Applications > Utilities, you can find Script Editor here, double-click it to run the program on your Mac. Then it presents you with a window to create a new script. 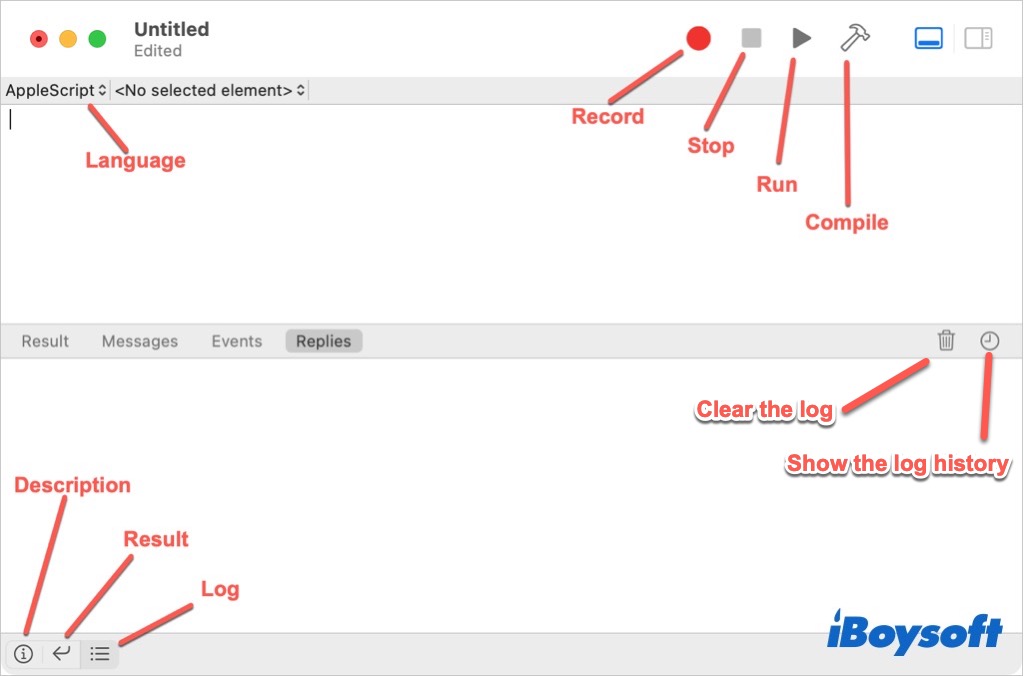 The Script Editor supports two scripting languages, including Applescript and Javascript, tap the language button to expand the drop-down menu and choose a language to view, edit, and create scripts.

With the toolbar located in the upper right corner, you get the buttons to Record, Stop, Run, and Compile. And the other two buttons are used to hide and show Accessory View and Bundle Contents. 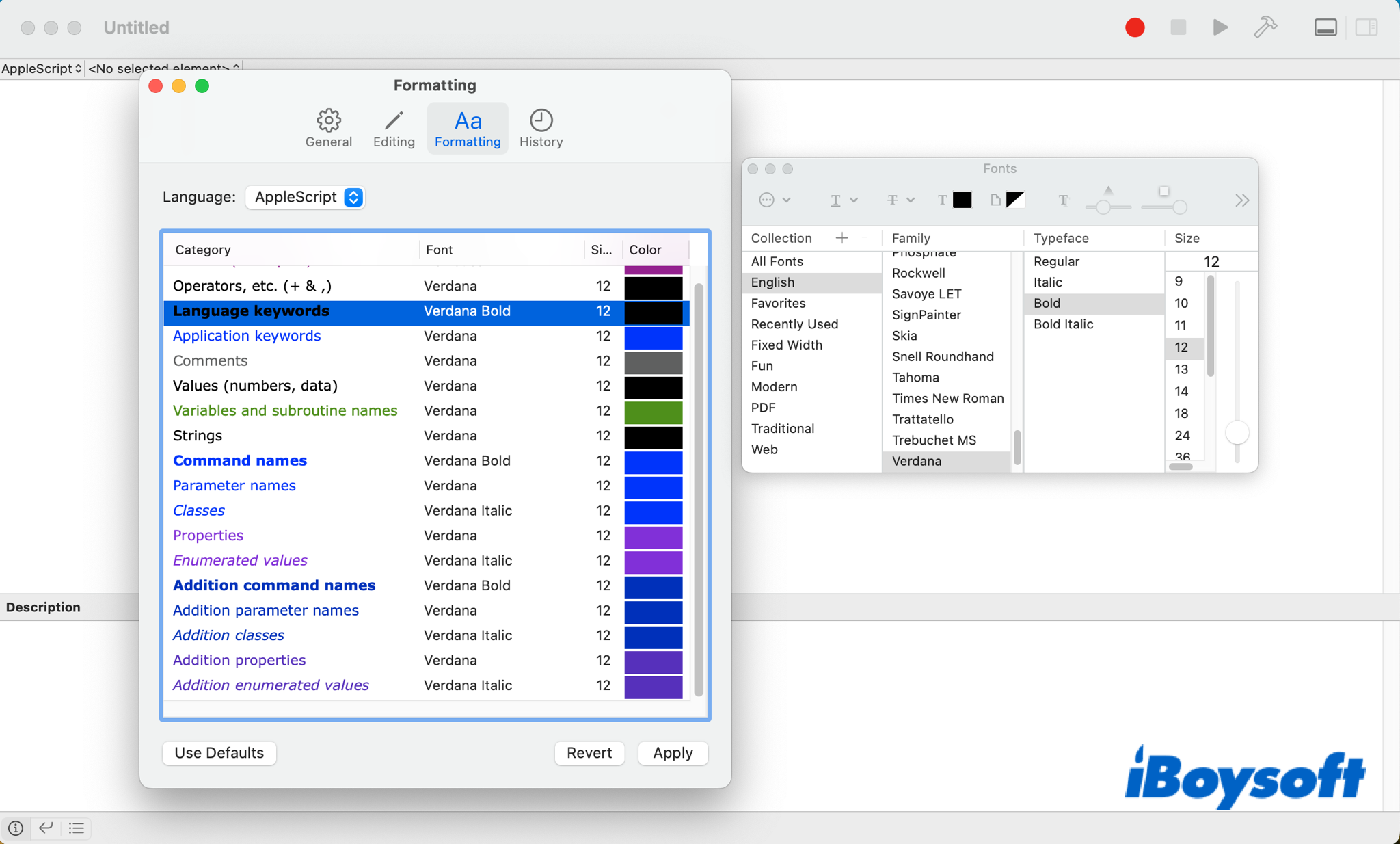 You can view an app's scripting dictionary with Script Editor on Mac: