What is an MTS File Extension & How to Open It?

MTS File Extension Understanding: What is It & How to Open It?

Summary: MTS file extension is one of the members of video files. This article from iBoysoft guides you to know the MTS file comprehensively. Meanwhile, the apps that have MTS file support to let you open it and how to convert an MTS file to other file formats are also covered. 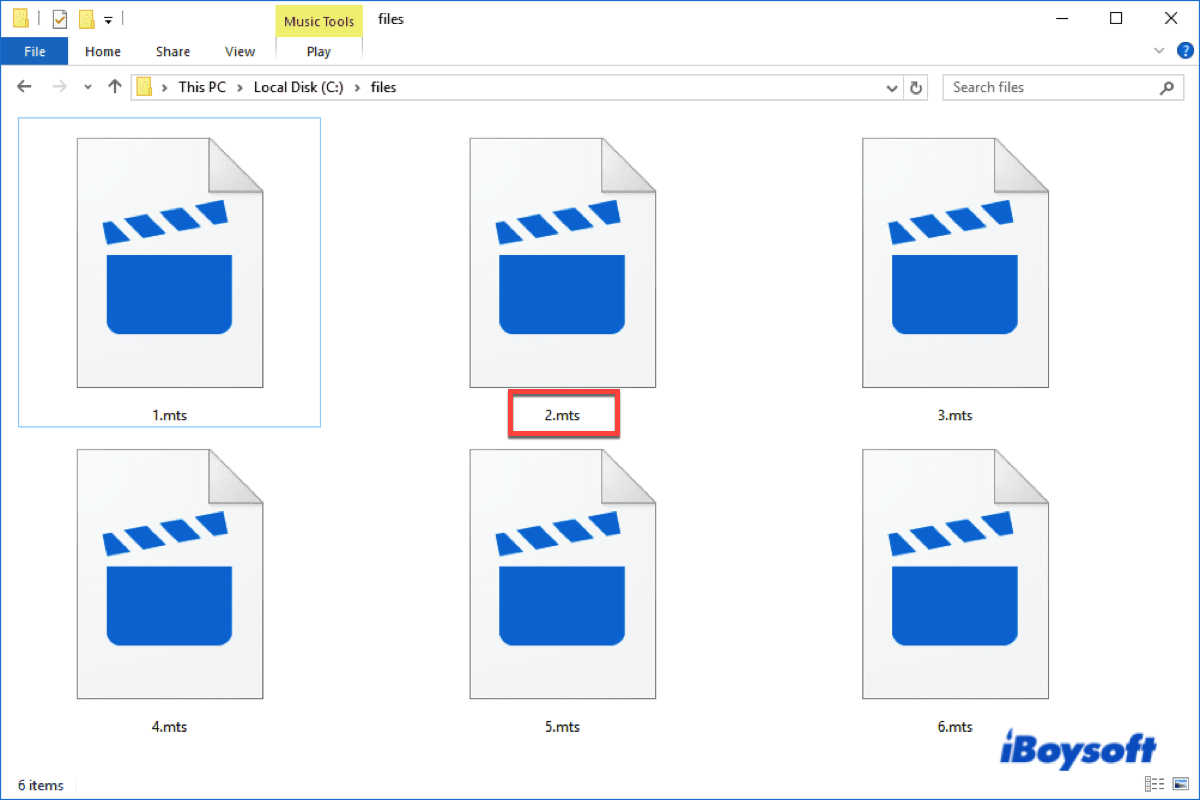 Like the FLV file, the MTS file is a member of the video files. It is a branch of the AVCHD (Advanced Video Coding High Definition ) file.

This article gives a full introduction to the MTS file, including what is an MFS file, how to open an MTS file on different operating systems, and how to convert the MTS file.

What is an MTS file

Short for MPEG Transport Stream, An MTS file is a video saved in the manner of Advanced Video Coding High Definition (AVCHD) file format. The AVCHD format was established by Sony and Panasonic in 2006 and is used by many of the companies' HD camcorders.

MTS file allows you to record high-definition videos to transform or share on your computer. Moreover, you can also store HD MTS videos on Blu-ray discs. The MTS files are widely used by many professionals and home users nowadays.

If you have known the MTS file, then share it with more people!

How to open an MTS file

After figuring out the definition of an MTS file, let's focus on the software that can open and edit MST files. This article list the software that you can utilize to open MTS files on macOS, Windows OS, Linux OS, Android OS, and the Web.

For Mac users, you can open and edit the MTS files with the programs below:

For Windows users, you can take advantage of the following software to open and edit an MTS file:

For Linux OS, you can have a quick of these applications to play an MTRS video:

For Andriod OS, you can use the software in the table:

For the web, you can open an MTS file on Google Drive without a hitch.

Share this article to let more people have access to open and edit an MTS file on their devices!

How to convert an MTS file

If you're looking forward to a tool for converting an MTS file to other file formats, you're in the right place. VideoLAN VLC media player is recommended here to convert MTS files to various file formats. You can utilize it to convert tMTS files to the following formats:

Subordinating to AVCHD file format, MTS files are high-definition video files that are greatly welcomed by many Sony and Panasonic professionals and home users today.

However, it's a must to utilize certain software for opening and editing it on your devices like computers and phones. You can try the software mentioned in this article according to your operating system.

FAQ about what is an MTS file

QHow do I open an MTS file?
A

QHow do I convert MTS files to MP4 on my computer?
A

You can utilize some MTS file converter to perform such a task, for example, the VideoLAN VLC media player.

How secure is the macOS APFS encryption?

Want to know how APFS encryption performs in terms of security? Check this post to find the answer.

How to completely uninstall applications on macOS?

A used MacBook that has been factory reset - any danger of former user tracking in any way?

Will the former user still be able to track you after your Mac is factory reset? This thread gives you the answer.