Summary: This post is a full overview of M.2 SSD. It tells what is SSD used for, SSD sizes, and SSD speed. More importantly, it compares the M.2 SSD and SSD and tells you the truth - whether M.2 is better for gaming. 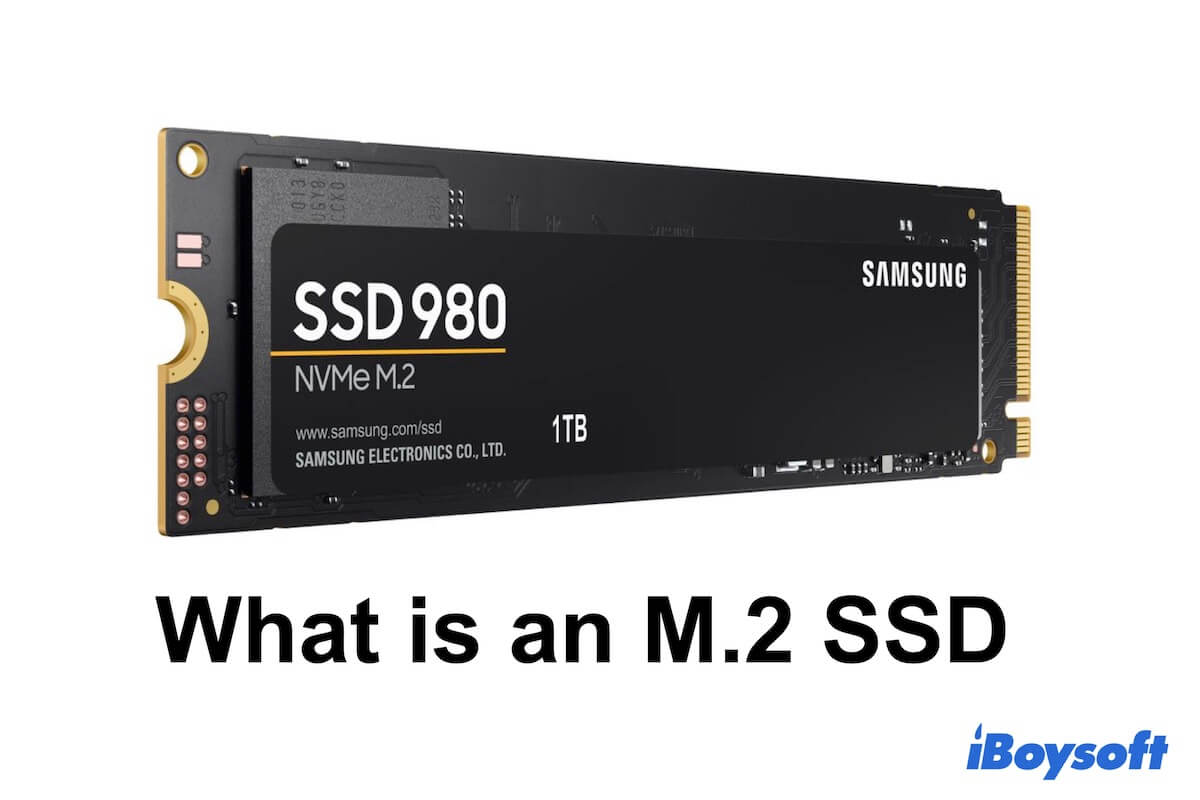 Nowadays, there are types of hard drives for you to choose from. Especially for those who need a hard drive for specific use like gaming, creating a bootable installer, or so.  You might have heard of M.2 SSD from some source but know nothing more about it. Follow this complete guide to learn everything about M.2 SSD.

Introduced by Intel in 2012, an M.2 SSD is a new type of SSD (solid-state drive) that shapes like a stick of gum. This small form factor of SSD is a specification that can be directly plugged into the motherboard of a computer. It is originally designed as an internally mounted extension card to add the storage capacity of thin, storage-limited, and powered-constrained computers.

Different from traditional 2.5-inch SSDs, M.2 SSDs are smaller in size but higher in storage capacity and performance. M.2 SSDs can have up to 8TB of storage amount. But on the other hand, they cost more than traditional SSDs.

Since M.2 SSDs have large storage capacities, specific form factors, and multiple-interface support, they are the ideal choices for you to build your computer. Also, you can add an M.2 SSD onto your laptop's or tablet computer's motherboard to upgrade it for gaming, video creating, 3D animation, or other jobs that require a large amount of memory and high performance.

Shaping like a rectangular, M.2 SSDs are usually 22 mm in width, 60 mm or 80 mm in length. But M.2 SSDs also have other lengths. And by default, the size of an SSD is labeled on the card via four or five digital numbers, consisting of the width (the first two digits) and the length (the remaining digits). 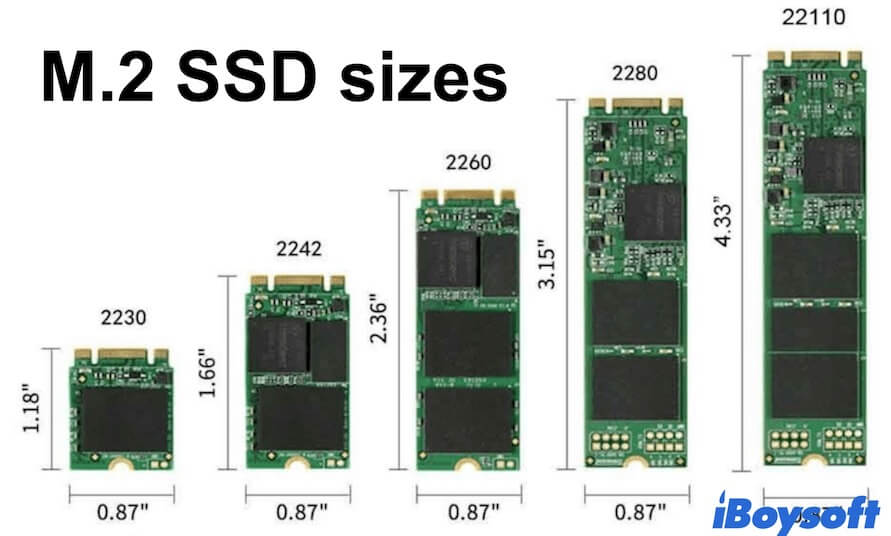 The M.2 SSDs are greatly different from the traditional 2.5-inch SATA SSDs in form, uses, data transfer speed, and performance. 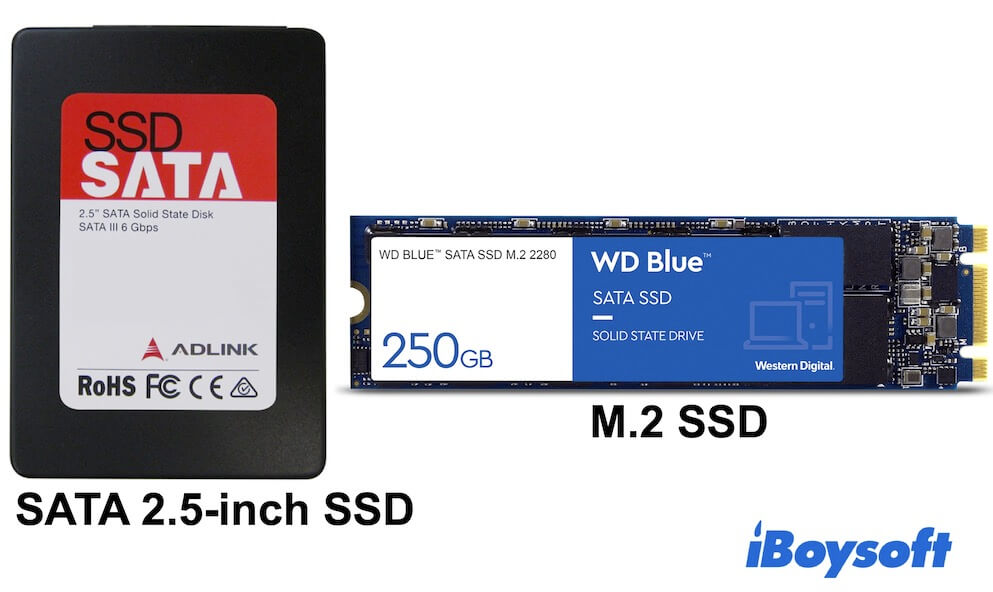 In form, the M.2 SSDs are thinner and smaller than the 2.5-inch ones.

In use, the M.2 SSDs are more used to extend the internal storage capacity of a laptop or tablet for gaming setup or other storage-consuming tasks. For the traditional 2.5-inch SATA SSDs, they are widely used as the internal hard drive of Mac machines.

SATA M.2 SSDs are based on the SATA interface, the same as that of the 2.5-inch SATA SSDs. Thus, they provide the same level of speed, which reach up to 600 MB per second of data transfer rate. But the M.2 SSDs with NVMe support have up to five times the bandwidth than that of SATA SSDs', offering faster data transfer speed and higher performance. Besides, the PCle -based M.2 SSDs can range up to 4GB per second of data transfer, also far faster than traditional SSDs.

Do you need M.2 SSD for gaming?

M.2 SSD is not cheap. So, you'd better think twice before purchasing one. If your internal SSD is NVMe supported, you don't need to add an extra M.2 SSD onto the motherboard for gaming. The data transfer performance of NVMe is enough for continuous fluency gaming. 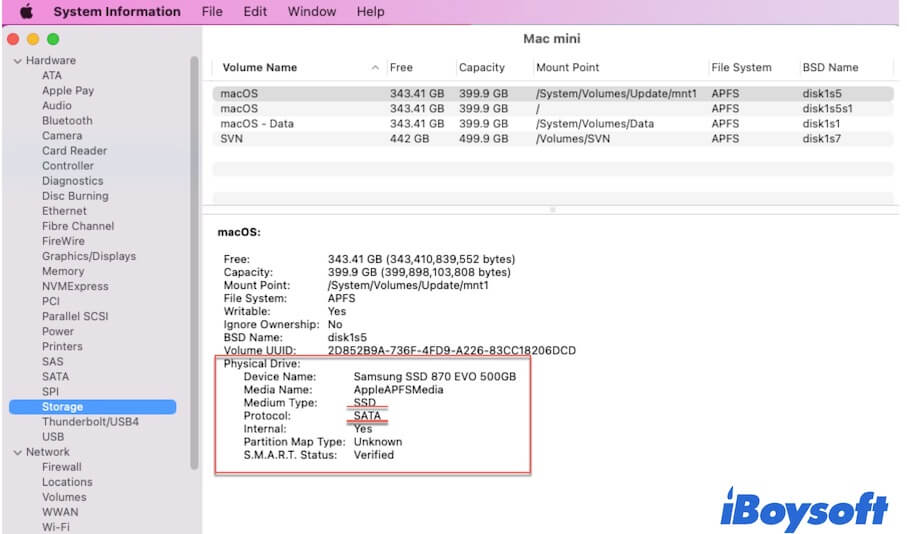 To select M.2 SSD for gaming, you'd better choose the NVMe-based or PCle-based M.2 SSDs as they are powered with faster performance for data transfer when compared with the SATA supported ones.

Pros and cons of an M.2 SSD

Like other types of hard drives, M.2 SSDs also have advantages and disadvantages.

The advantages of M.2 SSDs

The disadvantages of M.2 SSDs

What is the TRIM feature on SSD?

How to recover data from MacBook SSD?

QIs M.2 better for gaming?
A

If you use your Mac for massive power-consuming and large-data processing and transferring work, you can add M.2 SSD to your computer's motherboard for a better gaming experience. If your computer already has a SATA or NVMe SSD and you mainly use it for gaming, there's no need to use M.2 SSD.