Everything about SATA SSD: What Is It & The Speed of It

SATA SSD Overview: What Is It & Comparison With Other SSDs

Summary: This post explains what is SATA SSD and its speed. Also, it compares the SATA SSD with NVMe and M.2 SSD. After reading this post, you can make a decision if it is worth using a SATA SSD. 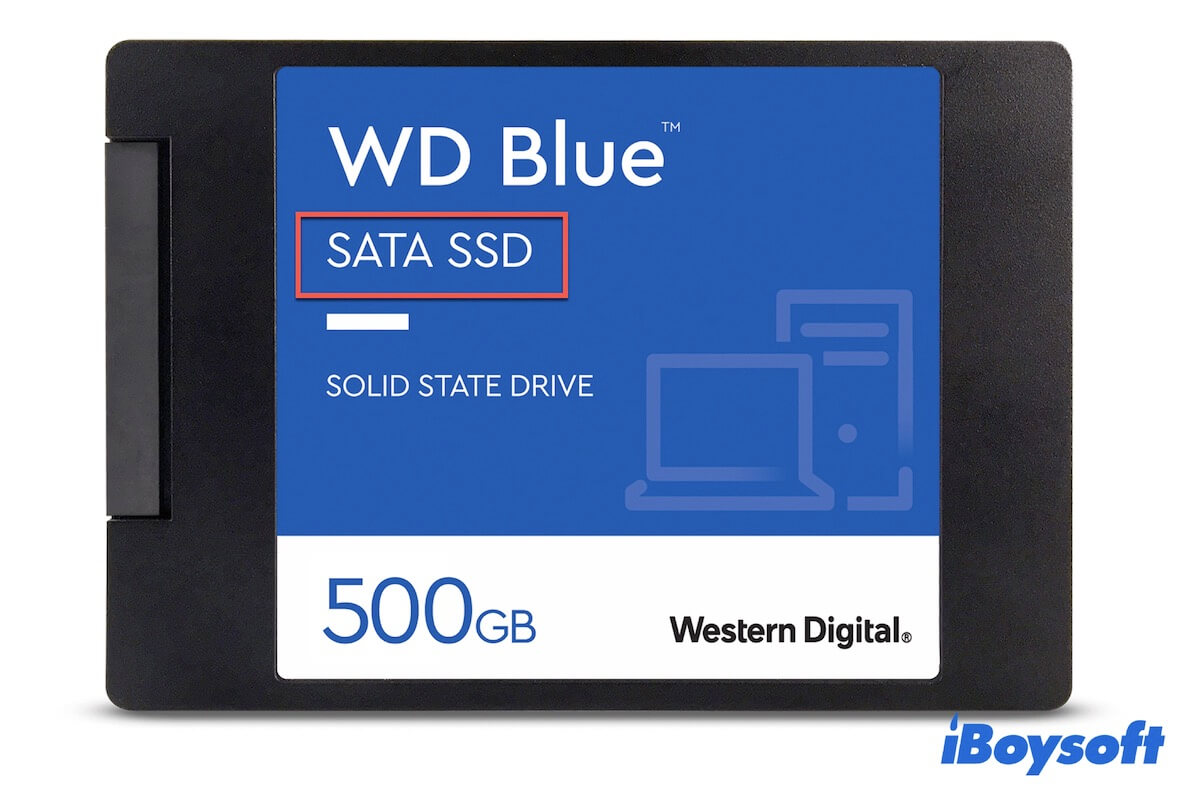 There are types of SSDs in the market and you prepare to purchase SATA SSD but know nothing about it. While this post can help you get full learning of SATA SSD.

What can you learn about SATA SSD from this post:

What is SATA SSD?

SATA SSD is a type of SSD that uses the SATA (Serial Advanced Technology Attachment) interface. Introduced in 2003 and as the default interface for most hard drives, the SATA interface has three versions up to now, including SATA I (or SATA 1.5Gb/s), SATA II (or SATA 3Gb/s), and SATA III (or SATA 6Gb/s). While the popular one is SATA III which has the highest Throughput (Transfer Rate) and data transfer speed among them.

Moreover, SATA SSDs have backward compatibility. That is to say, the SSD with the SATA III interface is compatible with both SATA I and SATA II. Naturally, the speed of reading and writing data is also reduced.

Is SATA SSD faster than other SSDs?

It is hard to give a definite answer as apart from the SATA, SSDs also adopt other interfaces, such as PCIe, USB, SAS, FC, etc. Interfaces with different versions supply different transferring speeds.

So, don't compare SATA SSD with other SSDs only on the base of the interface. You also need to compare the version of the interface that the SSD uses. And usually, an SSD labels the throughput.

Is SATA better than NVMe?

NVMe is better. But SATA and NVMe are different things. SATA is an interface for hard drives while NVMe (Non-Volatile Memory Express) is the new protocol for high-speed storage devices like flash drives or SSDs.

Originally, SATA is designed for HDDs that use AHCI drivers with spinning technology. But NVMe technology relays on the PCIe slot and is introduced to resolve the drawbacks of the SATA interface and communication protocols.

Comparing the current version of PCIe which has up to 64,000MB/s data transferring speed, the SATA III (up to 600MB/s) is far slower. Let alone the PCIe interface combined with the NVMe technology.

Therefore, if you are confused about picking up a SATA SSD or an NVMe SSD, choosing NVMe is better but it also costs a lot. 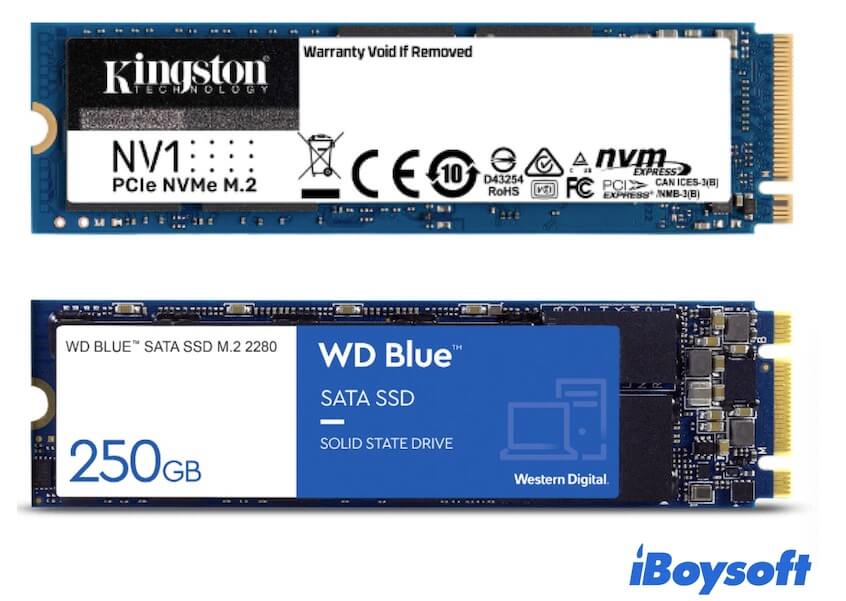 M.2 is a new specification for the form of SSD. An M.2 SSD is shaped like a stick of gum. But SATA refers to the interface of an SSD. So, M.2 and SATA  are different definitions for an SSD.

M.2 SSD is designed to plug into the motherboard of a computer to extend the internal storage. It can support different interfaces, including SATA, PCIe, PCIe-NVMe, and USB. So, you can find there are SATA M.2 SSDs and PCIe M.2 SSDs in the market.

Compared with the normal SATA SSDs, an M.2 SSD is smaller in size but usually with larger storage capacity.

Is SATA SSD good for gaming?

SATA interface has three different throughputs (6Gbps, 3Gbps, or 1.5Gbps) according to the version that the SSD uses. And a PCIe SSD with NVMe technology delivers far fast data transfer speed and addresses the bottlenecks of SATA in communication and transferring rate.

But considering the high cost of an NVMe SSD, the promoted performance it brings for gaming is not worth it. All in all, using a current SATA III-based SSD is enough for gaming.

No, SATA is one of the common interfaces that SSDs use. There are also other interfaces for SSDs, such as PCIe, USB, FC, SAS, ATA/IDE, IEEE 1394, etc.

No, a SATA SSD can't connect to an NVMe slot. And a SATA slot can't work with an NVMe drive.

Q3. What are the different types of SSDs?
A