How to Run iOS Apps on Mac?

How to Run iOS Apps on macOS Ventura/Monterey/Big Sur?

In 2020, Apple released its Mac transition to Apple Silicon Mac. The new M1 Mac not only offers advanced performance and efficiency but also allows running iOS apps on the Mac. If you always want to run your favorite iOS apps or games on your Mac, then you really should not miss this guide. It will walk you through the instructions to help you run iOS apps on Mac.

Can I run iOS apps on my Mac

To successfully run iOS apps on your Mac, your Mac should be powered by one of Apple's custom silicon chips and running macOS Big Sur or newer.

To check if your Mac has an Apple Silicon chip, do the following:

Under the bottom of the window, you should also see what macOS your Mac or MacBook is running. The macOS name with its version number is listed here, such as macOS Ventura in the above picture. Now that you've confirmed that your Mac with an M1 chip is running macOS Big Sur or newer, proceed with the next par to run iOS apps on Mac.

How to run iOS apps on M1 Mac

Can I run iOS apps on Intel Mac 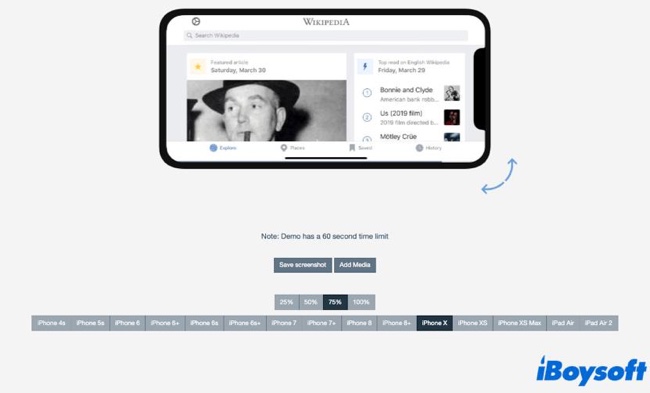 There are some main iOS emulators for Mac in the market, such as Xcode, TestFlight, and Appetize.io. Xcode or TestFlight is suitable for developers while Appetize.io is more suitable for average Mac users. Appetize.io allows Mac users to upload apps and do the testing on its website directly, which means you can run iOS apps on non-M1 Mac without downloading this third-party app on the Mac.

Now, your problem with how to run iOS apps on Mac should be resolved. We'd be appreciated it if you share this tutorial with more people!