How to Change Default Shell to Bash on Your Mac?

The shell is the command-line interface (CLI) and interpreter for the set of commands used to interact with the operating system. Zsh (Z shell) and bash(Bourne-again Shell) are the two options for Mac's default shell. It depends on the macOS versions you're running.

On macOS Mojave and earlier, the default shell is bash, however, Apple switched from zsh to bash since macOS Catalina partly because bash is now under the GPL v3 license which is incompatible with Apple's policies and zsh is closer to the functionality of the standard bash.

How to tell what shell your Mac is using

on macOS Ventura, Monterey, Big Sur, and Catalina, the default shell is zsh now, but some Mac users want to change zsh to bash on Mac given that they have used bash for a long time and are used to it or they need to execute the bash script on Mac. Whatever the case, you are covered in this post.

Change zsh to bash for the interactive shell

If you want to switch back to zsh from bash, use the command below: 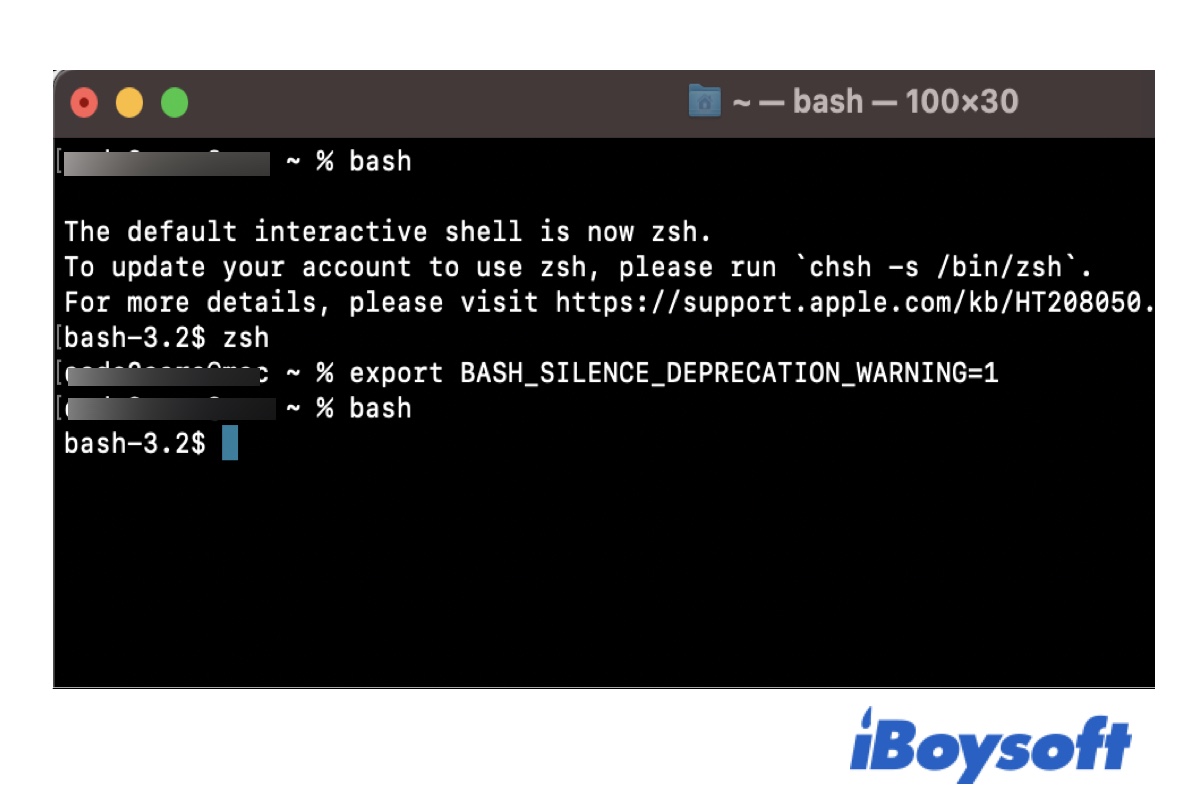 This post explains what "The default interactive shell is now zsh." on Monterey/Big Sur/Catalina is and three ways to remove the message, including steps to change the shell to zsh. Read more >>

When a user logs into their user account, they are given a shell known as a login shell. Mac users can switch the shell from zsh to bash for the login shell within a few steps.

On macOS Monterey and earlier:

Already changed zsh to bash with the steps above? Share it with others now!

But keep in mind that the Bash (Bourne Again SHell) version that comes with macOS is still somewhat outdated. Bash 3.2, the last version with GPLv2(the GNU General Public License v2) is included in all versions of macOS while Bash 5.0 is the most recent version. However, Bash 4.0, the successor of Bash 3.2, began to use GPLv3, which Apple doesn't support.

Once you have completed the Homebrew installation, run the command below to update bash on Mac:

It is not that hard to change zsh to bash as we have guided you step by step in this post. You can also switch back to zsh from bash after you complete the tasks requiring for bash shell on your Mac. In addition, you also know how to update bash on macOS from this post.