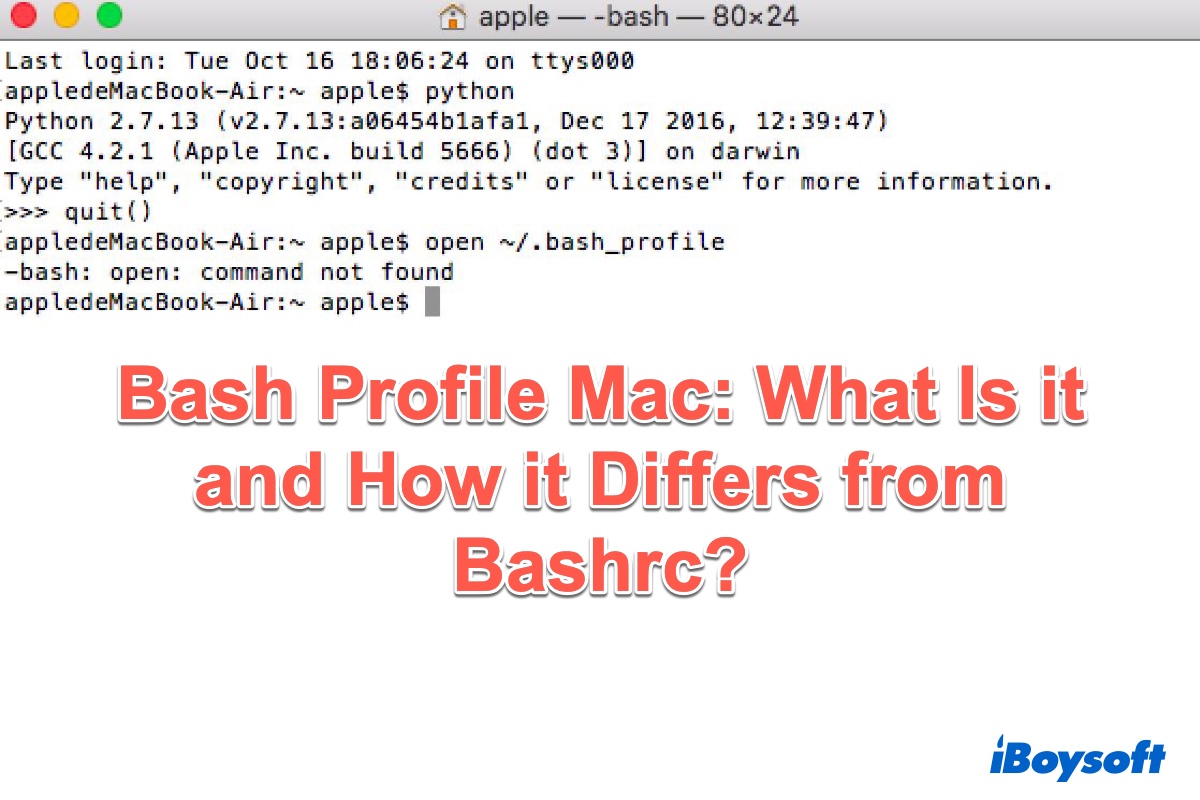 When you're working with macOS, sometimes you may encounter the 'source ~/.bash_profile: command not found' error in the Terminal app. Then, you may wonder what is bash profile on Mac and how to use it. Want to know more about bash profile on Mac, just keep reading.

Before learning what the bash profile on Mac is, it's necessary to know what Bash is first. Bash is a Unix shell and command language for the GNU operating system. The name is an acronym for the Bourne Again Shell, a pun on Stephen Bourne, the author of the direct ancestor of the current Unix shell. 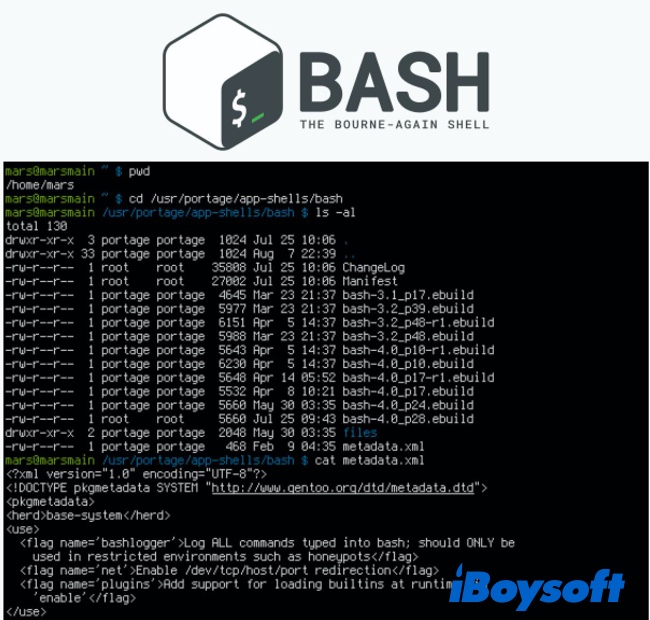 Bash has been used as the default login shell for most Linux distributions. It is also available for the Windows platform. In addition, Bash was also the default shell in macOS Mojave and earlier. Until the release of macOS Catalina, Apple changes the default shell to Zsh and Bash still remains available as an alternative shell.You can change zsh to bash on Mac if needed. 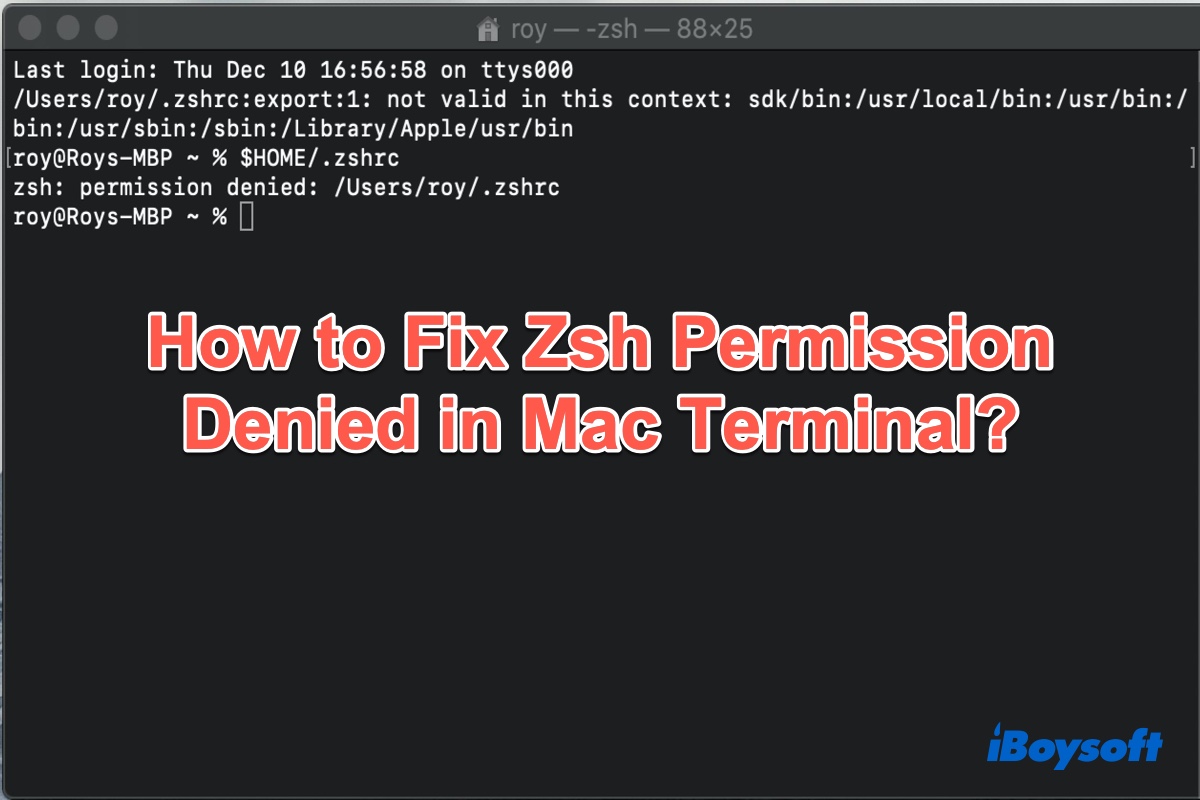 What is bash_profile on Mac

In simple words, bash_profile is a configuration file for the Bash shell, which is a hidden file in your Mac's user directory. The bash profile on Mac has loaded before Terminal loads your shell environment and contains all the startup configuration and preferences for your command-line interface. Within it, you can change your Terminal prompt, change the colors of text, add aliases to functions you use all the time, and so much more.

The bash profile on Mac is an incredibly powerful tool that can make the Terminal app infinitely easier and quicker to use. It can improve your efficiency, help you avoid time-wasting errors, and just look really pretty on your screen. 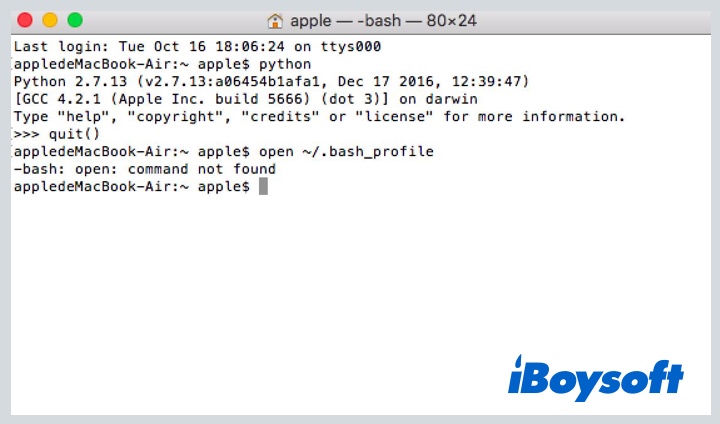 When talking about the bash_profile on Mac, another Bash config file may appear in your mind - bashrc. The two files look very similar, so do you know what's the difference between bash profile and bashrc?

How to create .bash_profile in Mac

If you want to create the bash profile in Mac, just follow the below steps:

How to edit .bash_profile on Mac

For common Mac users, it's not recommended to edit bash_profile on Mac by yourself since any incorrect changes may cause troubles on your Mac computer. But if you're an advanced Mac user and want to edit the bash profile on Mac, try the below methods.

To edit the .bash_profile inside the Terminal, you can use the vi command as follows:

But If the Mac bash_profile is too large, then it becomes difficult to edit in the Terminal itself. So you can use TextEdit to edit bash_profile in such cases.

Alternatively, you can use the following simple command line to open and edit the bash_profile:open -a TextEdit.app ~/.bash_profile

How to delete bash profile on Mac

To delete bash_profile on Mac, it's quite simple:

FAQs about bash profile on Mac

QIs zsh better than Bash?
A

Zsh is more interactive and customizable than Bash. Zsh has floating-point support that Bash does not possess. Hash data structures are supported in Zsh that are not present in Bash. The invocation features in Bash is better when comparing with Zsh.

QIs Bash a language?
A

Bash is a powerful programming language, one perfectly designed for use on the command line and in shell scripts.