Mac M2 vs M1: What are the Improvements?

In June 2022, Apple released the second generation custom silicon chip -- M2 chip. Compared to the first-generation silicon chip, the M2 chip brings higher performance and stronger enhancements in CPU, GPU, memory bandwidth, and so on. This article from iBoysoft will articulate the improvements of the M2 chip between M2 vs M1 Mac in detail. 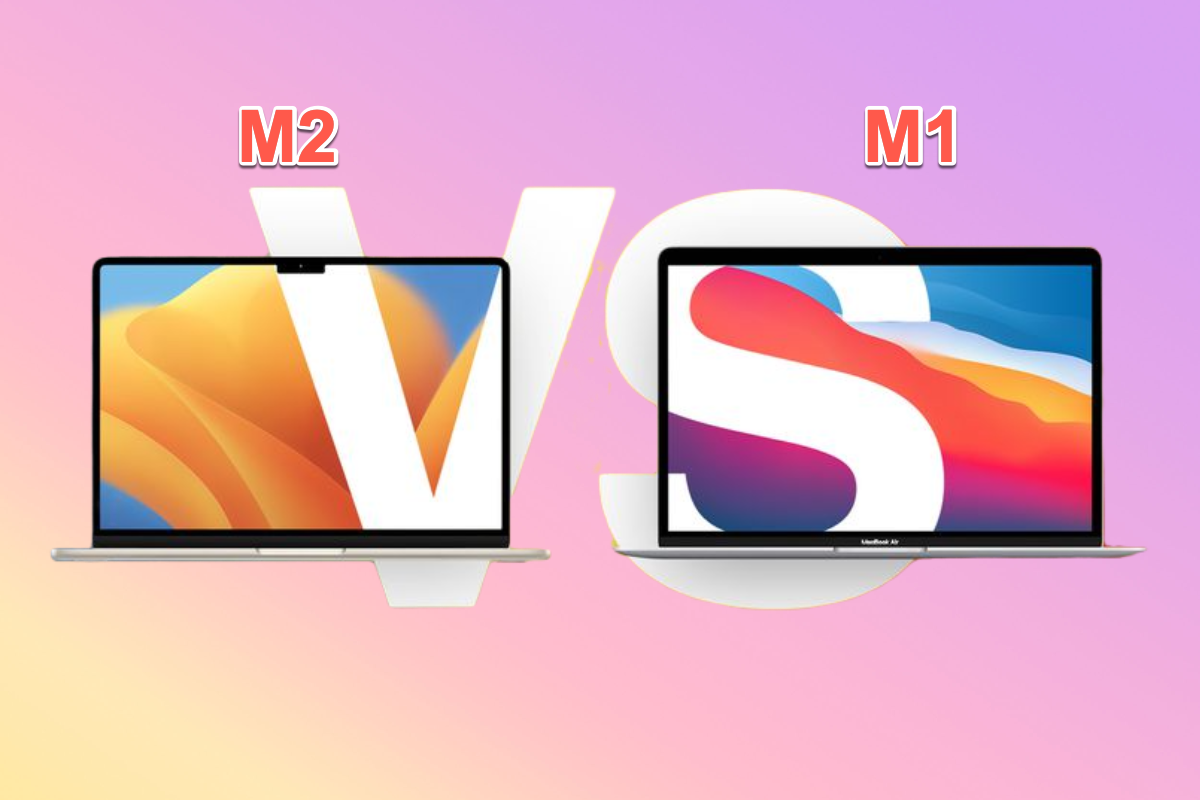 Things you should know about the M1 chip

In late 2020, Apple released the first Mac model with Apple Silicon M1, which indicates that Apple has transited from Intel-based Macs to Macs with silicon chips developed by Apple.

Unlike the Intel chips built on the x86 architecture, the Apple Silicon M1 applies an Arm-based architecture, which keeps the same as the A-series chips that Apple designs for iPads and iPhones for many years.

Compared to the Intel-based Macs, Apple Silicon M1 Macs improve the performance and efficiency of the device. With the high integration and enhanced cores in the Apple Silicon chip, a smoother and faster running speed becomes reality.

Meanwhile, the M1 chip has a built-in Secure Enclave, which manages Touch ID, and a storage controller with AES encryption hardware, ensuring a faster and more secure SSD performance.

Science and technologies are upgrading constantly, and so are silicon chips. Indeed, Mac M1 vs M2 battle brings you unexpected results. Keep reading and remember to share this article!

Differences between M2 vs M1 Mac: What are the improvements?

With the publication of the M2 custom silicon chip, many Mac users wonder what new features M2 brings. Now, you can run an eye over the table below to have a rough understanding:

From this table, it's obvious that the M2 chip has greater enhancements and improvements than the M1 chip.

Although both M1 chips and M2 chips have four high-performance cores and four energy-efficient cores, the M2 chips are known for the "Avalanche" and "Blizzard" which come from the A15 Bionic chips, while M1 chips are designed with "Firestorm" and  "Icestorm" coming from the A14Bionic chips, more low-end than M2.

The difference between high-performance cores and high-efficient cores results in an 18 percent stronger multithreaded performance of M2 chips than M1 chips.

Put simply, the CPU determines the efficiency of your device, if you encounter Mac running slow problem, it's likely your Mac has high CPU usage. You can check CPU usage both on M1 Macs and M2 Macs via Activity Monitor to have a comparison.

If you are particular about the graphic processing ability, eGPU for Mac might meet your requirements, which can restore the primary color and clear pixels of pictures maximumly. 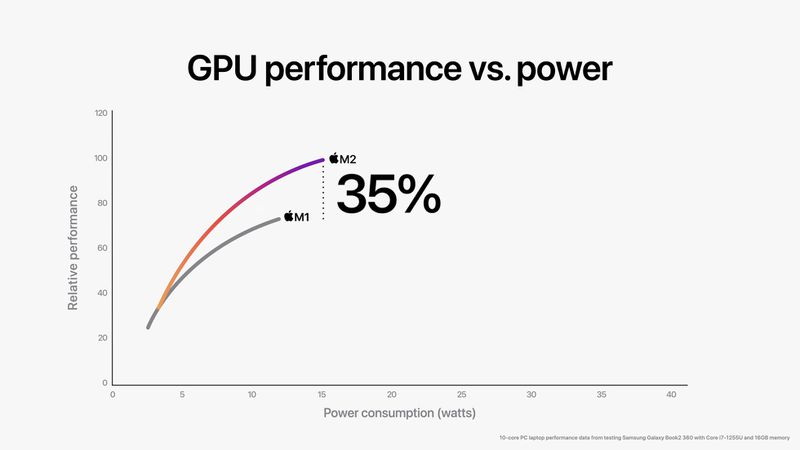 The ProRes and ProRes RAW engines are capable of playing multi streams of 4K and 8K video at the same time, and the Higher-bandwidth video decoder is supported for 4K, 8k, and HEVC video.

Meanwhile, the Apple Silicon M2 chip adds an extra layer of protection, which is more secure than the M1 chip. Share this article now!

Does the Apple Silicon M2 chip have any shortcomings?

Indeed, the M2 chips exceed the M1 chips in many aspects, but every bean has its black. In fact, Apple has changed the SSD architecture for the base model MacBook Air.

However, with the increasing price, Apple has added more storage inches to make the M2 Macs closer to the 14-inch MacBook Pro with its outstanding performance. So, you can totally ignore this slight shortcoming in the process of usage.

All in all, M2 Macs really have significant improvements over M1 Macs, including CPU performance, GPU performance, fabrication process, transistors, media engine, and unified memory aspects. If you're interested and have enough budget, you can purchase an M2 MacBook Air to experience these improvements, which will surprise you greatly.

QIs it worth getting the MacBook Air M2?
A

Yes, it is worth getting the MacBook Air M2, because the M2 chips have improved greatly in certain aspects. You can experience faster performance, higher graphic processing ability, and a and smoother high-definition and high-resolution video player if you get a MacBook Air M2.

QWhat's the difference between M1 and M2 MacBook?
A

Between M1 and M2 MacBooks, there are many differences, including CPU, GPU, fabrication process, transistors, media engine, and unified memory aspects. M2 MacBook Air wins out definitely in these aspects mentioned above.