How to Force Quit on Mac to Close Unresponsive Applications?

How to Force Quit on Mac to Close Unresponsive Applications? 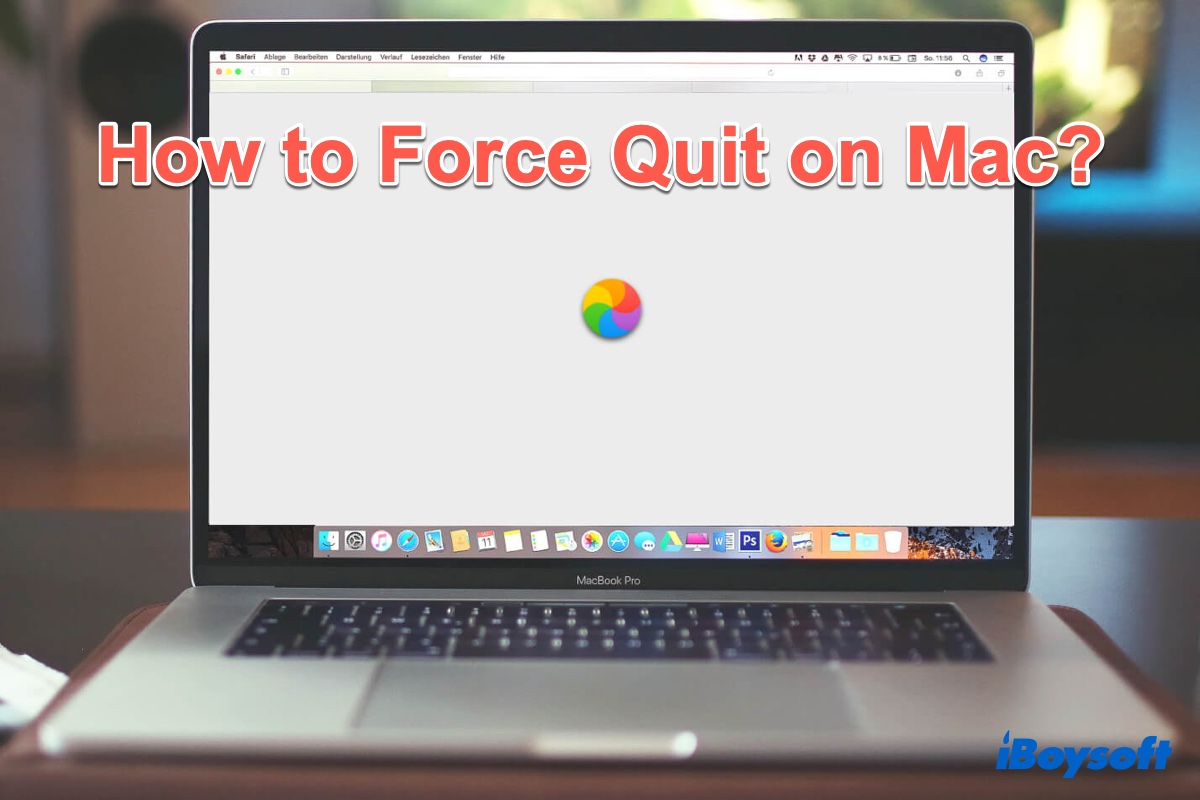 When the spinning rainbow wheel (also known as Mac's wait cursor) appears on your Mac screen, it may frustrate you a lot. It signals that your Mac is running slow due to a crashed or frozen application.

To get back to work, you have to wait until your Mac unfreezes itself. However, you don't know how long that will take. When faced with the spinning rainbow wheel, the simplest thing to do is to use force quit to close the unresponsive application to stop spinning wheel on Mac.

The force quit feature on Mac is an easy and effective way to shut down troublesome applications in just a few steps. In this post, you'll learn how to force quit an app on Mac in 4 ways. Besides, it also gives you the hint when force quitting on Mac not working.

• Finder Not Responding? 5 Ways to Force Quit Finder on Mac

How to force quit on Mac from the Apple menu

The most straightforward and effective way to close frozen programs is to utilize the Apple menu bar. Also, this option is the first method Apple support recommends.

To force quit an application, simply do the following:

Open Force quit window on Mac with a keyboard shortcut

If your Mac has completely frozen and you can't seem to get your cursor to work properly, you can open the Force Quit window via the keyboard shortcut. Here's how:

Using Mac dock to force the unresponsive app to quit is also a simple and useful method. Just follow the below steps:

How do you force quit on a Mac via Activity Monitor

What to do if force quit isn't working on a Mac

FAQs about the force quit feature on Mac

There is no direct equivalent to the PC's Ctrl+Alt+Del shortcut on a Mac. But you can press Command + Option + Escape on a Mac to open the Force Quit Applications window. Then you can force quit these apps just like what you can do after pressing Ctrl + Alt + Delete on a PC.

QIs it bad to force quit on a Mac?
A

Force quitting on a Mac works effectively to shut down the unresponsive application. However, if your work isn't saved, for example, not having your Microsoft Word saved. Then you may lose it when using the force quit feature.