Universal Binary on Mac: What Is It & How Does It Help?

A Full Explanation of Universal Binary on Mac 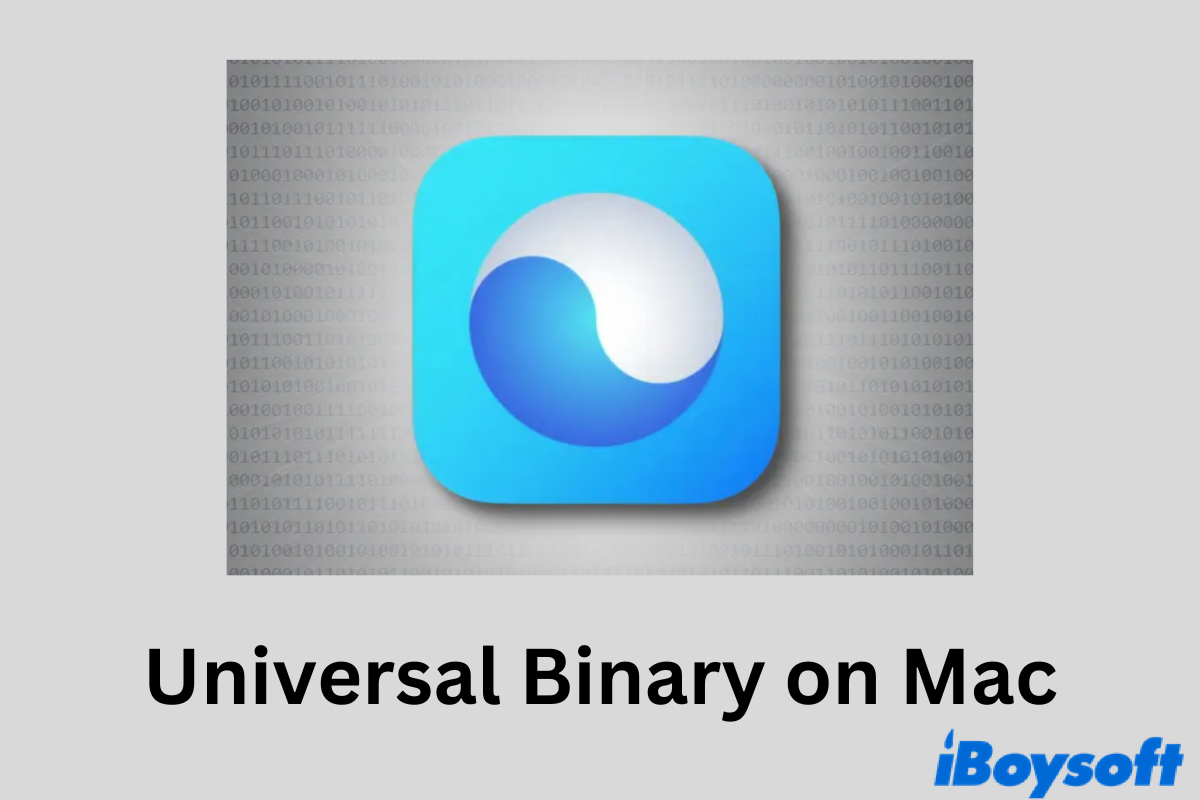 An overview of Universal Binary on Mac

One breaking news for Mac users in 2020 was the debut of the Apple silicon M1 chip, which represents a completely different computer architecture than the old Intel and marks a new era for Mac computers. However, this also means previously Intel-based applications can't be used in the new Apple silicon environment.

To solve the compatibility issue and ease the transition for both developers and users, Apple comes up with two solutions. One is the implementation of Rosetta 2, a translation layer that enables Intel-based programs to operate on Apple silicon Macs natively. However, translated apps perform less well than native apps without the compiler optimizing your code for the target architecture. And here comes the Universal Binary.

Universal Binary is an application designed to work with both Intel and Apple M-series processors. With it, you can run the same application on both Apple silicon and Intel environments. Obviously, this app bridges the compatibility between the old and the new.

Because the Universal Binary contains executable code for both Apple silicon and Intel-based Macs, it's able to run natively on both platforms. Moreover, by skipping the translation process, Universal Binaries are able to run faster and more efficiently than Intel-only apps that have to be run through Rosetta 2.

For developers, once you built a Universal macOS Binary, you just need to create universal binaries for all of your code, not just apps. You'll be able to publish a single .APP file that works with both models of Macs. This means that the identical software program does not need to be distributed in two different versions.

Below lists some common executable categories that can be converted into Universal Binaries. The list is not complete but should be a good start to modify your projects.

Here, two things are worth noting. First is that developers are able to build a universal binary on either an Apple silicon or Intel-based Mac computer, but debugging the arm64 slice of your binary can only be done on an Apple silicon Mac. Second, it's possible to debug both arm64 and x86_64 slices on Apple silicon, but the x86_64 slice must be run under the Rosetta translation.

Bonus: check if an app is Universal Binary

With all being said, you may wonder if you are using any apps that are universal binaries. You can follow the steps below to check.

Step 1. Right-click on the application and choose Get Info.

Step 2. Under the Kind column, if you see Application (Universal), it means this program is a universal binary one. 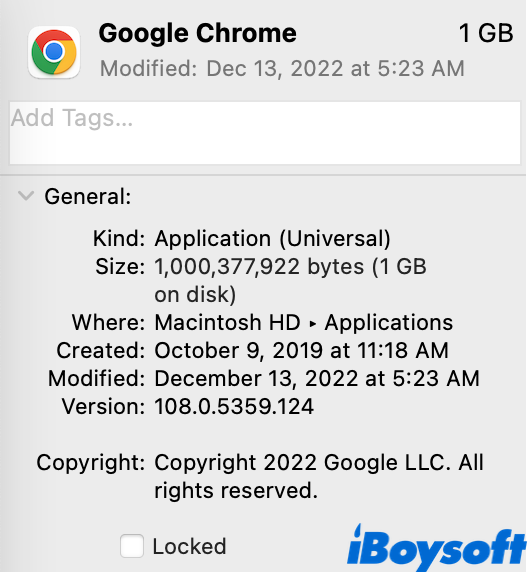 If you prefer to run the Intel version of the program under Rosetta, you can tick the box in front of Open using Rosetta. Next time you open this app, it will be run in the form of an Intel version. To make it back to the native Apple silicon app, simply uncheck the box.

FAQs about Universal Binary on Mac

QWhat is the Apple universal binary?
A

In addition to the two separate versions of your code in its executable file, a universal binary has the same visual appearance as typical software. Both versions work natively on Mac built with Intel and Apple silicon. The system automatically determines which version to use on the current platform.

QHow do universal binaries work?
A

When your computer detects universal binary software, the operating system recognizes the universal binary in the disc's header and boots the appropriate software version based on the processor being used. This ensures that software performs flawlessly on either type of processor and at full speed.