What is RAID? [RAID Levels Explained]

What is RAID and Why is It Used?

Summary: This post describes what RAID is, how it works and why you should use it. It also has 4 widely-used RAID levels explained. 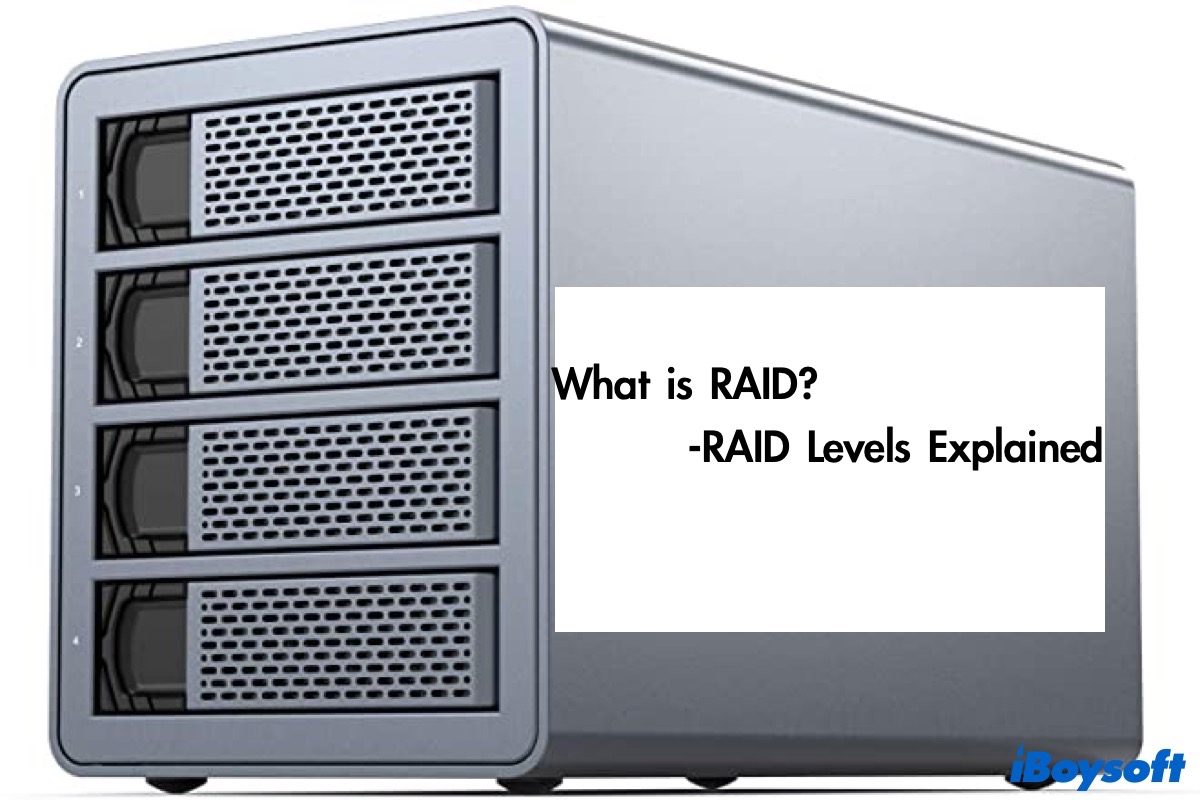 If you value data security, you may back up with Time Machine on Mac. But sometimes, relying on one single disk to handle a large amount of crucial information and facing different data loss scenarios isn't secure enough.

You may be wondering if we can duplicate the same data to different disks without extra hours of transferring and repeated plugging in and out.

The question is answered with the creation of RAID storage. Here, we will explain the essential information you need to understand RAID.

What you should know about RAID:

RAID, standing for redundant array of independent/inexpensive disks, is a storage technology that puts multiple disks together as one logical disk to improve disk performance such as speed or data security.

The concept of RAID was coined in 1987 by two scientists to demonstrate that an arrow of inexpensive drives could outperform an expensive top-performer available at the time. Therefore, it is primarily used with HDDs.

How Does RAID Work?

RAID works by distributing data to multiple disks with techniques such as disk striping and disk mirroring. Disk striping breaks data into blocks to distribute to different disks, speeding up operations that retrieve data from the RAID disks. Disk mirroring replicates data onto other drives to ensure continuous availability.

RAID can be configured with either software or hardware. Software RAID is mainly used to manage RAID 0 and RAID 1, using the processing power of the operating system.

In comparison, hardware RAID can be employed to govern more complex RAID levels such as RAID 5 and RAID 10. Hardware RAID also contains its own memory that can be used as cache to improve overall performance.

Why is RAID Used?

We typically use two types of external storage devices to back up a large quantity of data: HDDs (hard disk drives) and SSDs (solid-state drives). However, mass storage with either SSDs or HDDs doesn't seem to be good enough. SSDs are fast, reliable, and expensive, while HDDs are cheap, slower, and prone to failures.

The way in between is to use RAID with HDDs, which accelerates data transferring and, at the same time, enhances data reliability in a cost-effective fashion.

There are four types of RAID people discuss most:

RAID 0 (disk striping): It stripes data across multiple drives to boost data storage and transferring speed. Although you won't lose capacity because RAID 0 doesn't have data redundancy, data on the disks are more vulnerable to lose. You can use RAID 0 for cache and other scenarios where speed comes first. 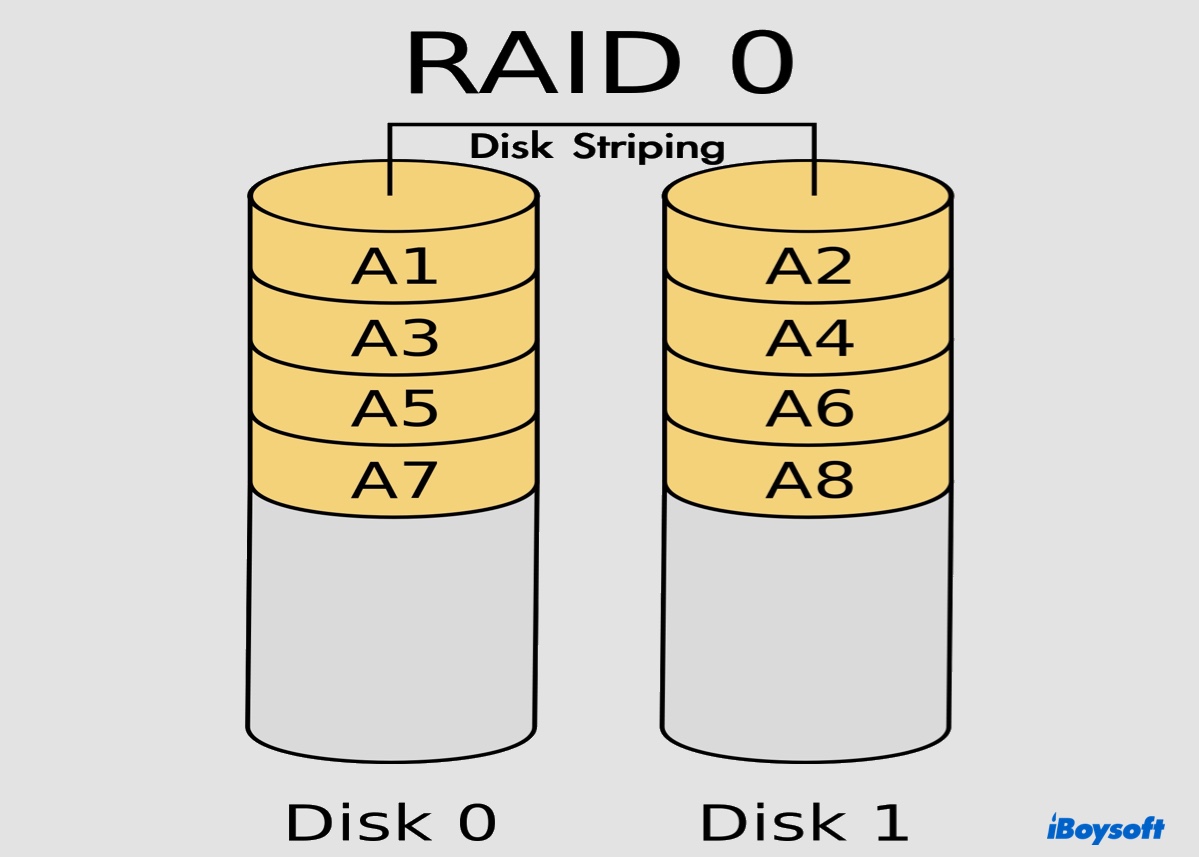 RAID 1 (disk mirroring): It copies data to multiple disks to increase fault tolerance. Drives configured with RAID 1 have better read performance than a single disk as all drives in the array process data. However, the redundant data spread to other drives will cut the available space to half and have no improvement in write performance. 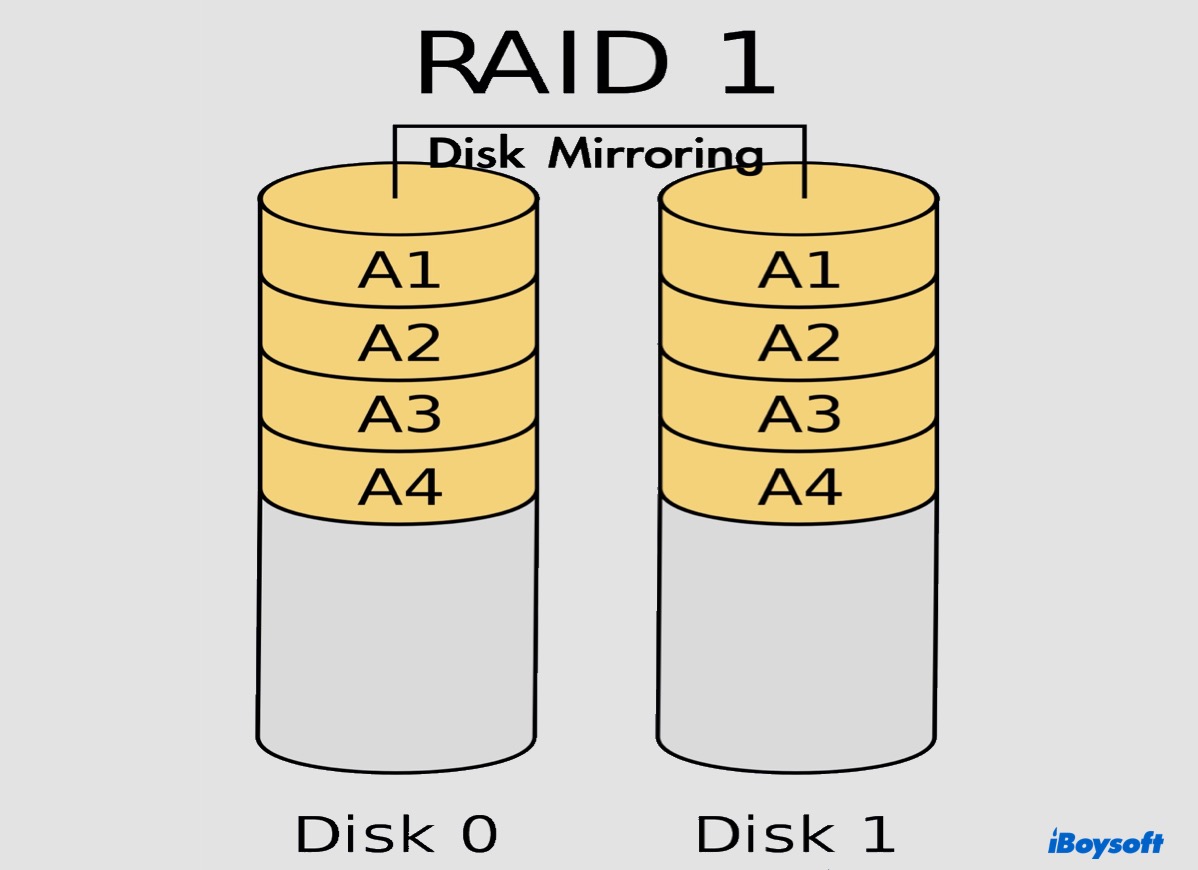 RAID 5 (disk striping + parity): It adopts the striping technique of RAID 0 but adds parity information to a different disk from where the real data is located so that you can still recover your data even after losing a disk. RAID 5 works with 3 or more drives and is often used with standard web servers and file servers. 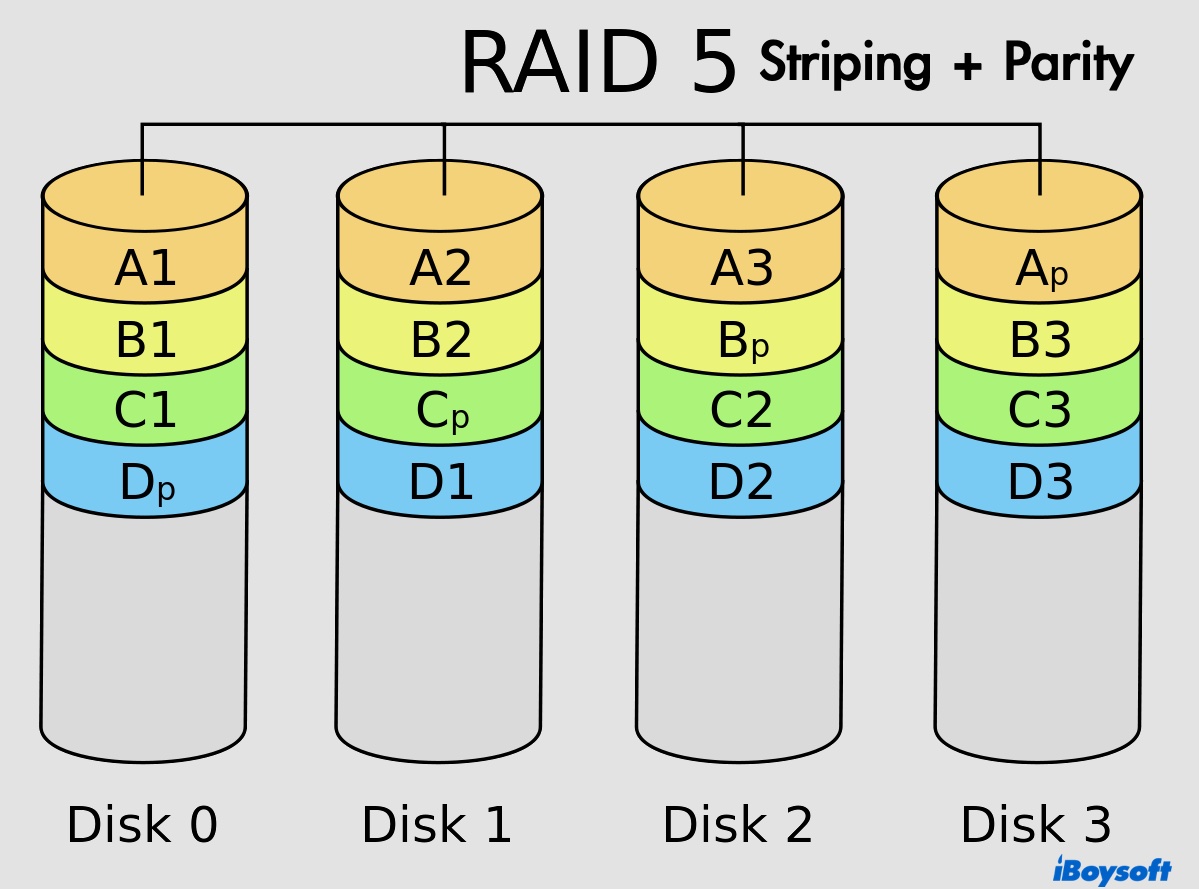 RAID 10 (disk striping + mirroring): It requires at least 4 drives to get you increased speed and data redundancy. RAID 10 combines techniques used in RAID 1 and RAID 0, a good option for people who care about speed and data security. But like RAID 1, you only possess half the capacity of all disks. 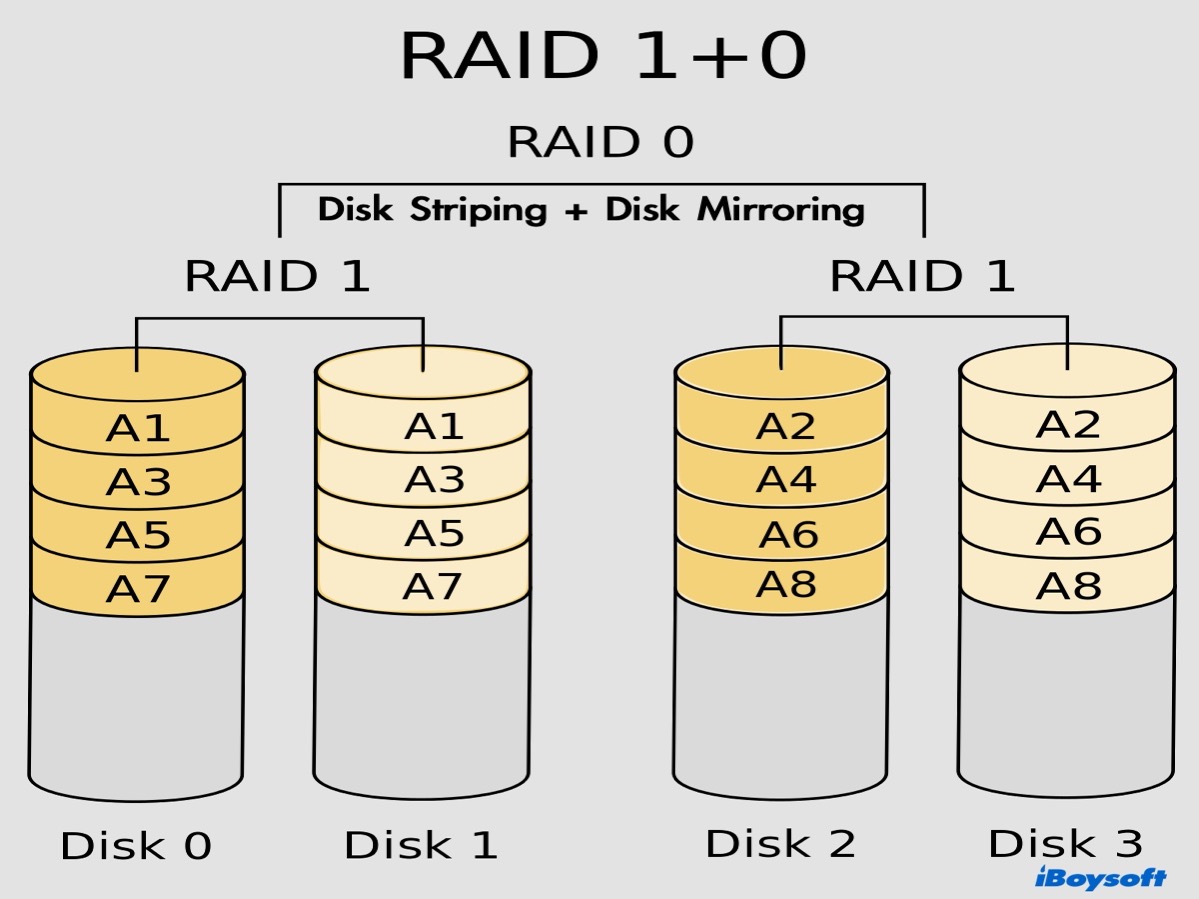 FAQ about What is RAID

QWhat is RAID SSD?
A

RAID SSD or SSD RAID is a way to protect data by spreading redundant data to several SSDs to avoid data loss in the case of disk failure.

QDo you need RAID with SSD?
A

An SSD usually doesn't need RAID because it is fast and reliable enough for general use. But SSD RAID can be good for critical missions and extra security if you have enough budget.

QWhich RAID level is known as mirroring?
A

QWhat is RAID in a computer?
A

RAID in a computer may refer to the software RAID. You can implement RAID on Mac with Disk Utility > File > RAID Assistant and use macOS to manage it.