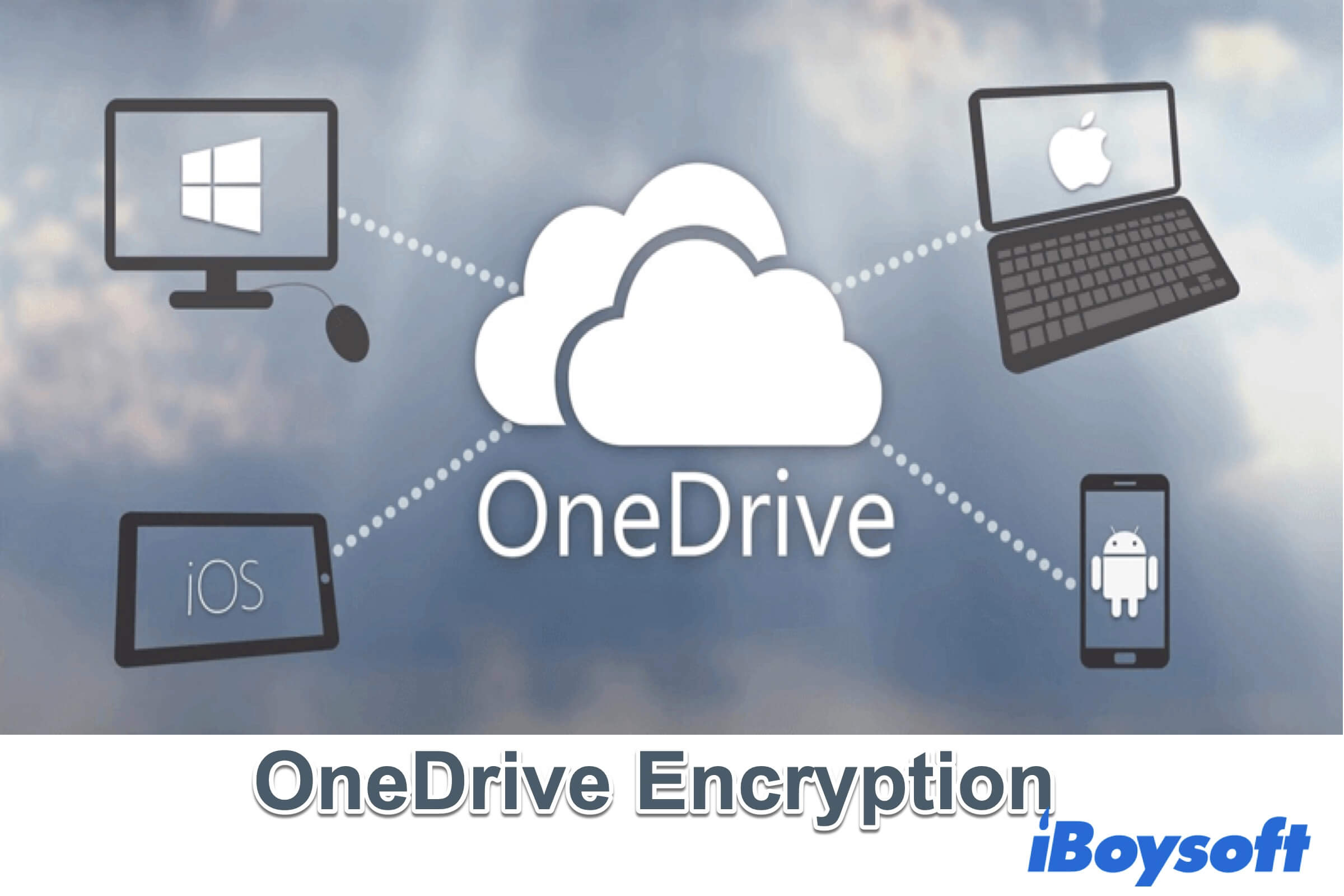 OneDrive is one of the major cloud storage services in the world. It is offered for free by Microsoft to any user with a Microsoft account.

Sometimes, you might meet problems in the process of using OneDrive, for example, 'Couldn't communicate with a helper application' appears when you upload files to OneDrive. But it is a piece of cake, and you can handle it easily.

Is OneDrive itself private and secure enough?

Tons of OneDrive users wonder whether their data in OneDrive is encrypted, or whether it could be hacked or accessed unknowingly. Indeed, user privacy and data security is a big concern of users nowadays.

As a matter of fact, like most other cloud storage providers, OneDrive offers its users a certain level of encryption. In essence, a file is enciphered after being uploaded. The user can decipher it with the encryption key (we may name them as "public keys"). Is this safe enough?

The answer is negative. It is OneDrive, not you, who holds the public key. It's like you save your money in a bank and the bank gives you a debit card, but the bank sets and keeps the PIN rather than your set and keep the PIN on yourself. No user can be 100% assured that OneDrive won't abuse access to his or her files, give the keys to snooping government authorities, or be attacked by hackers.

Plus, anyone with physical access to one of your devices can easily reach your files on the cloud, since most of you are always kept to be logged in by default. Even worse, disastrous aftermath could be triggered if you are a lawyer, a doctor, or an accountant who deals with sensitive data and requires a high standard of privacy.

In a word, OneDrive itself is NOT sufficiently private and secure. It may put your personal privacy under threat. So, how to better protect your OneDrive files and folders from such threats? Don't worry. There is third-party cloud data encryption software that can safeguard your personal or business data by a high standard.

What is OneDrive encryption software/app?

OneDrive encryption software is developed to ensure on-cloud data security for both personal and commercial usage. It supports multiple cloud storage platforms including OneDrive. Also, it is compatible with PCs, Macs, iPhones, and Android smartphones. Some of the top cloud data encryption applications include Boxcryptor, Cryptomator, nCrypted Cloud, etc.

A OneDrive encryption application securely encrypts your files and folders directly on your own device. Put it another way, your data is well encrypted locally on your devices. Also, you are given a private encryption key held by yourself, as opposed to the "public key" held by MS OneDrive. So, before you upload them to OneDrive, they are protected with a firm and reliable layer of security.

Download and install one on each of your devices, so you can view and edit the content of a file anywhere and anytime. After editing, sync it to OneDrive and you can share it with your colleagues or family members (Note that they also need to have the same encryption application on their devices). Every step is under protection.

OneDrive provides people with many conveniences in data storage, work collaboration, and sharing. However, its own encryption mechanism has weaknesses. Users cannot ensure that they have a high degree of data security.

With a high standard of encryption, OneDrive encryption applications use high-tech to protect your personal or business files from being leaked, plagiarized, copied, hacked, or accessed by any unauthorized person. 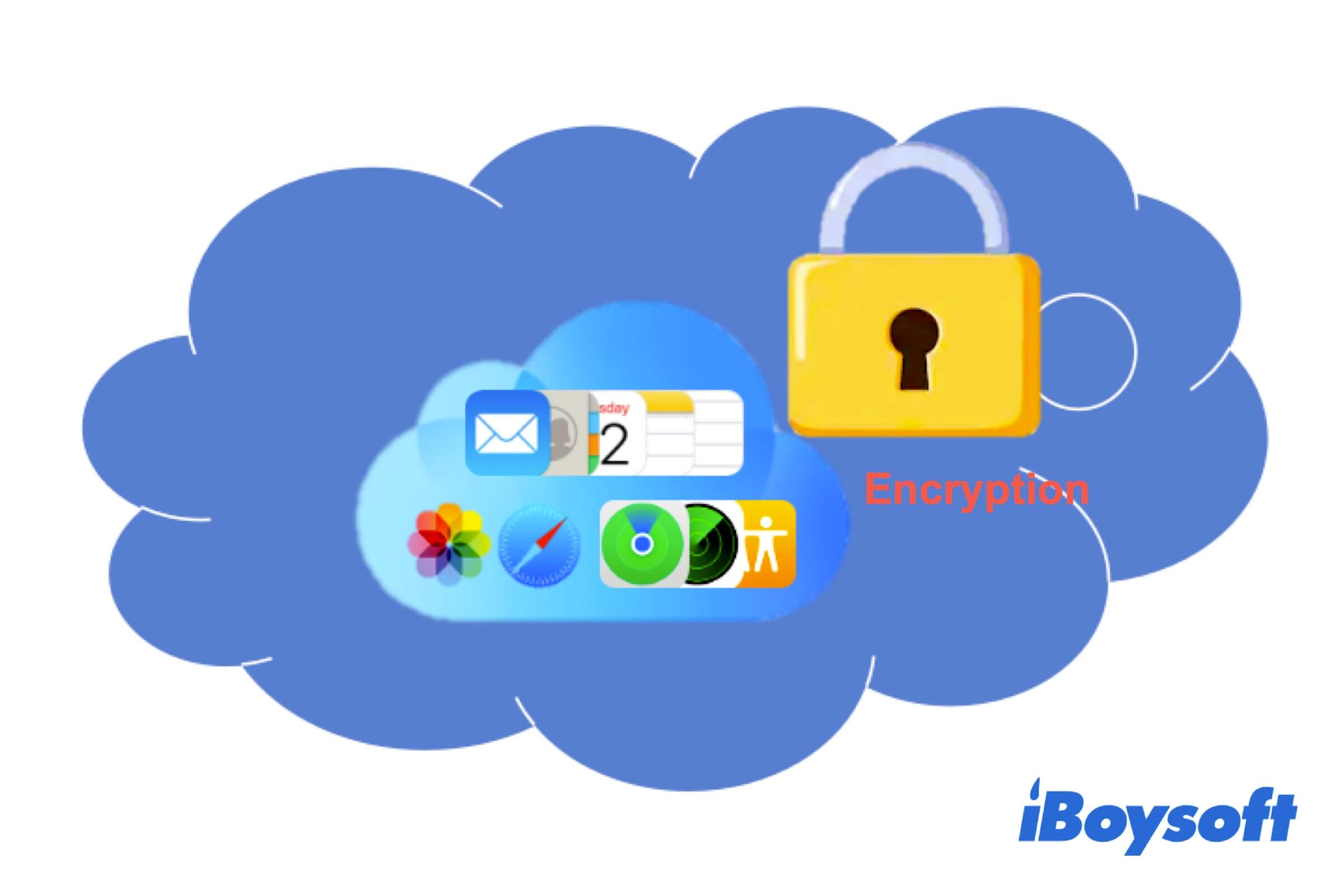 In this article, you will not only gain an insight into iCloud's encryption mechanism but also learn the exclusive advantages of iCloud encryption software. Read more >>