Apple Metal Overview: What It Is Used for? 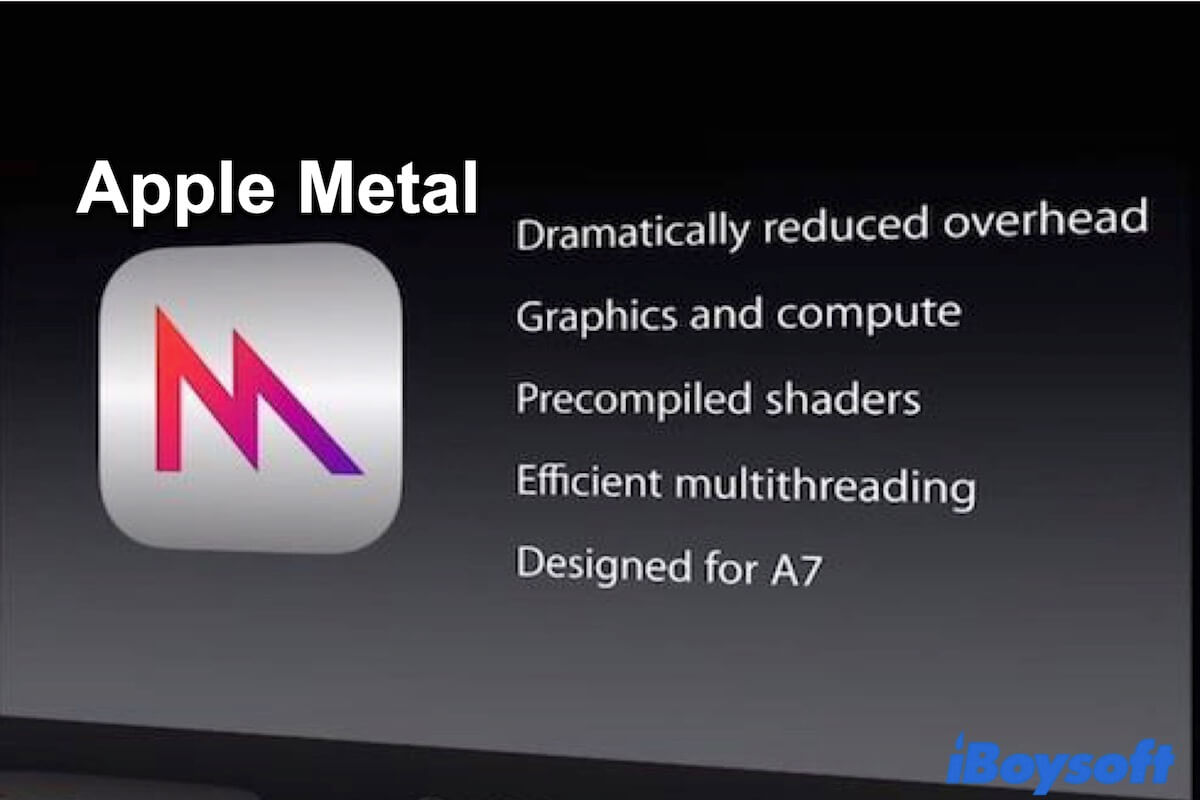 The Metal plays a vital role in accelerating graphics on Apple devices. If you want to learn more about the framework of Apple, follow this complete introduction about Apple Metal carefully.

Table of Contents about Apple Metal:

What is Apple Metal used for?

Developed by Apple, Metal is a low-overhead API (application programming interface) that works to support hardware-accelerated graphics on iOS, iPadOS, macOS, and tvOS. It is designed to accelerate graphics by offering programs direct or low-level access to the device's GPU, enabling apps to leverage a GPU to render complex scenes quickly and meanwhile, run computational tasks.

With Metal, the operating system can render apps and games with high-resolution graphics in less time and load interwoven resources faster, bringing you a better visual effect and quicker operation experience.

Notably, Apple Metal doesn't work on its own. It integrates with other Metal frameworks that supplement its function, such as MetalFX, MetalKit, Metal Performance Shaders, etc. 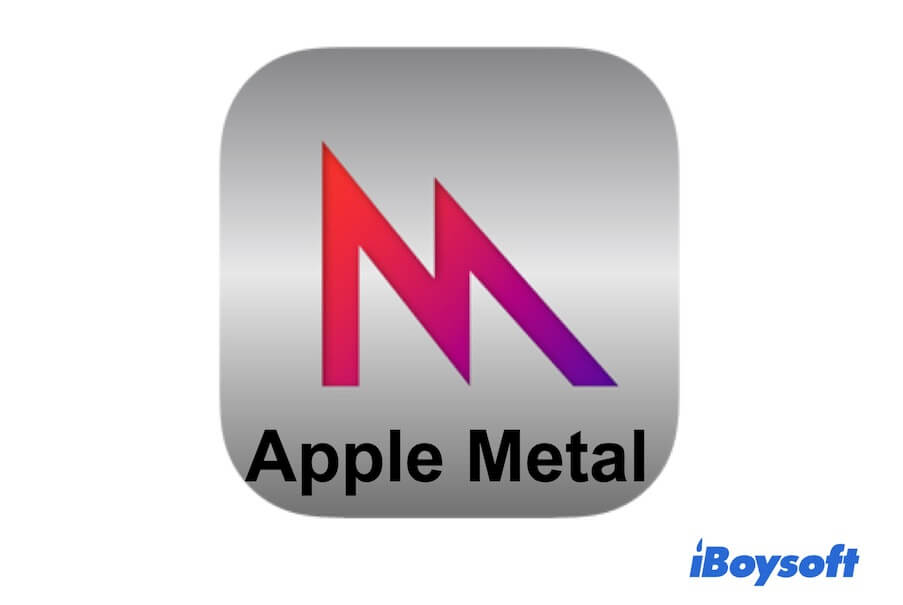 Apple Metal was originally released in iOS 8, combining functions similar to OpenGL and OpenCL to form an unprecedented API. The powerful Metal framework realizes the low-level access to the device's GPU for programs and then has been applied to other Apple platforms.

Especially for users who often proceed with apps with high-resolution like gaming, they can find the improved performance that Apple Metal brings in resource loading and complex scene rendering.

In addition, due to the positive response of Apple Metal, Apple has followed up with Metal 2 and Metal 3 to match the new operating system and Apple devices. So it's hard to say Apple Metal is not good.

How do you know if your Mac has Metal?

Metal has been available on macOS since 2015 for Macs (2012 models or later) running OS X El Capitan. And Metal 2 (the second version of Metal) supports macOS High Sierra and later since 2017. For the Metal 3, Apple says it supports Apple silicon Macs and macOS Ventura or later.

Or, you can simply open the Apple menu > About This Mac. Under the Overview section, click System report. Under the Hardware section, select Graphics/Displays. Then, on the right pane, you can see the Metal GPU or similar description beside the Metal Family tag.

Is Metal better than Vulkan?

Although both Metal and Vulkan are API (application programming interface), they work differently and show different performances. Here are the details about Apple Metal vs. Vulkan. 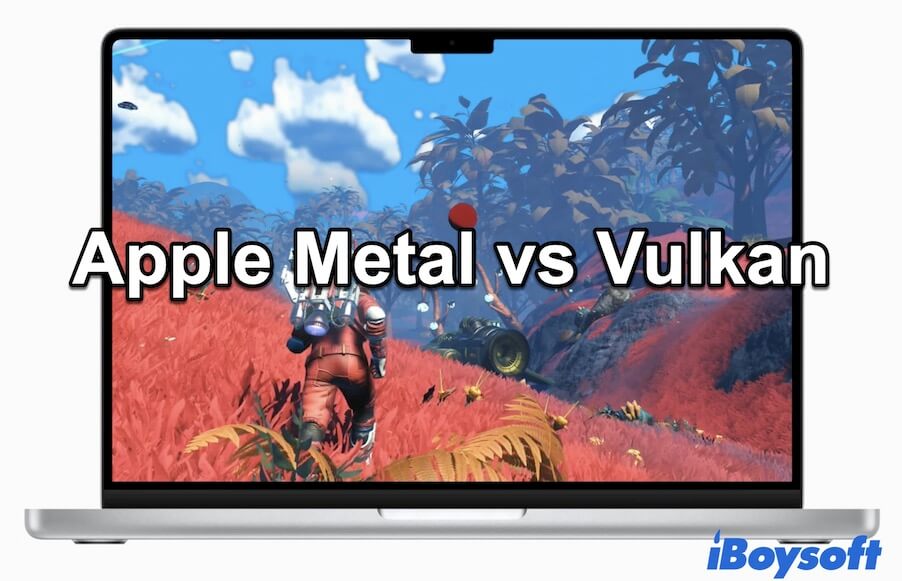 Vulkan needs to be controlled by you while Metal automatically does more to help you deal with the behind-the-scenes management. In that sense, Vulkan seems to bring higher performance potential for you than Metal does.

And compared with Vulkan, Apple Metal is a more casual API as it does more automatic tasks to help you deal with the behind-the-scenes management in accelerating graphics and improving performance. But Vulkan is a more explicit API that needs your control to a large extent. So, generally speaking, Metal is more convenient to use and manage.

And Vulkan is better than Metal for people who need to play high-end games on their devices as the apps need explicit management. But Apple platforms don't deliver with powerful GPUs, so Metal is better for common users when compared with the inoperable Vulkan.

All in all, Metal is better than Vulkan because it has similar features and advantages to Vulkan and also is easier to use.

Come on to tell more people the differences between Apple Metal and Vulkan.

QIs Apple an open-source Metal?
A

Metal is developed by Apple but is not an open source. It can only be used on Apple platforms, including iOS, iPadOS, macOS, and tvOS.

QIs Metal a game engine?
A

Yes, Metal is just like an engine to accelerate gaming and bring a better experience. That’s because Metal is an API that enables apps to leverage the GPU of the device more quickly. And it can deal with 3D graphics and computational paradigms in parallel.

QCan Metal run on Windows?
A

No, Metal can only works on Apple platforms.