Apple M1 Ultra: Most Powerful Chip for a Personal Computer

Everything You Need to Know about Apple M1 Ultra Chip

Summary: In this article, we will show the Apple M1 Ultra chip - the latest member of the Apple M1 family of chips, including its release date, performance, and features. Also, help you learn more about this powerful chip for a personal computer. 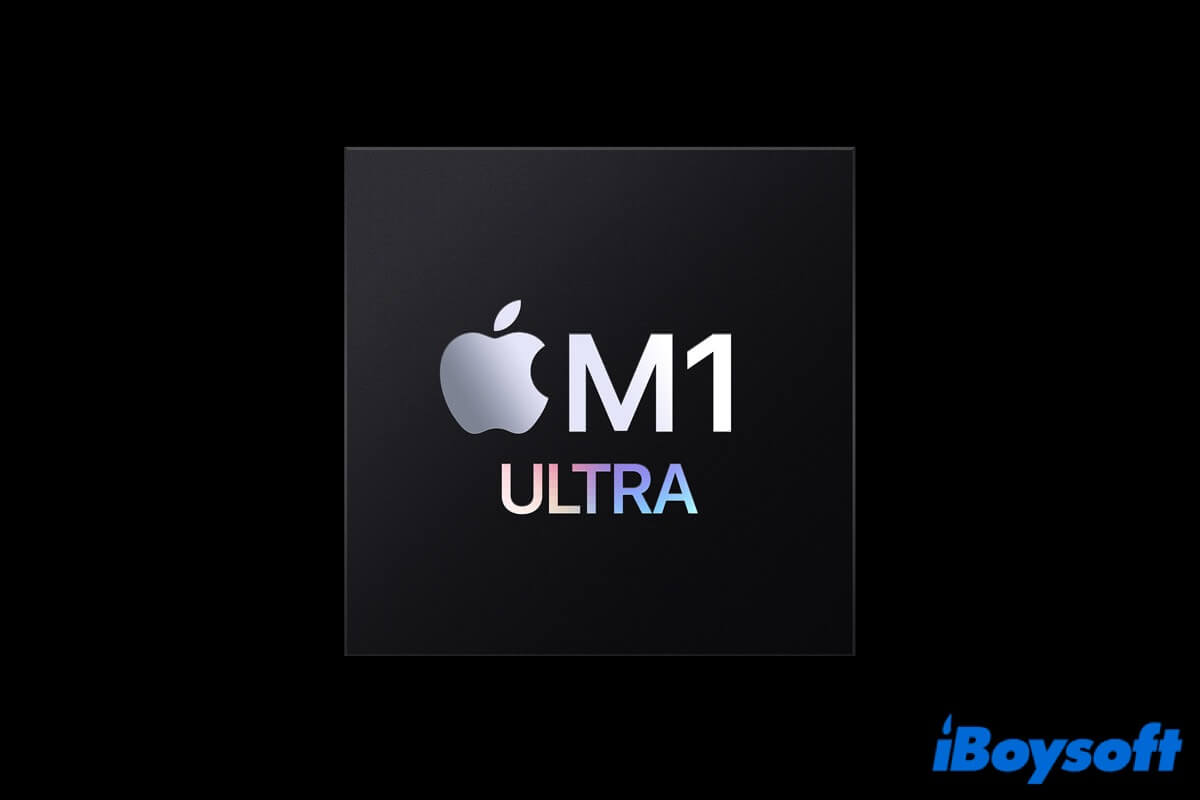 If you are an Apple enthusiast, you must know well about Apple's self-made M-series chips, like M1, M1 Pro, and M1 Max. Perhaps you are reading this article with your Apple silicon Mac right now. Here, we will show you something new and breathtaking.

In March 2022, Apple introduced its most powerful Apple silicon chip for the personal computer to date - Apple M1 Ultra, another member of the M-series family. But this time, it is designed for and used in the Mac Studio. In this article, we will tell you everything about the M1 Ultra, read on for more!

What is Apple M1 Ultra?

Like M1, M1 Pro, and M1 Max, M1 Ultra is another Apple silicon chip developed by Apple, which is also Apple's fourth system on a Chip (SoC) developed for Macs. Unlike the Apple T2 chip, It puts Apple one step closer to transitioning from Intel-based Mac to Apple silicon Mac. 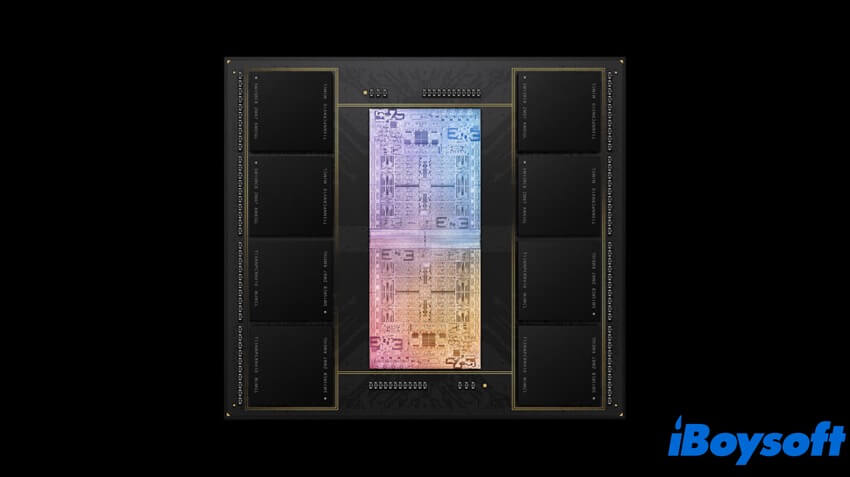 But compared to all its predecessors, the Apple M1 Ultra chip is much more "rebellious", in a good way. It represents a new feat of engineering from Apple. Essentially, M1 Ultra is developed by the connection of two M1 Max dies with Apple's own way - UltraFusion packaging architecture, which scales Apple silicon to unprecedented new heights.

Technically, M1 Ultra offers double the performance of the M1 Max since it features 114 billion transistors, the most ever equipped chip for a personal computer, thus, it makes M1 Ultra become the largest Apple silicon chip to date. Also, for your information, It is only available in the high-end Mac Studio that Apple introduced in 2022. 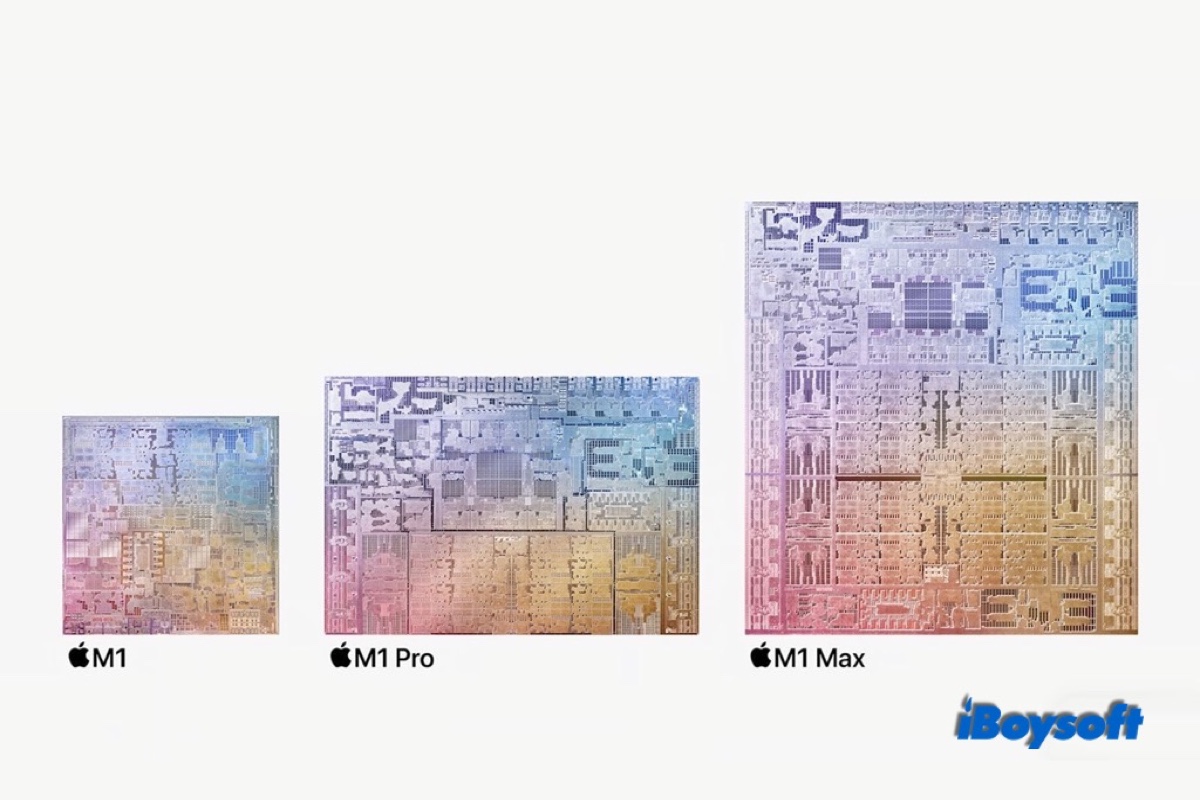 This post makes a comparison between the Apple M1 chip and M1 Pro and M1 Max. After reading, you can better understand the differences between the two generations of Apple silicon. Read more >>

As we mentioned above, Apple M1 Ultra is a combination of two M1 Max die, and Apple realized this process with its custom-built packaging architecture named UltraFusion, which is described as "groundbreaking" by Apple, let's see how groundbreaking it is! 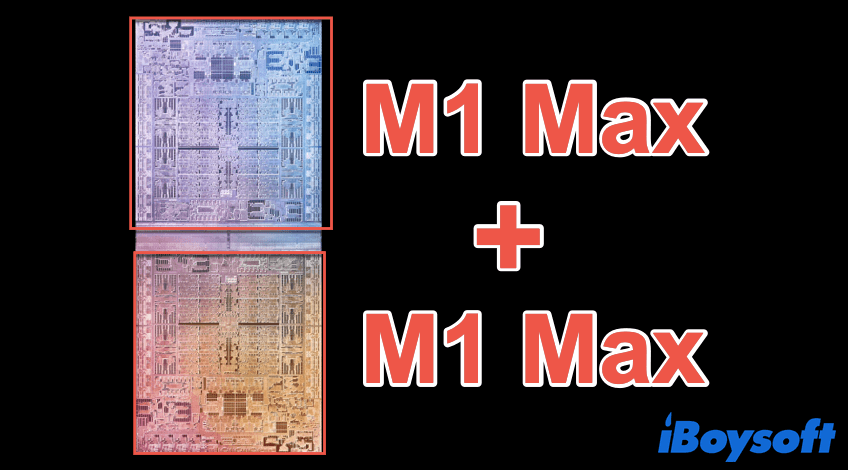 The typical way to scale performance is to connect two chips on a motherboard, but this action comes with trade-offs, such as increased latency, reduced bandwidth, and high power consumption. But, when it comes to Apple, things might be different.

Apple's UltraFusion connects two chips across more than 10,000 signals using a silicon interposer, which offers 2.5TB/s of low latency, and inter-processor bandwidth. It is more than 4x the bandwidth of the leading multi-chip interconnect technology said Apple.

Because of all this, no matter to software or computer, the M1 ultra will be recognized as one single chip, just like its predecessors, meanwhile, it behaves the same way. So, its users or developers don't need to spend extra time and effort in taking full advantage of its performance.

This part will walk you through the Apple M1 Ultra chip. After knowing what it is and its development theory, it's time for us to pay attention to its inside. Ready? Let's get started! 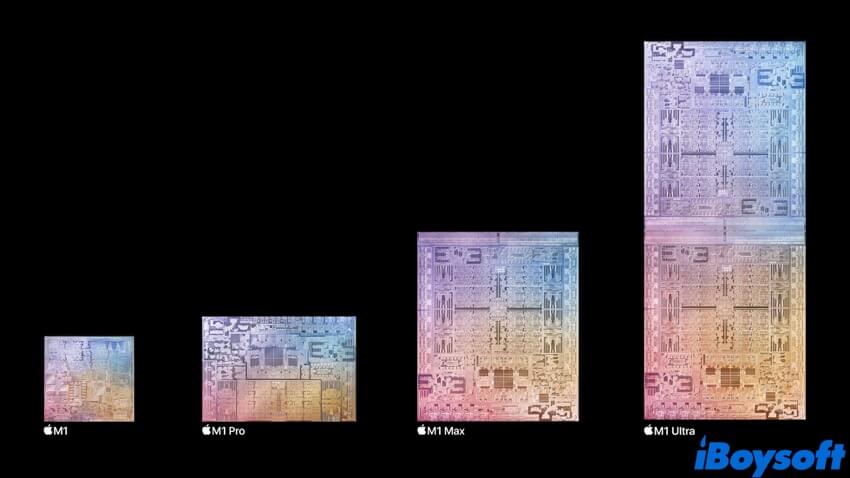 In regard to GPU, the Apple M1 Ultra chip has a 64-core GPU that is eight times the size of the M1 chip. It means the M1 Ultra is able to deal with the most graphics-intensive needs, like 3D rendering and complex video editing. Also, its GPU performance exceeds the best graphics card that Apple ever used, literally.

M1 Ultra is also beneficial from Apple's unified memory architecture like all M-series chips. It supports up to 128GB unified memory, and offers up to 800GB/s memory bandwidth, which is double times faster than the M1 Max.

With the unified memory architecture, M1 Ultra is free from wasting time copying data between multiple memory pools, instead, it makes the CPU, GPU, and other components use the same data pool. It is super good for efficiency.

M1 Ultra has a 23-core Neural Engine, which can run up to 22 trillion operations per second, and it is double the media engine capabilities of M1 Max. Moreover, it offers unprecedented video encode and decode throughput.

This article covers everything you need to know about the latest member of the M-series chips family - Apple M1 Ultra. Hope this post will make you learn more about this most stunning chip for a personal computer in the whole world!

The Apple M1 Ultra is faster than any other chips that Apple offers on Macs, for now. Since Apple has already released its M2 chip, the M2 pro, M2 Max, and even M2 Ultra may come to the public in the future. We can wait and see what other surprise Apple has in store for us.

The truth is, M1 Ultra can beat M2 in every way, including the Neural Engine. Though M2 is the latest M-series chip introduced by Apple in the summer of 2022, it is still not as unprecedented as the M1 Ultra.

Q Is the M1 Ultra chip worth it?
A

If you are still wondering if the M1 Ultra chip is worth it, the answer is a big yes! Apart from its high-performance CPU and GPU, it consumes less energy than the fastest 16-core PC desktop chip while delivering ninety percent higher multi-threaded performance in the same power envelope.