How long does a MacBook Pro last? This question is commonly asked by people who consider replacing the old MacBooks for new ones and those who attempt to buy a MacBook Pro for the first time.

While the average lifespan of a MacBook Pro is 7 years, how long it really lasts depends on whether you are a heavy laptop user or not.

How Long Does a MacBook Pro Last with Heavy, Moderate, and Light use?

Technology advances, but your MacBook Pro stays with the battery, RAM and graphics card, and other components it came with. MacBooks may not last the duration as Apple experts claimed, but Mac computers do last longer than PCs. 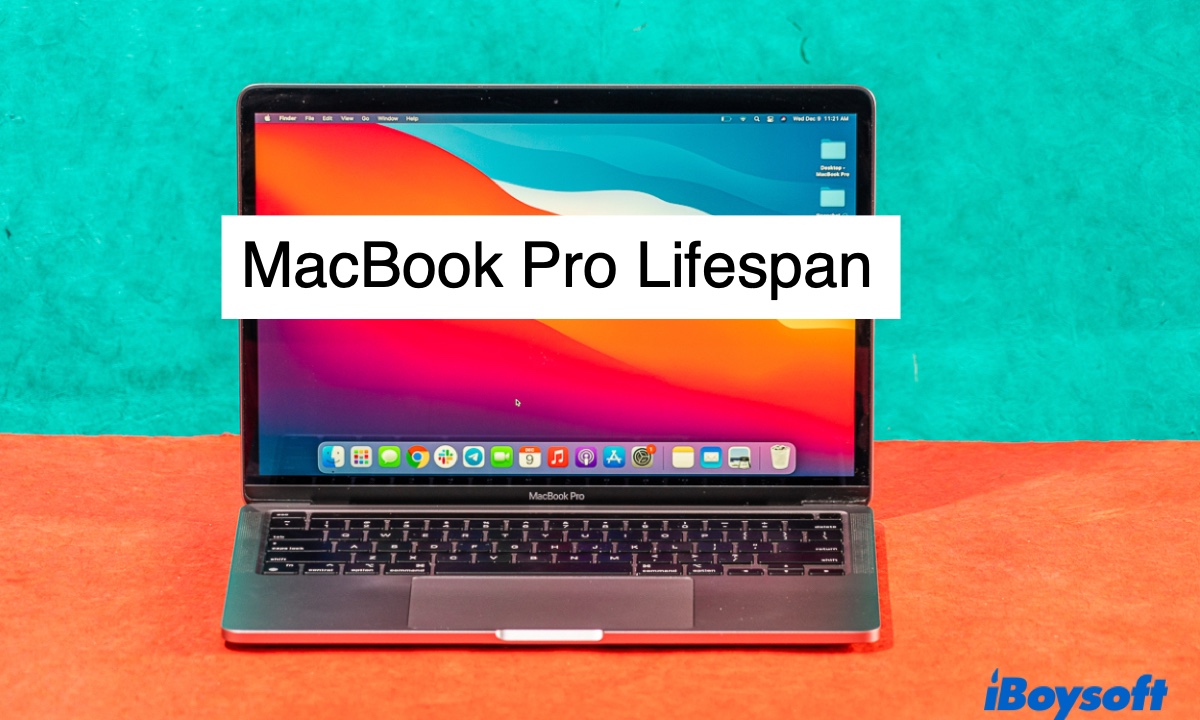 For heavy users who mainly use the MacBook Pro to play games, edit videos, make animation, etc., it will survive around 4 - 6 years without hassle. If you bought the optional upgrades to RAM and Graphics card, your MacBook Pro would last longer.

For moderate users who use their MacBook Pros for daily web browsing, handling office documents, and occasional CPU-demanding tasks, you can expect 5 - 7 years of lifespan.

For light users who primarily use the MacBook pro to browse the web and perform other basic tasks, you can get away with 7 - 9 years for around three days a week usage/ 2.5 hours per session.

How Long is the Battery Life of a MacBook Pro?

The battery life of a MacBook Pro may shrink year after year, but the first year may last for 8 hours, which is a few hours short of what Apple advertised.

After 3 - 4 years, it will last about 3 - 5 hours per charge. That's also the reason why people change the battery at the 4 - 5 year mark. After 5 years, moderate users may need the power cord plugged in most of the time when using it. 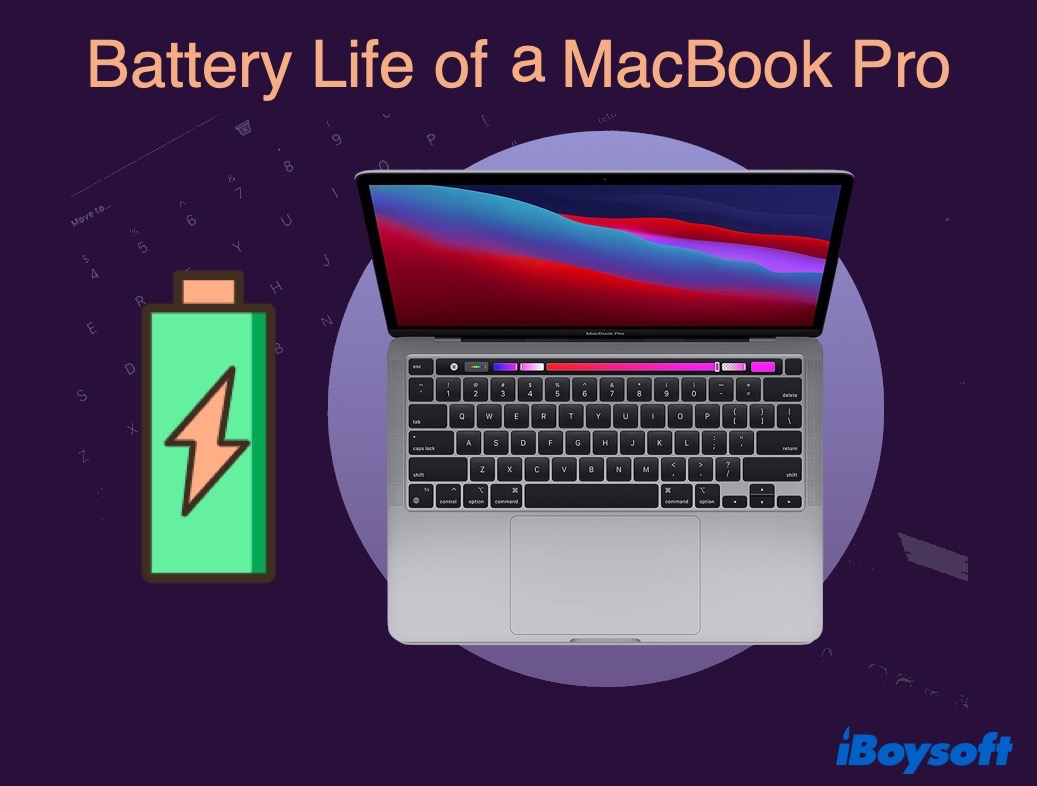 When Do You Need to Replace your MacBook Pro?

Most users replace the MacBook Pro after 5 - 6 years of use. You should consider replacing your MacBook Pro when it has performance issues such as random shutdown and the battery drains too quickly.

It may be challenging to repair a Mac after 5 years because even Apple may not have the obsolete parts, and sometimes it's just not worth the price. The older your Mac, the less likely you will get broken hardware replaced, making repairs pricey and a new laptop more appealing. When repairing is out of the question, you have to look for a replacement.

Here are the signs that your Mac needs to retire.

Your MacBook is incompatible with the newest macOS - macOS Monterey.

A 7-year-old or older MacBook Pro may not be able to upgrade to the latest Mac operating system. For instance, Apple doesn't support MacBook Pros older than 2010 updating to the 2017 macOS High Sierra. The current macOS Monterey supports MacBook Pro and Air models after 2015.

When your Mac can't keep up with the macOS updates, it is vulnerable to viruses and malware. Also, another issue with the aging Mac is that the software you need may no longer run on it.

Your Mac is too old to update.

With the release of the newest macOS Monterey, Apple will soon phase out support for macOS Mojave. If your MacBook Pro is older than 2012, which Apple dropped support for, it’s time you invest in a new laptop.

Mac struggles to perform tasks you require, but RAM or Graphic cards are non-upgradable.

You will start to see performance issues after 5 or 6 years. When the basic functions are slower than expected, you know it's time to get a new Mac.

MacBook Pro and Air models with retina displays or touch bars have the RAM, processor, and storage soldered to its motherboard, making it barely possible to upgrade the RAM or graphic card.

The battery no longer holds its charge, and the replacements are hard to get.

Your battery can't last as needed after 4 - 5 years, but Apple has made battery replacement difficult for third-party stores to replace. If you need to change your battery, you have to go to the official Apple service provider.

If you are a light user and your Mac doesn't have other serious issues, battery replacement is an excellent choice to hold to 7 - 9 years. BTW, if you use Google Chrome, it will drain your battery faster than Safari will.

The MacBook Pro doesn’t sync with other Apple devices.

To sync seamlessly with all your Apple gadgets is a significant advantage to Macs. You should expect at least 5 years of synchronicity, which is much longer than other brands.

Even if the MacBook Pro is cherished, it tends to appear old after 4 - 5 years because scratches are inevitable. You may also experience unusable keys and occasional touchpad or screen crack. If you don’t want to spend money on new keyboards and screens, you can replace the entire MacBook itself.

There are issues beyond repair or too expensive to be fixed.

How Do I Make My MacBook Pro Last Longer?

If you are like me, you would want the expensive MacBook Pro to last as long as possible. Here are some tips to extend your MacBook Pro lifespan.

Are MacBooks Really Worth It?

Based on my own experience and many other Mac users, I will say yes. If you value performance, security, and lightweight, MacBooks are worth the price. They are made from quality materials and outperform the majority of Windows computers.

Apple is also constantly improving its technology to make the optimal experience for users. The latest MacBook Pro is shipped with Apple Silicon, which significantly enhances the performance and battery lifespan.

Jenny is a technical writer at iBoysoft, specializing in computer-related knowledge such as macOS, Windows, hard drives, etc.