AirPlay Not Working on Mac/MacBook, Try These Quick Fixes

AirPlay Not Working on Mac/MacBook, How to Fix?

AirPlay allows you to play videos, audio, or other content from an Apple device like your Mac or iPhone to Apple TV or speaker. But the AirPlay seems to stop working this time when you mirror the Mac screen to your TV. What's the matter?

Don't worry. This post will tell you the reasons why AirPlay not working on your Mac and give you the quick solutions to fix this problem. Then, you can mirror your Mac screen with the Apple TV. 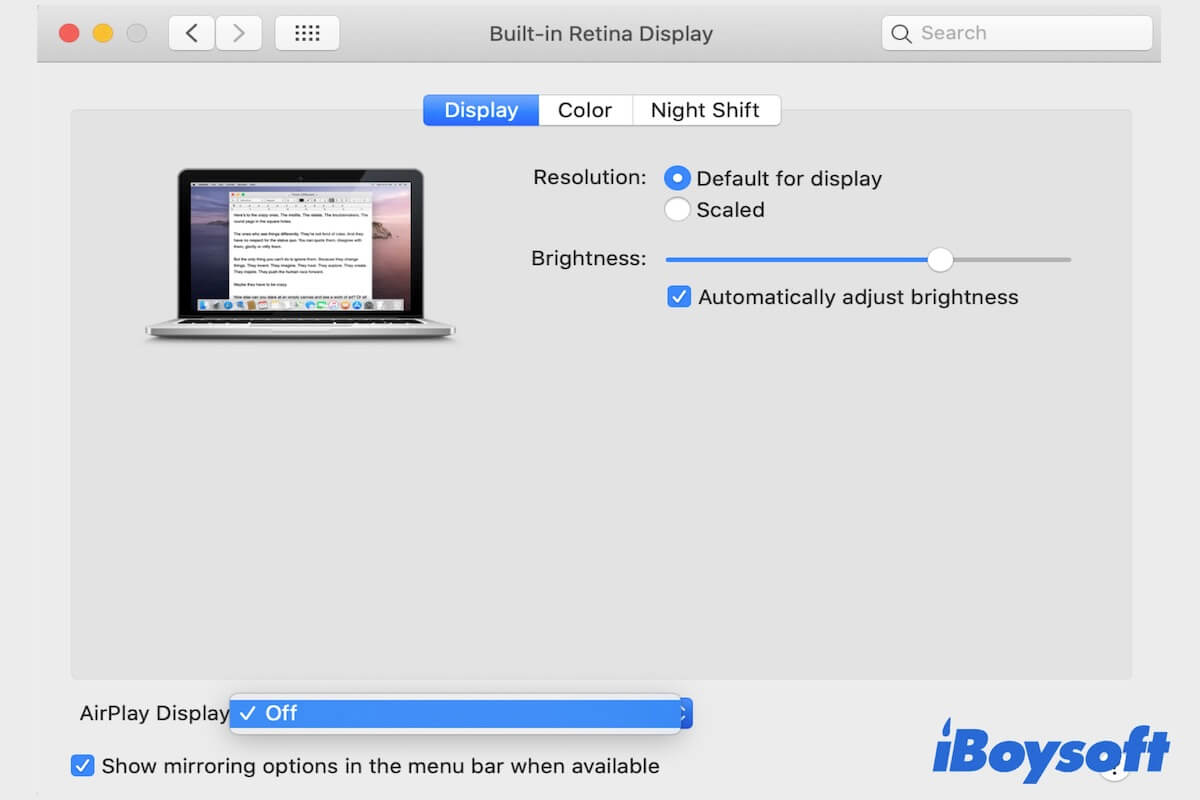 Why is AirPlay not working on Mac?

AirPlay streams the content from your Mac to the Apple TV or other device wirelessly via the Internet. Therefore, there are various reasons that may result in AirPlay not working.

If AirPlay not working on Mac, try these quick methods

To troubleshoot the issues that make AirPlay not work on Mac, you can follow these ways.

1. Check if AirPlay is enabled on your Mac

There's a rare chance but do exist that you haven't turned on AirPlay on your MacBook. Thus, your Mac can't mirror the screen to Apple TV. You can go to System Preferences > Display to check if the AirPlay DisPlay option shows off. If yes, open the drop-down menu to select the device you want to stream to.

If your Mac runs macOS Monterey or Big Sur, you can also turn on AirPlay on the Control Center. 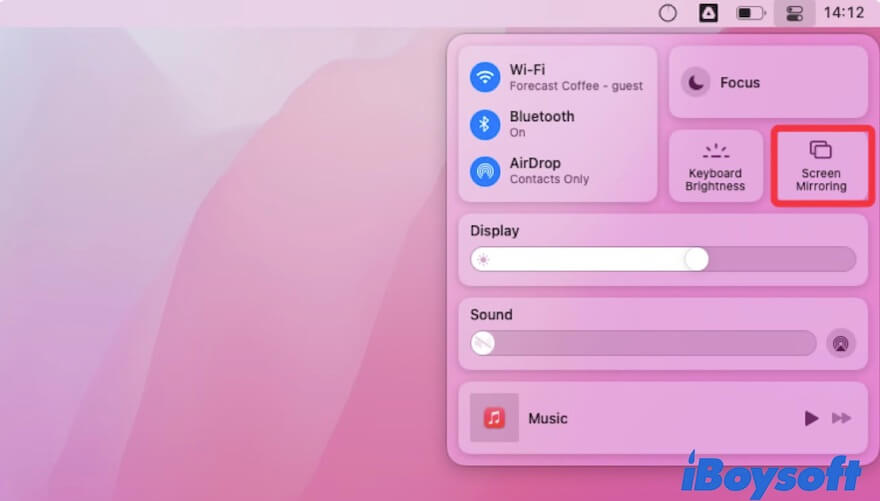 2. Make sure the device supports AirPlay

AirPlay only supports Apple devices. And the AirPlay 2 and AirPlay system requirements are different. So, you need to check if the device you prepare to mirror the screen from your Mac supports AirPlay.

Here are the devices you can stream to:

You can learn more about which devices support AirPlay from support.apple.com if you use modern Apple devices.

3. Ensure your Mac and Apple device use the same network

You can check if the Apple device connects to the same Wi-Fi as your Mac. If not, change them to the same network.

4. Check if the Mac and Apple devices are awake

Obviously, the AirPlay device and the device you want to mirror screen to should be powered and kept awake. So, check if your Mac or the Apple device automatically goes to sleep mode or not. Also, you'd better put them near each other to keep smoother screen mirroring. Or else, AirPlay won't work on your MacBook.

If you have turned on the firewall and blocked all incoming connections to your Mac, it is the case to lead your AirPlay not working on Mac.

You can reset firewall settings to fix the AirPlay that won't connect. 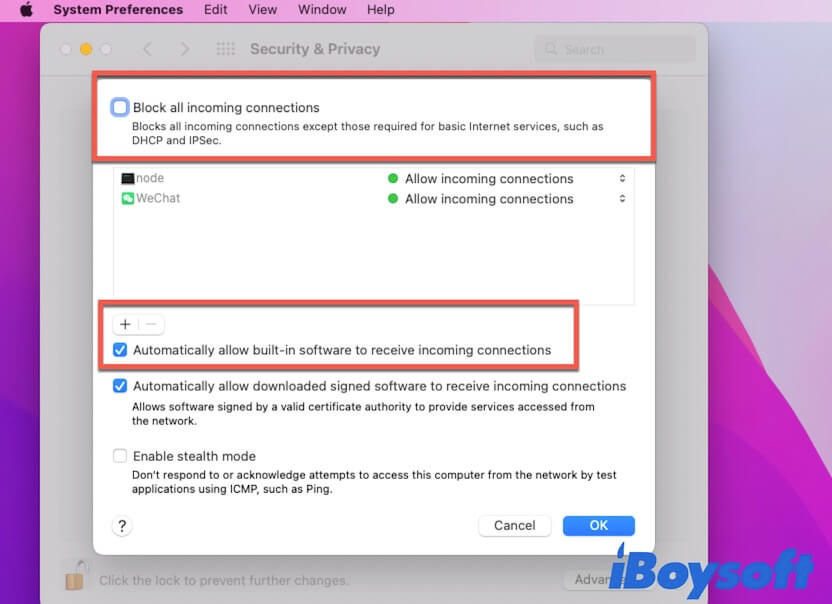 6. Uninstall the suspicious apps on your Mac

Maybe you have installed some other third-party apps that have the same function as AirPlay. These apps may carry scripts to prevent you from using AirPlay to stream content to other Apple devices.

You can close these apps. If it helps nothing, try to uninstall them and then restart your Mac to use AirPlay again.

To fix the possible errors in macOS that cause AirPlay on Mac not to work, you can reset NVRAM.

Shut down your Mac first. Then, restart your Mac and simultaneously press down the Option + Command + P + R keys. Finally, release these keys until hearing the second startup chime or the Apple logo shows up twice.

8. Update your Mac and the Apple device

The old macOS may have bugs that lead to AirPlay not working. You can update your Mac to fix the potential system issues.

Moreover, if the system on the Apple device is not the latest one, it may also result in AirPlay not working on your Apple TV 3.

How to enable AirPlay on your Mac?

AirPlay not working on Mac that may be caused by your wrong operation. Thus, you are supposed to check if you turn on and use AirPlay correctly on your MacBook.

Here's how to use AirPlay on Mac:

Now, your Mac starts to mirror the screen to the destination Apple device.

If you've ticked "Show mirroring options in the menu bar when available", you can also click the AirPlay icon at the top Apple menu bar or control center to stream the content on your Mac to the Apple TV or other Apple devices.

By the way, if you want to turn off AirPlay on Mac, choose Off in the AirPlay Display drop-down menu in the Display preferences.