Copy across Devices: How to Handoff from iPhone to Mac?

Summary: This post tells you what Handoff on MacBook is and the steps to turn on and off Handoff. Besides, it shows you how to use Handoff on Mac with examples and explains how to copy across devices. 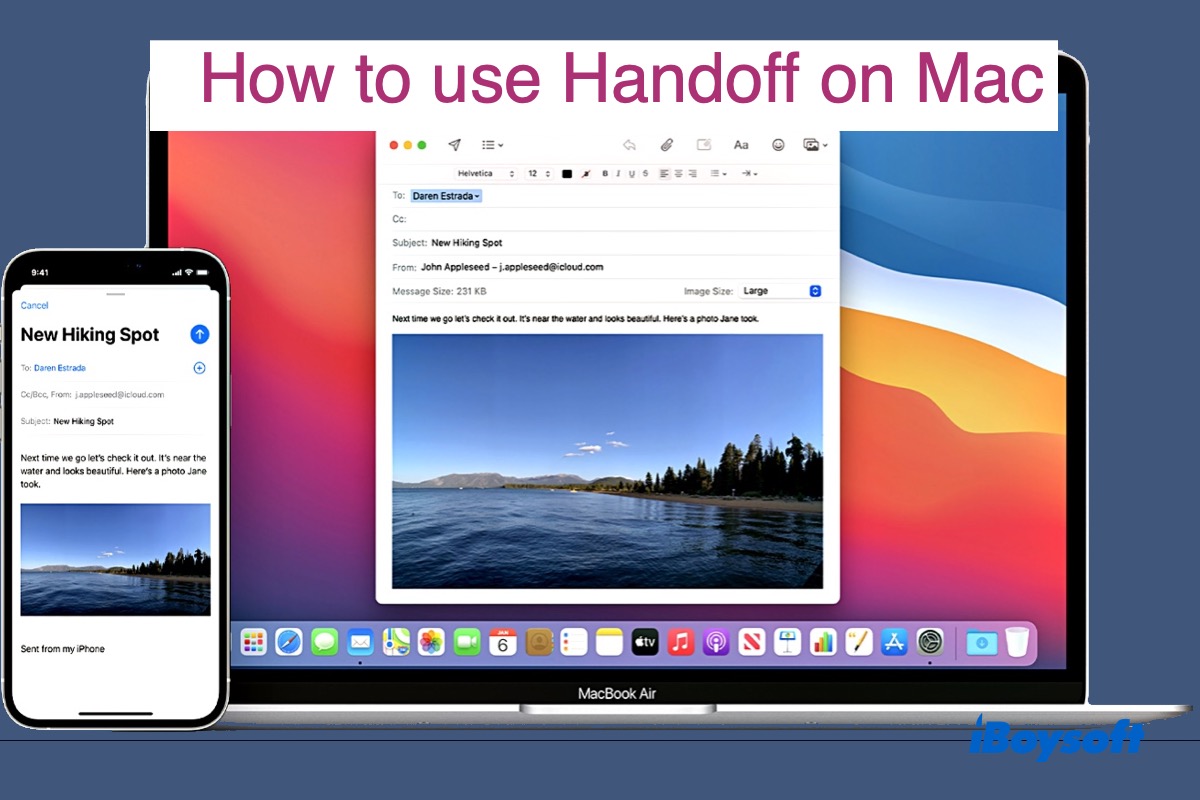 Have you ever wanted to start something on Mac and finish it on the go? If so, you will love Apple's Handoff feature, which enables you to transfer tasks and data from one device to another. Keep reading to learn how to use Handoff on Mac and other Apple devices.

Guide to Handoff on Mac:

What is Handoff on MacBook?

Handoff is part of Apple's continuity features that allows you to start a task on one Apple device and pick up where you left off with another one nearby. It lets you continue tasks seamlessly between different Apple devices, which include but are not limited to the following:

Before enabling Handoff on your Apple device, ensure that it meets these system requirements for continuity on Mac.

Although Handoff was released way back in 2014, accompanied by iOS 8, it still has limited app support. It's compatible with certain pre-installed apps on Apple devices and some third-party software as stated below:

How to enable Handoff on Mac?

To continue working from one Apple device to another, you need to make sure both devices are signed in to iCloud with the same Apple ID and have turned on Bluetooth, Wi-Fi, and Handoff. Here are the steps to turn on Handoff on different Apple devices.

How to turn on Handoff on Mac:

How to turn on Handoff on iPhone/iPad/iPod touch:

How to turn on Handoff on Apple Watch:

How to use Handoff on Mac and iPhone?

After setting up Handoff on your Mac and iPhone and ensuring that both devices are within Bluetooth range (no more than 33 feet) as well as connected to the same Wi-Fi, you are now ready to work across devices.

How to hand off from iPhone to Mac?

As an example, we'll show you how to hand off Mail from iPhone to Mac.

How to hand off from Mac to iPhone?

As an example, we'll show you how to share a website in Safari from Mac to iPhone. Other apps compatible with Handoff work in the same way.

Note: The webpage Handoff transferred will only open in the default web browser of your device. If you want Safari to open a website hand-offed from Mac, set it as the default browser for your iPhone. 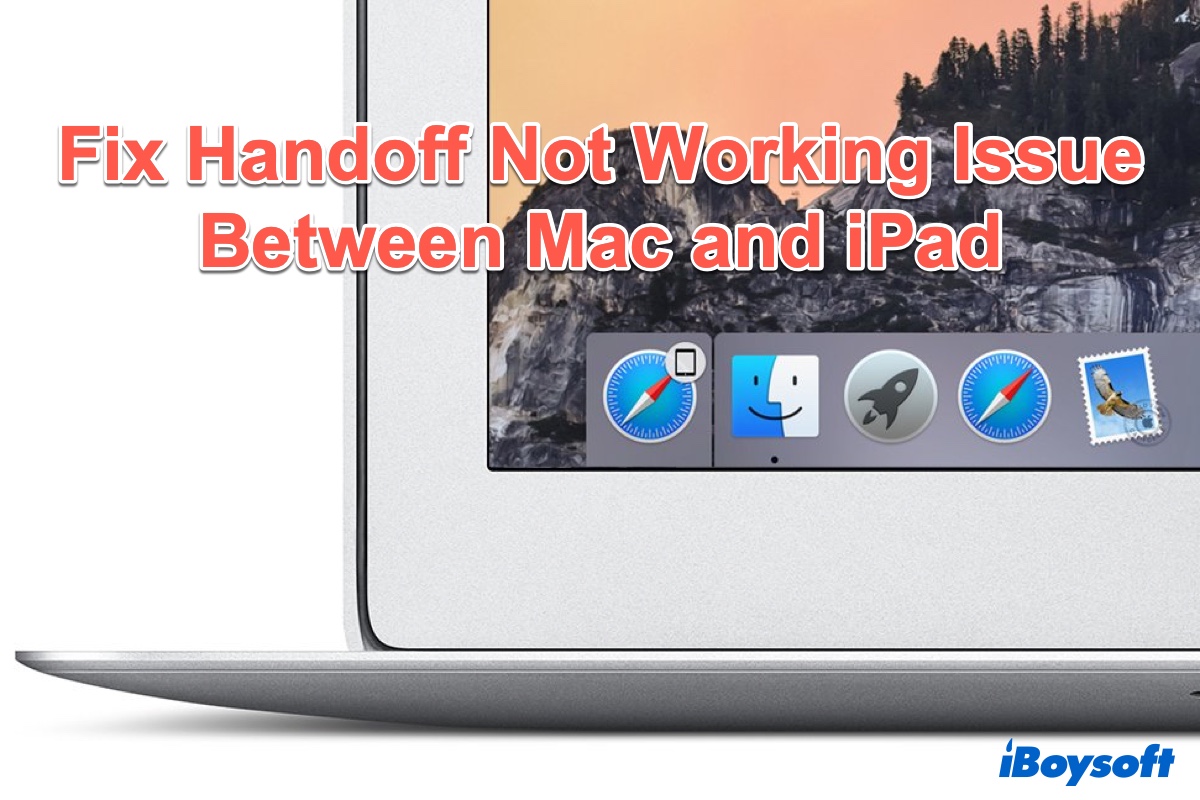 Copy across devices on Mac

One of the most excellent features of Handoff is Universal Clipboard which makes copying and pasting between devices as easy as on one. Once Handoff is enabled on both devices, you can use Command + C to copy texts on one device, then paste the same content via Command + V to another device.

Sometimes, Handoff may cache the files you shared between Apple devices and store them in a folder named /private/var/folders/.../shared-pasteboard/. If you are transferring a large number of files on Mac and experiencing slow transfer speed, copying and pasting not working, or insufficient space, you can resolve the issue with one of these solutions:

How to stop Handoff on Mac?

When two devices are Handoff-enabled, they automatically share tasks when a supported application is running. If someone else borrowed your device, you might want to turn off Handoff to avoid sharing what you do with them.

To disable Handoff on Mac, you need to uncheck "Allow Handoff between this Mac and your iCloud devices" in System Preferences > General.

FAQ about Handoff on Mac

QWhat is Handoff between Mac and iCloud devices?
A

Handoff between a Mac and other iCloud devices refers to the idea that you can initiate a task on your Mac like writing an email and finish it on another device that is signed into iCloud with the same Apple ID you use on the Mac.

QHow does Handoff work on Mac?
A

Handoff lets your Mac and other Apple devices within Bluetooth signal range broadcast when a Handoff-compatible app is running, then another device that picks up the signal can transfer the app's content and status for its user. This way, you can continue working on a task that is started on another device.

QWhere is the Handoff icon on Mac?
A

When switching from iPhone/iPad to Mac, the Handoff icon sits on the Dock, indicated by a smaller iPhone or iPad symbol attached to the app you are sharing.

QDo you need WIFI for Handoff?
A

Yes, your Apple devices need to share the same Wi-Fi to work through Handoff.

QDoes Chrome work with Handoff?
A

Yes, Chrome also works with Handoff. You can read a webpage on your iPhone's Chrome app and continue on your Mac as long as Chrome is the default web browser for both your iPhone and Mac.