Summary: This post tells you what Core Storage is on Mac and how it organizes data. Besides, it also offers solutions to "You may not install to this volume because it has damaged Core Storage users." 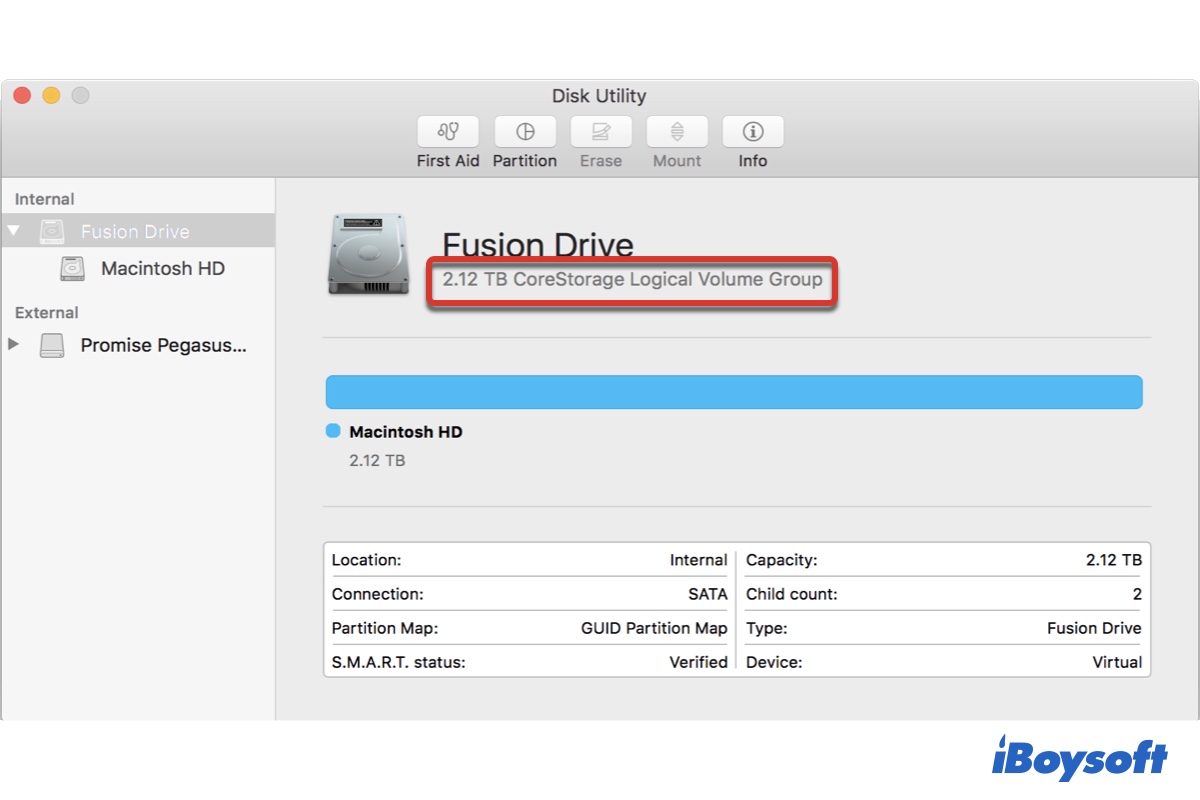 Guide to Core Storage on Mac:

What is Core Storage?

Core Storage is a logical volume manager brought by Apple to Mac OS X Lion as a virtual layer between the partition scheme used on the physical storage device and the file system (usually HFS+) its volumes are formatted with. It was canceled on macOS 10.13 High Sierra and later, as it doesn't support APFS.

It enables much more flexibility between the disks and volumes than the one provided by a traditional scheme by allowing the system to dynamically allocate partitions and a single volume to span more than one physical device.

Core Storage was initially the basis for the full-disk encryption of FileVault 2. Apple later adopted it to Mountain Lion for the Fusion Drive configuration, which presents the combination of a hard disk drive and a solid-state drive as a logical volume.

How are data structured by Core Storage?

Physical Volume (PV): This is usually the actual physical storage device like an HDD or an SSD, but it can also be a disk image or a RAID system. A PV must be partitioned with GUID Partition Table and have its own identifier named GUID. 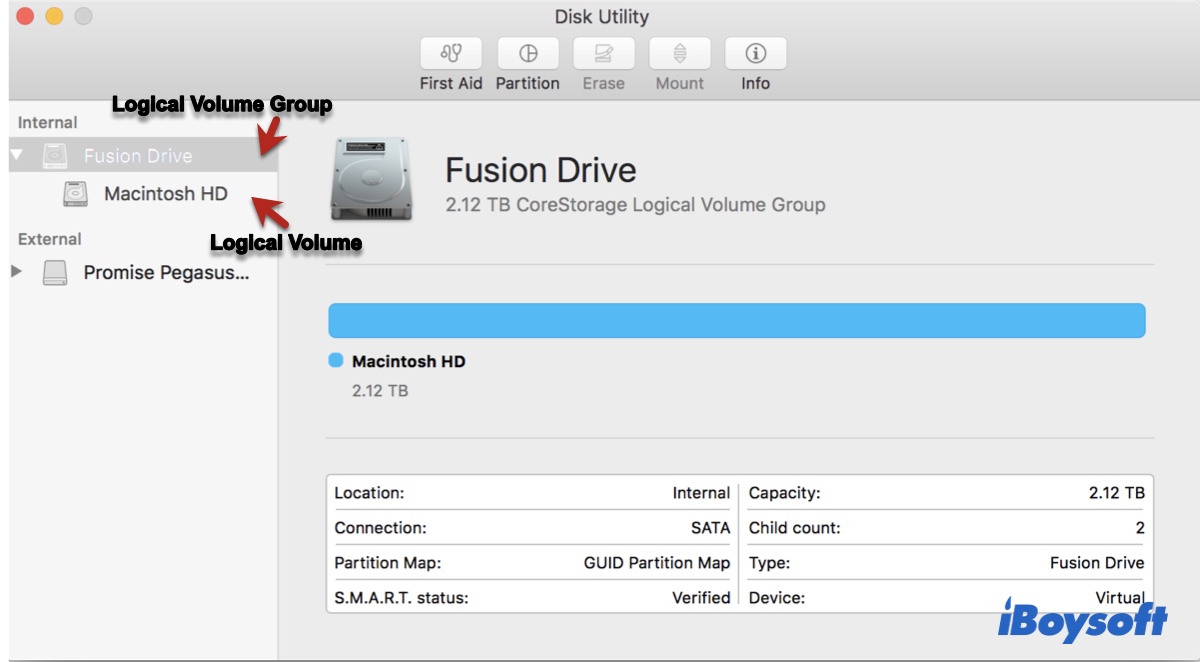 Except for the Physical Volume, you can list the other three by running the following command in Terminal. 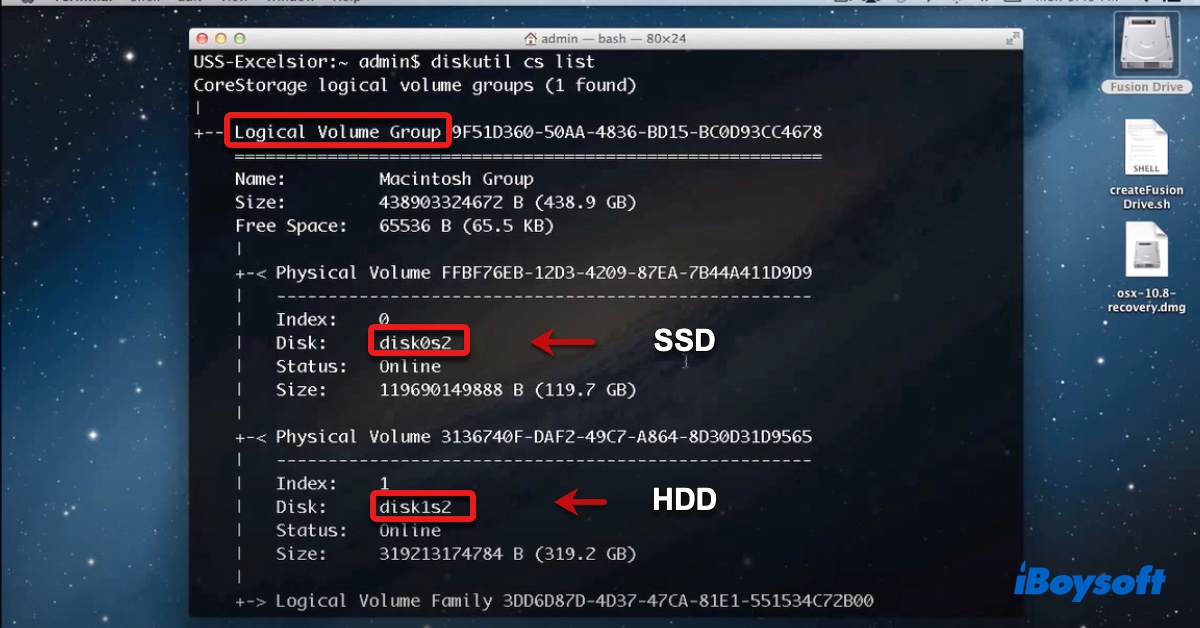 Note that disk0 represents the solid-state drive of the Core Storage LVG and disk1 means the hard disk drive. You'll often find disk0 before disk1 because the faster SSD is prioritized for storing frequently used files. If you have updated to macOS High Sierra or later, the command will return "No CoreStorage logical volume groups found" because the Logical Volume Group has been converted to a special APFS Container in the update. 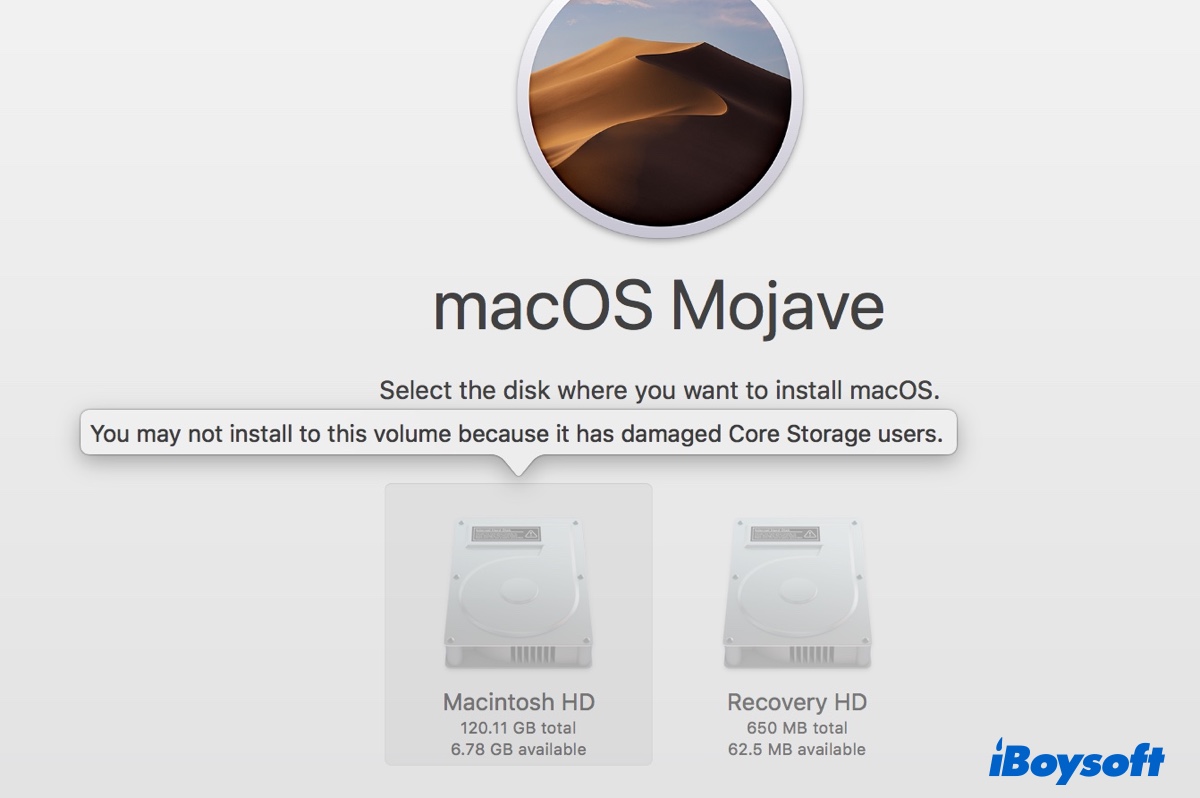 To fix it, you need to open System Preferences > Security & Privacy > FileVault on your Mac. If you see a message which says, "FileVault is not enabled for all users," you can click the corresponding button to authorize your user account. If it doesn't work, create a new user account to see if you can install macOS from it.