Cloud Encryption Software: Encrypt Data Before Uploading to the Cloud

Summary: This article will show you everything about cloud encryption and how to encrypt your data before uploading it to the cloud with the best cloud data encryption software. 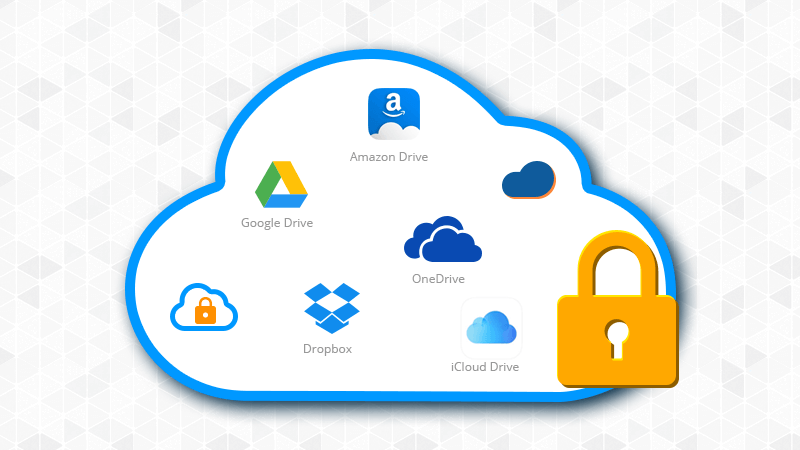 Thanks to Cloud storage which has largely extended the capacity of local storage devices and made tons of digital files accessible anywhere and anytime. However, with the growing number of business and personal data hosted in the cloud, people are more and more concerned about data security and expect reliable cloud data encryption solutions.

So, is there any cloud data encryption software that can encrypt files and folders before being uploaded to the cloud? And how does it encrypt cloud data? Let's dive right into the details.

What is cloud encryption?

Cloud encryption, or cloud data encryption, is the process of encoding data before or after uploading it to cloud storage. It adds a security layer to customers' photos, documents, videos, as well as other sensitive information in the cloud through an encryption password. In this way, customers can protect their data from unauthorized access or malicious usage.

However, in most cases, your cloud data is secure but not entirely private. Let's dig into the drawbacks of the cloud encryption solutions provided by the service providers.

Then you may ask: how can I encrypt my cloud data in order to keep it really private and secure? Read further.

How to encrypt cloud storage data?

Truth be told, the encryption offered by cloud storage providers is too basic to be enough nowadays. The good news is, that there're quite many third-party tools that you can apply to encrypt your cloud storage data before uploading it to the cloud.

That is to say, with a cloud encryption application, you can encrypt your data on your local computers or devices and then upload the encrypted data (known as ciphertext) to the cloud. It's only you that have the access to your encrypted files.

Usually, the encryption standard utilized by the third-party cloud encryption software is higher than that of the providers. For example, most such programs use AES-256 bit encryption, instead of the basic AES-128 bit encryption.

Besides, such software can also protect your files and folder security across different platforms and devices, including smartphones, PCs/Macs, and tablets.

So, with cloud encryption software, you can ensure the security of your important and sensitive data.

What is the best cloud encryption software?

There is a handful of cloud encryption software and most of them support mainstream cloud storage, such as Google Drives, iCloud, Microsoft OneDrive, and so on. Many of them are free for individual users or free to try for entrepreneur users, too. The big names include Boxcryptor, nCrypted Cloud, Encrypto, and more. Starting from your specific requirements, you can compare and find the best cloud encryption software.

We all love cloud storage because of its convenience and extended capacity. By default, your cloud storage files are encrypted at rest and in transit, such as Google Drive, and Microsoft OneDrive. It's still worth adding a security layer to your sensitive information with the help of cloud encryption software.

What's better, there's a handful of free cloud encryption software you can rely on. If you prefer even higher security and privacy for your business files, you can also choose the business editions with extra fees. Anyway, it's worth it.