A Roundup List of Video Converter for Mac in 2022

Choose the Best Video Converter for Mac in 2022

Nowadays, video or visual content is more and more popular on the internet. Due to its various forms and contents, it seems that videos have become an integral part of our daily life, and video websites like YouTube emerged.

Sometimes, you may find that when you try to open an interesting video, it won't open on your Mac because the video format is not compatible with the device. How annoying! In this case, a video converter for Mac is all you need. Read on for more details!

Why would you need a video converter for Mac?

As we all know, videos have a variety of formats, like MOV, MP4, and AVI. When you want to watch a video, but fail to open it because of the format compatibility issue, you can still watch it by converting its format. A Mac video converter can help.

Moreover, if you want to transfer a large video to your friends or family, a video converter can also help you to make it leaner in size so that you can do that more smoothly, and save you from one-year waiting for the transfer process.

In this part, we are going to show you the free video converter for Mac. If you don't want to spend any money on this video-converting event, then you've come to the right place. There are quite a few choices in the market you can choose, let's check them out! 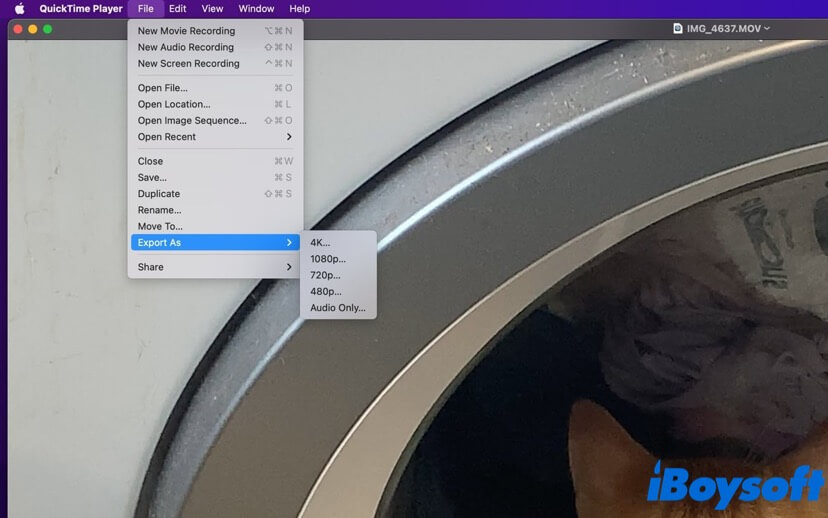 If you don't want to download any third-party tools from the internet, then this macOS built-in Mac video converter may suit your needs. You can find it going to Mac Launchpad > Others.

Despite viewing videos, QuickTime Player allows users to convert the original video to a 4k, 1080p, 720p, or 480p video. Also, it can extract the audio from the video you view. With the Audio Only feature, you can get a MPEG 4 audio file with an AAC audio track. Moreover, if you want to edit the video, like removing audio, or cutting and copying it, simply click the Edit tab from the Apple Menu on Mac, and choose the wanted option. 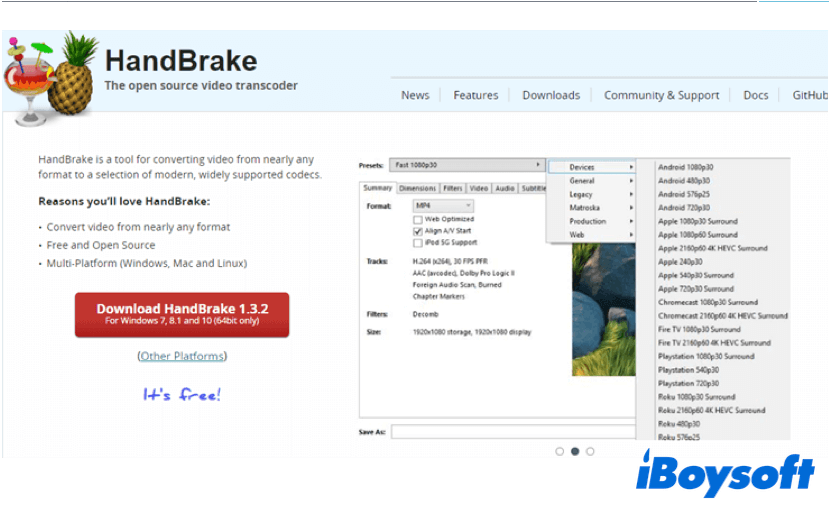 HandBrake is a great video converter for Mac, which is completely free and open-source, and has gained a lot of loyal users over the years. Though its user interface is rather basic, it can suit most users' needs in video conversion.

HandBrake offers its users a decent selection of editing options, and its quality of output video is impressive. It can handle 4k resolution, and output videos in various formats, such as MP4, MP3, MOV, MPEG, and M4V. Moreover, this tool is ads-free. So, you don't need to be worried about annoying pop-up ads when editing your videos. 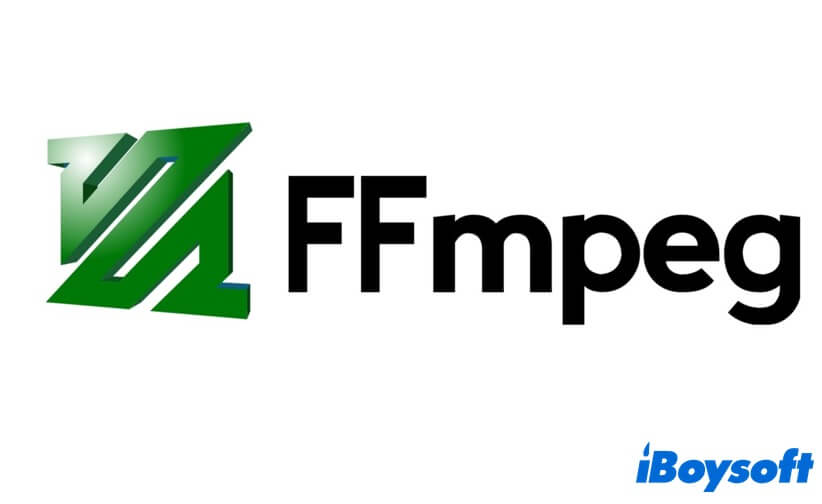 FFmpeg is an advanced Mac video converter for professionals, so, it is not as user-friendly as the above two tools that we mentioned. It is a video converter that works based on command lines.

For those who haven't dealt with text-based program control tools, like Mac Terminal, FFmpeg is very hard to use. But, this tool is still one of the most-used video converters because of its versatility. Despite converting videos from one format to another, it can also handle other tasks, such as audio transcoding, extracting frames, adding a letterbox, stacking videos, and so on.

If you feel not comfortable with its human-machine interaction way, just skip it. But still, it is a really handy tool for video converting and editing. 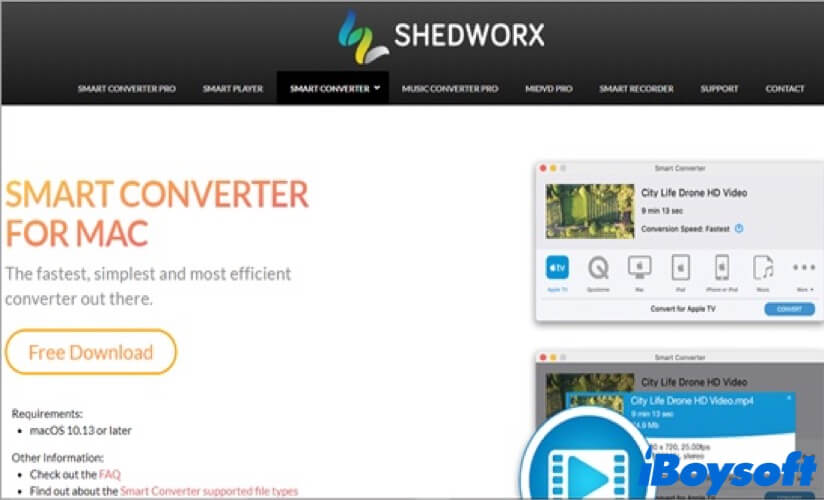 Smart Converter is also a very popular free video converter for Mac. Despite all its powerful features, the most attractive thing about this tool is its easy-to-perform operations. Unlike FFmpeg, users can edit and convert their videos using the Smart Converter with one click.

Also, this tool offers its users more than 100 formats that they can convert videos to and a rather fast video conversion speed. Moreover, it offers a pro version, which has extra features like embedded subtitles. So, if you want to use its other important features, you can go for a pro version. To be honest, the free version of Smart Converter is enough for daily use. Anyway, it's all up to you!

Apart from free Mac video converters, you may be interested in the paid video converter for Mac as well. Here, we provide you with a checklist of video-converting tools in the market, read on for more details! 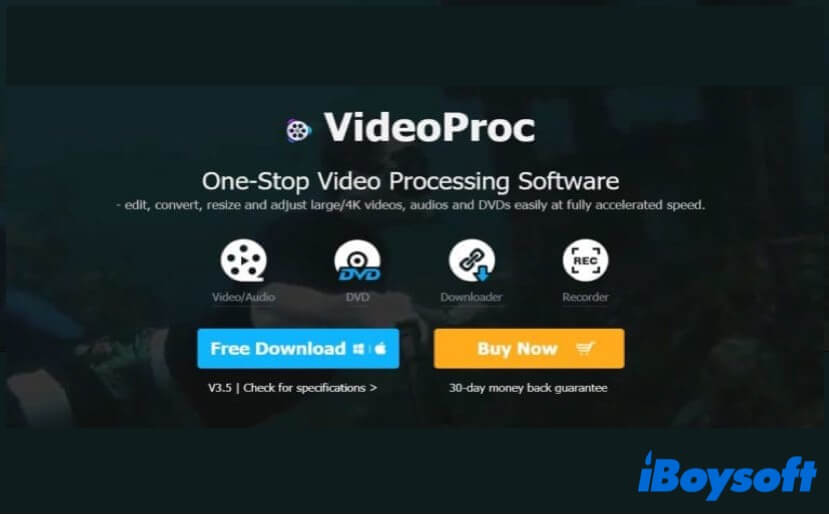 VideoProc may be the best video converter for Mac due to its user-friendly interface, powerful features, and high conversion speed. This tool is especially popular with GoPro users nowadays, because some of the features of VideoProc enhance the GoPro conversion process, thus it is highly praised by those GoPro users.

Moreover, despite 70 input formats, its deshake and denoise tools are quite useful for your raw footage. VideoProc covers almost all regular features that the free video converter app does, like split, trim, slip, and merge. More importantly, it can handle 8k resolution easily.

Though videoProc has a free trial version, you can only convert video within 5 minutes at a time with it. The full version of it costs $25.95 for the first year. 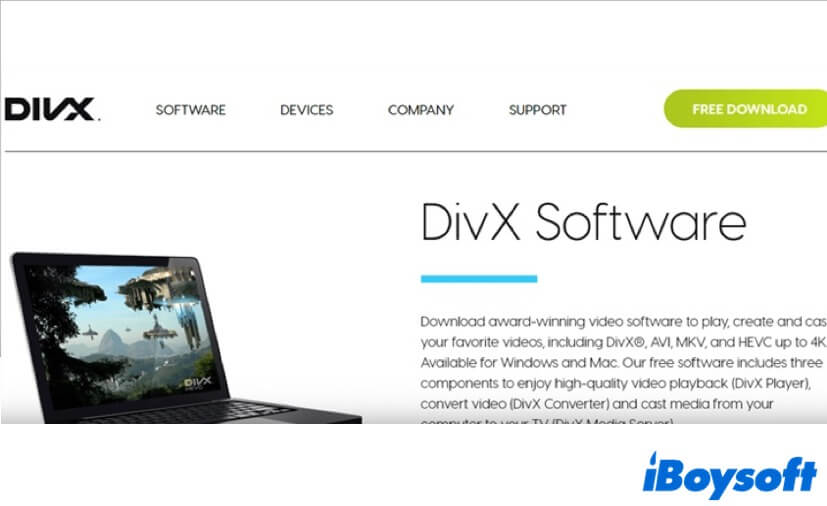 As its name indicates, DivX Converter is a Mac video converter for creating DivX Plus (.mkv) files. Also, it can create H.264 and Hevc videos. This tool can help you limit the video resolution and size and add up to eight audio tracks. But unfortunately, DivX Converter is not an Apple Silicon native app, so you have to run it under the Rosetta 2.

There are two versions of DivX Converter, one is free while the other is pro. The free version is full of annoying ads and upsells, if you think you can ignore all these messes, the free version is all you need. But if you go for a pro, you can get extra features that the free one does not has, and there are more video formats you choose in the pro-version. It costs $19.99 to upgrade the free version to pro. 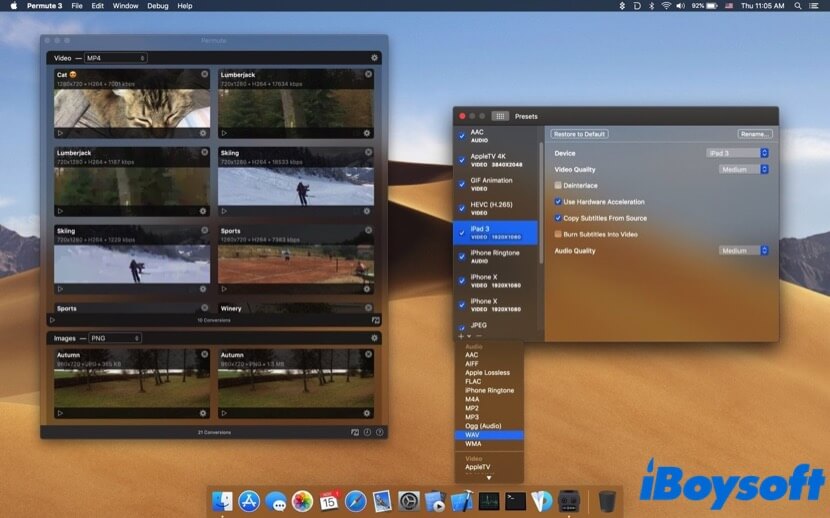 Permute 3 is the last paid video converter for Mac in this list. Unlike those we mentioned above, Permute 3 is not only a “video” converter, it can also handle sorts of content, including audio and image.

With this tool you can convert several videos at a time, also, you can schedule the video conversion time to meet your needs. Besides, it covers most free video converter's features, and its prices are rather low. It costs $14.99 from the App Store, so you pay and download it directly without opening any website on the internet. 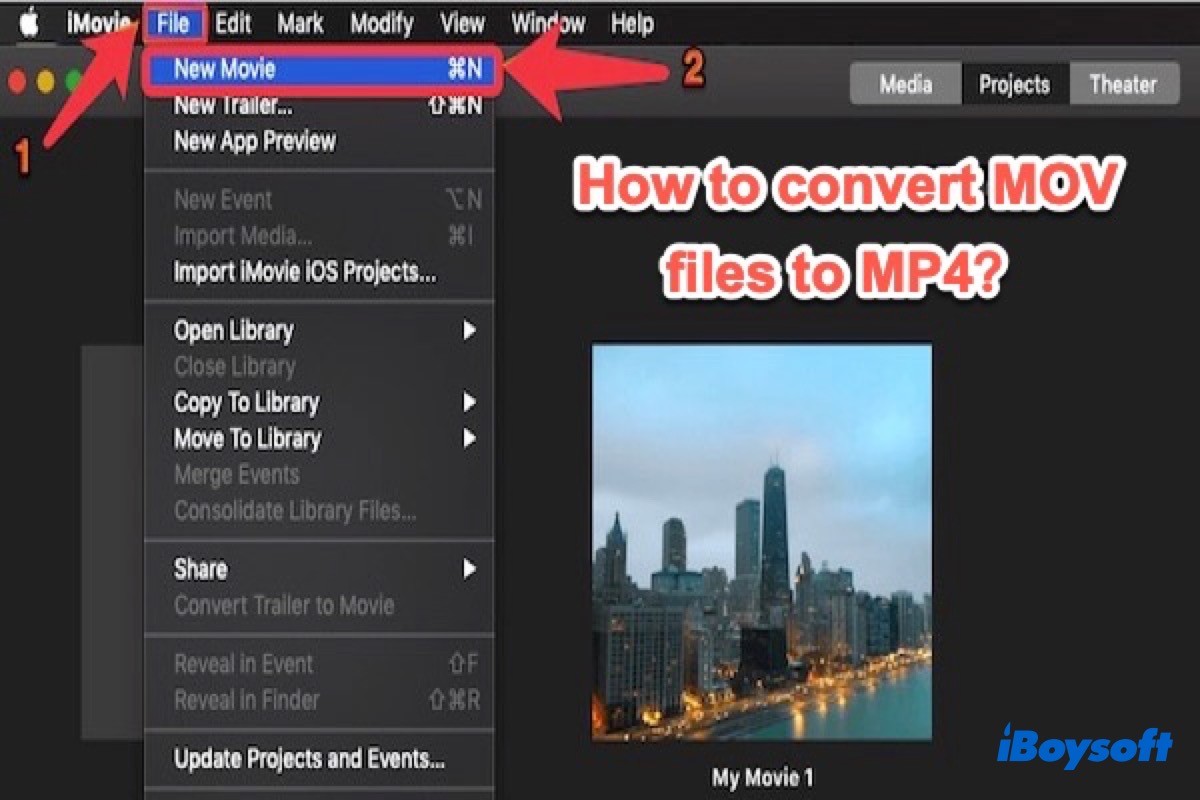 How to Convert MOV to MP4 (for Free & Simple)

If you think this roundup list of Mac video converters is helpful, share it with more people!