Apple's event in October 2021 just confirms people's rumors about the new MacBook Pro and the new Apple silicon Mac. But unexpectedly, Apple released two silicons at once - M1 Pro and M1 Max, as the successors of the first-generation M1chip debuted in late 2020. For your information, in March 2022, Apple released its M1 Ultra chip.

There is no doubt that M1 Pro and M1 Max will bring faster speed and better performance than M1. In this post, I am going to compare these three Apple silicons from multiple dimensions so that you can have a comprehensive and deep understanding of the differences between them.

Compare M1, M1 Pro, and M1 Max in these dimensions:

With more cores, the M1 Pro chip and M1 Max chip can crush everyday jobs at a scary fast speed that is up to 70% faster than M1. Meanwhile, Apple greatly decreases the power consumption of the new chips, using up to 70% less power when achieving the PC chip's peak performance. 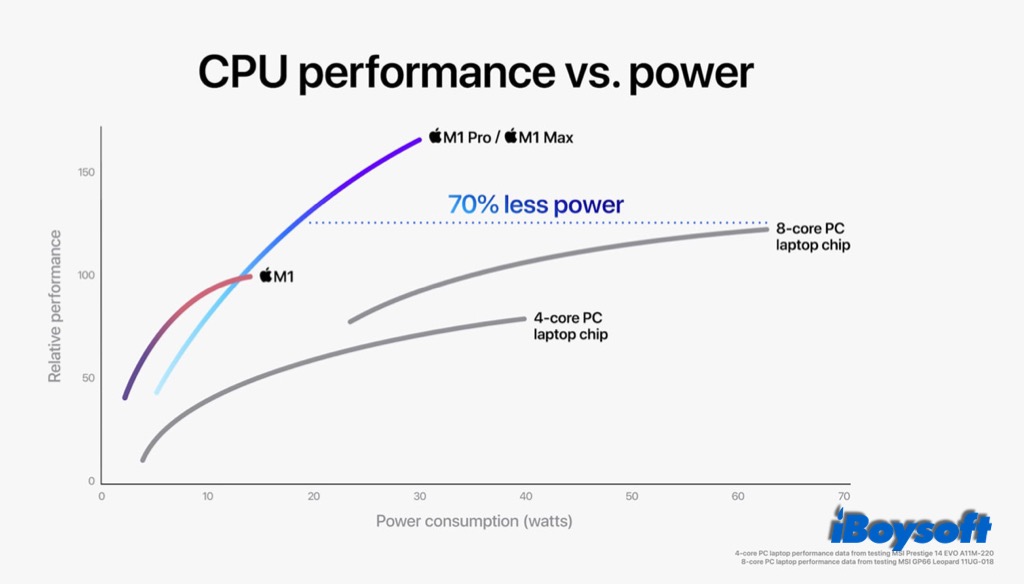 Compared with the previous generation, Apple doubles the CPU cores on the M1 Pro chip with 14 or 16 GPU cores. And the M1 Max chip integrates 24 or 32 GPU cores. With such a powerful GPU, the new chips will bring you incredible graphics performance. It supports more graphics-intensive projects than ever and provides faster 4k and 8k render speeds. 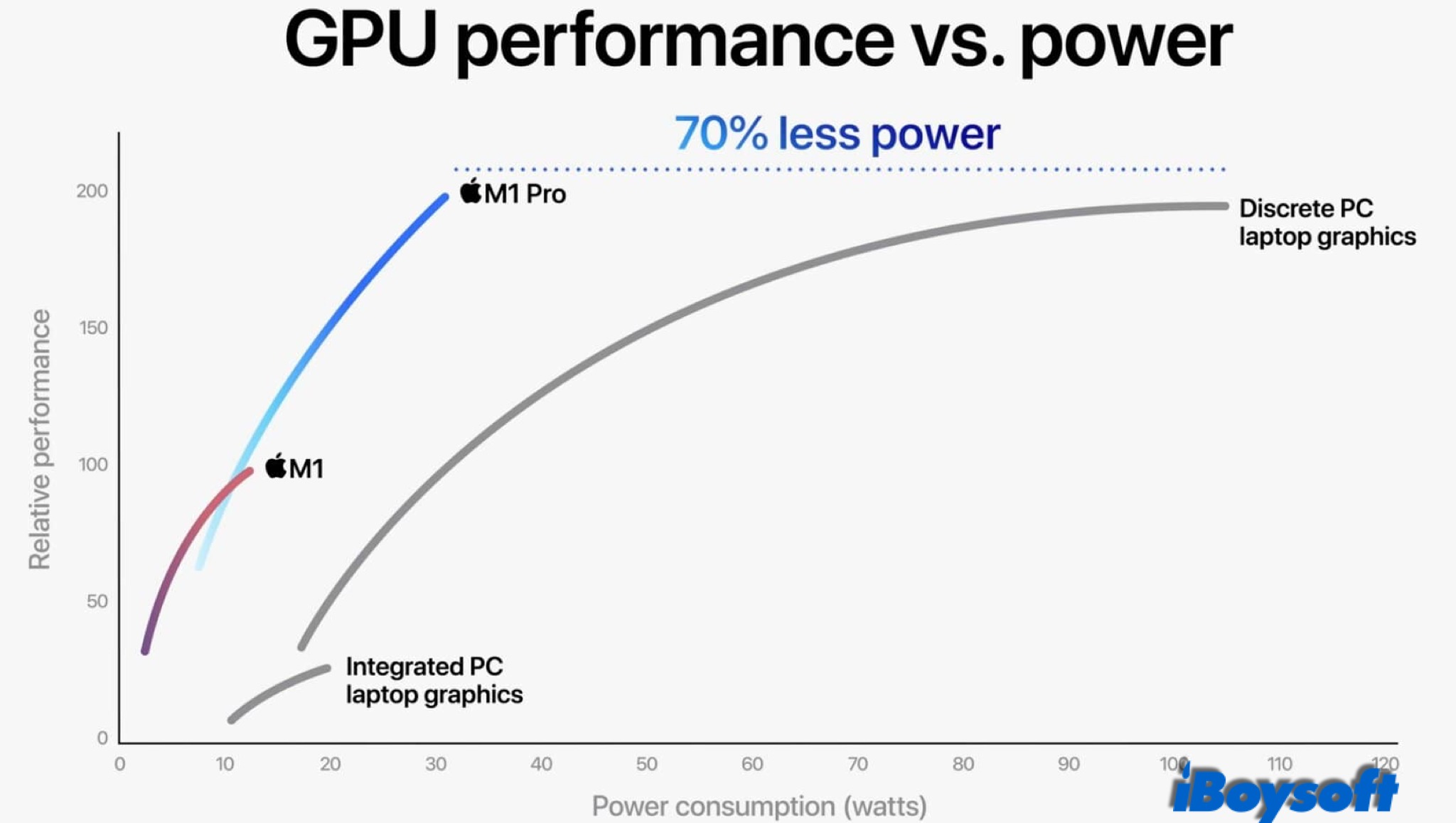 The maximum RAM support on the M1 is 16 GB, the M1 Pro is 32 GB, and the M1 Max is 64GB. The increased memory means the laptop could let the CPU and GPU access more data at the same time, which will bring you a smoother and faster experience.

If you like the information provided in the article, spread it!

Equipped with industry-leading media engines, it accelerates the speed of video processing with less power consumption. And it scales up the performance to a new level with ProRes, one of the highest quality formats in professional video production. You can play multiple streams of 4k and 8K ProRes videos on your MacBook Pro. 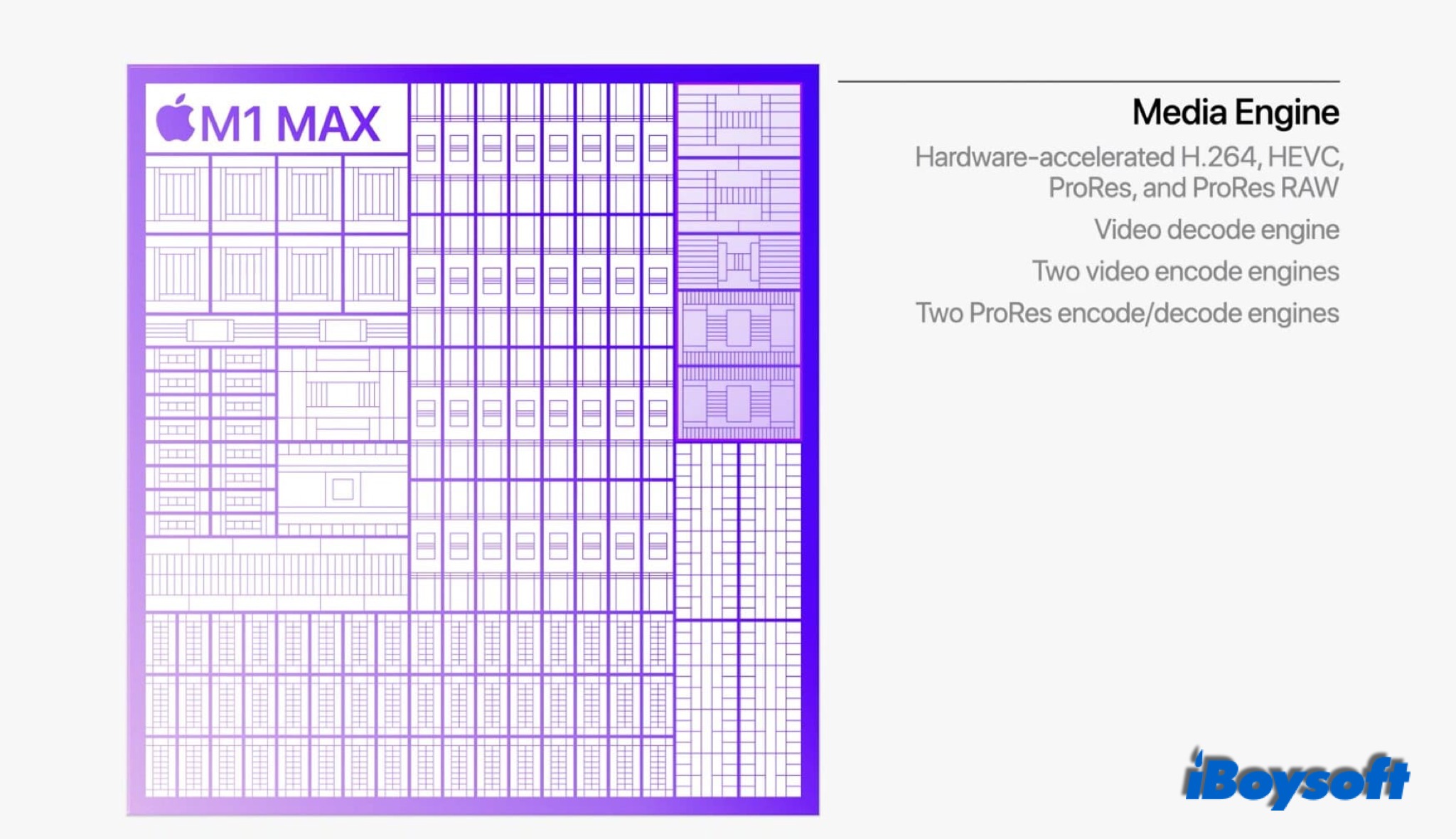 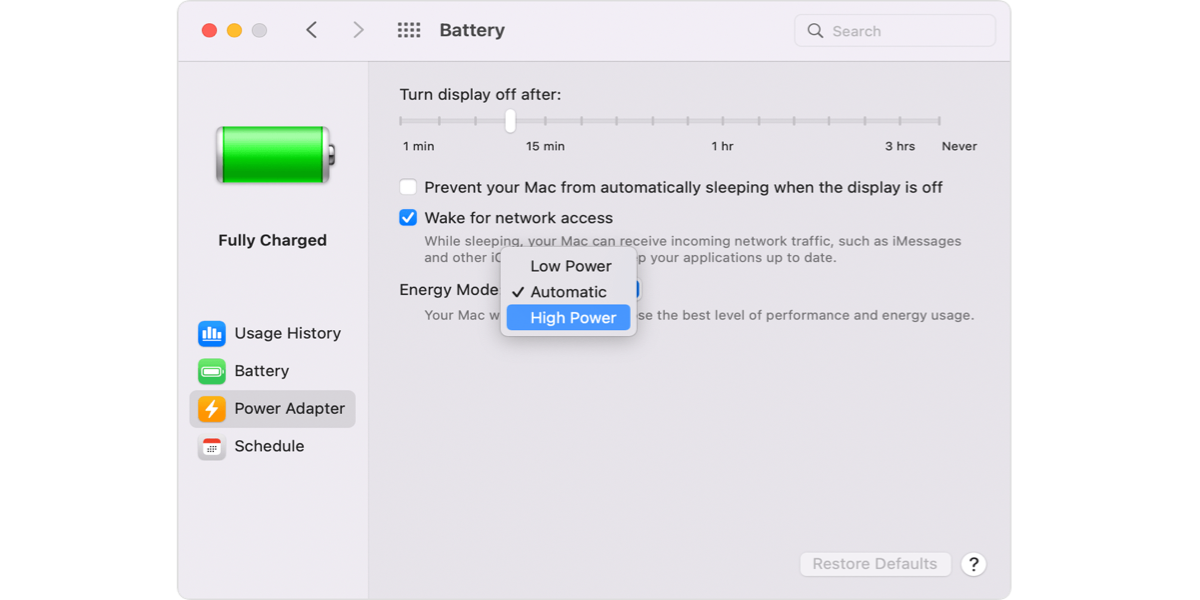 High Power Mode on 16-inch MacBook Pro: Do You Need it?

This article introduces what high power mode on 16-inch MacBook with M1 Max is and how to enable and disable it. Find out if you will need this energy mode. Read more >>

Besides, the M1 Pro and M1 Max chips contain other advanced technologies to make a complete and professional system. The powerful display engine can drive multiple external displays, Thunderbolt 4 controllers provide more I/O bandwidth, and the memory bandwidth is 200GB/s on M1 Pro, and 400GB/s on M1 Max. A longer battery life with M1 Pro and M1 Max chip for their high performance and low power consumption.

Given that Apple M1 Pro and M1 Max are designed for MacBook Pro, you can only get these chips by purchasing the new MacBook Pro released on October 18th, 2021. You can freely choose to equip your pro notebook with an M1 Pro chip or M1 Max chip, a different CPU, GPU, and unified memory.

MacBook for Students: A Definite Buying Guide in 2022

This article tells which Mac is the best MacBook for students, and helps you find out if you should buy a MacBook Pro or a MacBook Air. Read more >>