My Seagate Backup Plus drive Slim disk box states it can be used with both Windows and Mac. It worked fine with the Power Mac and also with the Windows machine. However, after I used it on a Windows machine, it appears as Read Only on Mac. Other than formatting, what can I do to regain write capability with the Mac? I would like to use the disk to move files back and forth between the Windows and Mac machines. Any suggestions on how to write to Seagate NTFS hard drive in Mac?

At most of the time, Mac computers are very easy to use. But sometimes, troubles happen to our Mac to make it can't be used as usual. From the feedback of many Mac users, one of the problems that we may meet is that Seagate hard drive is read-only on Mac. As one of the most popular hard drive brands, Seagate hard drive has enjoyed lots of users.

How to write to Seagate NTFS hard drive in Mac? 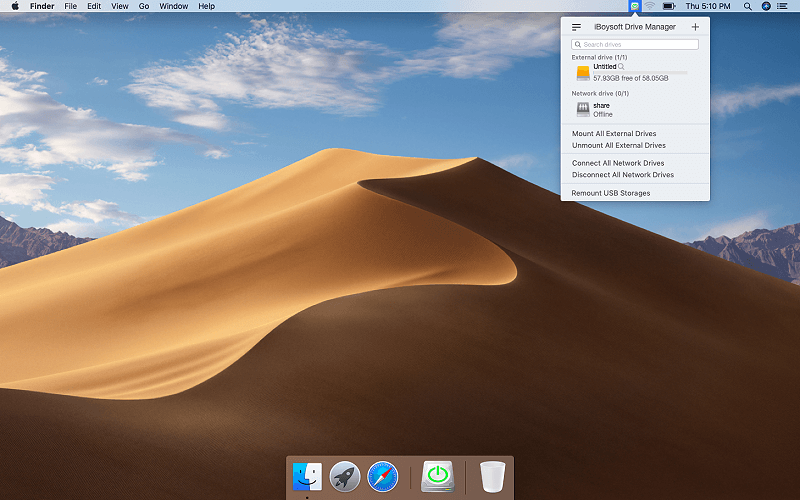 Step 1: Download and install iBoysoft Drive Manager on our Mac.

Step 3: Write to Seagate NTFS drive after getting notified that the NTFS drive has been mounted successfully.